Geekadelphia, Organic Yogurt and the World of Professional Blogging

While the blogosphere is a crowded place these days, it also has employment potential for writers who can master that all-important conversational tone. Blogs help communicate personality, which is why companies have embraced them as a way to connect with their customers. Do you have what it takes to be a professional blogger? …Read More 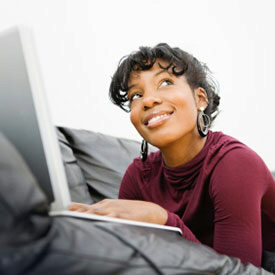 Social media whiz and self-declared geek Eric Smith loves his job. As social media and marketing coordinator for Quirk Books, a small publishing company in Philadelphia, Smith contributes to the site’s blog, among his other responsibilities. In 2007, he and friend Tim Quirino created Geekadelphia a blog about geek culture in Philadelphia and one of the most trafficked independent blogs in the city, according to Technically Philly. Smith’s passion for blogging – writing and posting journal-like entries often relating to a specific theme — has become his profession, a job that would not have existed a mere 10 years ago.

Like many bloggers, Smith began online writing as a personal hobby during high school. Back then, he started ericksmithrocks.com as a mode of self-reflection and keeping friends updated when he moved away for college. Smith then went on to work as a blogger for Tango Magazine and Uwishunu, a Philadelphia blog about things to do around the city, before working at Quirk Books and developing Geekadelphia.

Whereas blogs often get their start as virtual diaries, the online persona manifested by a blog through its conversational tone has become a stealthy marketing tool for both individuals and organizations. Smith notes the potential for self-marketing on a blog: “It gives you an online platform, an identity online, a place you can point people to that shows what you’re up to and what you’ve done. Yes, résumés and portfolios do the same thing … but blogs show personality. It makes you a person, not just a sheet of paper.” Many companies have tapped into the intimacy established between bloggers and readers, and today more than ever, corporations are exploiting blogs as a way to establish a more personal connection with their customers.

New Hampshire-based Stonyfield Farm, one of the pioneers in corporate blogging, entered the blogosphere in 2005 when former CEO Gary Hirshberg wanted to find a new way to reach out to consumers. “I was really intrigued by the kind of immediate intimate connection created by blogging,” said Hirshberg in a 2005 interview with Businessweek. “We wanted somebody who could speak as you and I are speaking right now.” Writer Christine Halvorson became the author of five blogs for Stonyfield, including The Bovine Bugle and Strong Women Daily News. Hirshberg also contended that, at the time, Stonyfield Farm could not compete with media-based advertising used by bigger organizations. Blogging became a way for small businesses to remain competitive in the consumer market. According to Internet news blog Mashable, small businesses that have blogs receive more than double the amount of traffic than those that do not.

In 2005, the year that Stonyfield Farm began blogging, the corporate blogging age experienced a tipping point. That same year, Arianna Huffington launched The Huffington Post with a $2.5 million seed investment. According to Mashable, “Since then, the site has become the most popular blog on the Internet and a leading voice in American politics, with millions of contributors, both paid and unpaid. Furthermore, it has taken in about $37 million in venture capital funding.” WordPress was also launched in 2005, creating a free blogging platform accessible to anyone with a computer — something that previously required technical expertise. Today, WordPress powers 32 million blogs, according to Businessweek.

‘Write about Your Passion’

Companies see blogging as a forum for establishing informal relationships with consumers. Mashable even warns against using blogs for overt marketing purposes: “A company blog is an opportune place to let down your hair and get to know your customers. Think of it as a conversation between people, not between a brand and one person.”

Unlike other forms of advertising, blogs also allow customers to take on a more active role. “Commenting on posts, submitting their own stories, getting updates,” said Hirshberg in Businessweek, “keep the consumer close to the brand, and makes them feel like they are a part of the story, a part of the growth.” Hirshberg predicted that blogging would help establish customer loyalty.

For Emily Hoff, a sophomore at Saucon Valley High School in Pennsylvania, blogs are an active space for online learning. “When I read a blog, it’s usually for school, where I can work collaboratively with my other classmates and teachers,” she says. Hoff mostly uses sites hosted by Blogger, Google’s answer to WordPress. According to Hoff, blogs allow for educated discourse. “I like [blogs] because I can expand my opinion on a topic,” Hoff says. She does not blog herself, but prefers to comment on others’ blogs and sees this interaction as an efficient way to spread information.

It is no wonder, then, that more and more companies are hiring people like Eric Smith to act as the personalities of their organizations. Businessweek also notes that many companies reduce costs by allowing bloggers to telecommute, meaning that organizations can recruit world-class talent without paying Silicon Valley salaries. Automattic, the company behind WordPress, is one such company; only eight of 123 employees work in the office on a normal day. According to Simply Hired, an employment website for job listings, an average blogger makes $32,000 per year.

The hardest part about being a professional blogger? Scheduling your time, says Smith: “It’s tough … I’m always writing, whether I’m fussing over a book idea or writing a new article, but most of my blogging happens earlier in the week so I can manage my time properly.” Smith’s advice for beginner bloggers is to start by researching other blogs to decide what you want to write about. “Write about your passion,” he says, “and you will not only want to write all the time, but you will also attract other readers who share the same interests.” And maybe, like Smith, writing about what you love can become what you do.

What is Stonyfield Farm and how is it significant to the blogosphere?

How can a blog help a person or a company establish ‘an online identity’?

9 comments on “Geekadelphia, Organic Yogurt and the World of Professional Blogging”