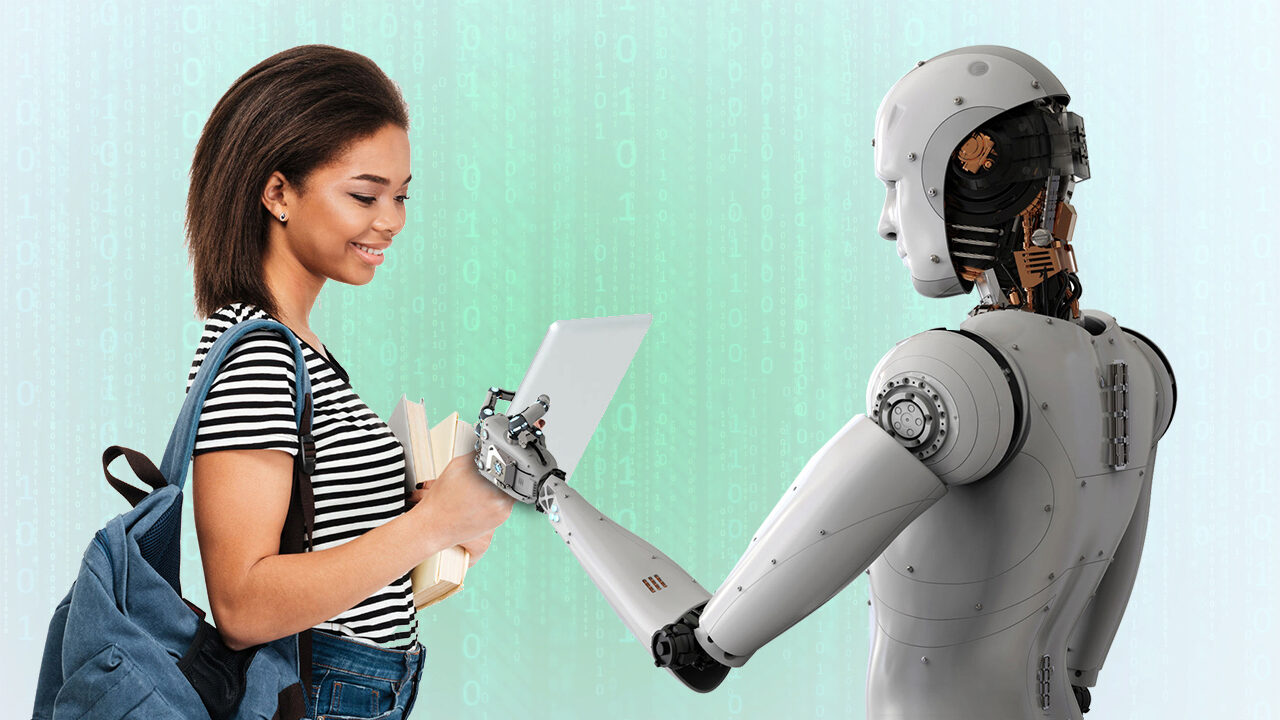 Emerging entrepreneurs, investors and business leaders are gathered this week for the Global Entrepreneurship Summit (GES) in Hyderabad, India. The theme of the well-attended three-day summit is “Women First, Prosperity for All,” highlighting the role women play in fostering global growth and prosperity.

While women like Ivanka Trump, who is leading the U.S. delegation, are in the summit spotlight, a teenager from Australia named Hamish Finlayson also has people talking. Finlayson, 13 and the youngest entrepreneur at GES, has developed five apps, four of which are related to the environment. LitterbugSmash, for example, is a game and fundraising tool designed to protect oceans and save turtles. Finlayson has a knack for solving problems using technology like coding and robotics. “I would like to work in the Virtual Reality (VR) and Artificial Intelligence (AI) space,” he told a reporter at the conference. “And then maybe create mixed reality, which is a combination of both.”

As Useful as a Database

Finlayson represents the future job market, one in which technologies like AI — human intelligence exhibited by machines — will find its way into nearly everything we do. One look at today’s landscape of start-up businesses shows the power of artificial intelligence and how it will transform our lives.

Frank Chen, a partner at top venture capital firm Andreessen Horowitz, said recently at an AI conference in San Francisco that many of the roughly 1,500 startups his firm sees annually began turning to AI two years ago. “Now, 60% to 70% of the companies we see self-identify as an AI startup,” he noted. Chen predicted that AI would become as pervasive in business as databases did because of its usefulness. Databases are “so generally useful, they got assigned to all the applications. AI is exactly the same,” he added. “AI is going to get into everything.”

So, who are these cool startups and what are they working on? Check them out! They could become your future employers.

Startups deploying AI can do everything from using drones for medical deliveries to helping lawyers prepare for court. Chen said his firm has invested in Zipline, an AI startup that uses drones to deliver blood to remote places such as western Rwanda. The service is critical to locations that are hard to access by land. “By the time a truck can get there, it may be too late,” he said. Medical personnel in the field use an app to order blood by type. Half an hour later, a drone drops it out of the sky. The drone has a 75-kilometer range and accuracy of five feet. Chen said Zipline is making up to 500 delivers a day and is looking to expand.

Everlaw helps lawyers prepare for trials. The first step in any trial is the gathering of evidence. The startup uses AI to do things like read documents to find ones helpful to the lawyer’s case and identify those that need to be sent to the opposition to avoid a mistrial. “This categorizes documents automatically so you don’t miss documents that are important,” Chen said.

Naturali is a China-based firm that uses AI and speech recognition to speed up the access and usage of apps. For example, to order an Uber ride, you have to unlock your phone, click on the Uber app, type in the destination, choose the type of ride and then book it. “Wouldn’t it be nice if you can just tell your phone — ‘Uber ride Crowne Plaza San Francisco’ — and then the Uber app just gives you the car?” said Dekang Lin, Naturali’s co-founder and chief technology officer. “We upgrade apps with a speech interface … to translate speech into clicks and swipes.”

Voicera aims to make meetings more productive. It created Eva, a digital personal assistant for the workplace. Omar Tawakol, founder and CEO of the startup, said the most used forms of business collaboration are instant messaging and email. But during meetings, employees are disconnected from this workflow and may forget to do follow-ups. Moreover, “the vast majority of the conversations are lost in the ether,” he said. Eva will take notes, process the meeting and send a summary of it to participants. It also could be instructed to do action items, such as send a copy of a presentation to everyone in the meeting.

Shield AI is a startup that developed drones to fly through combat or crisis situations. For example, the drones can map a building in real time to construct 3D maps and identify the people inside. “Today, when we’re in hostile territory, we send young people with guns inside buildings,” Chen said.

C3 IoT helps companies solve business problems by leveraging four big tech trends: big data, cloud computing, AI and machine learning as well as the Internet of Things. For example, it helped one Italian utility detect fraud using smart meters. About 3% of electricity in that country is stolen, said Zico Kolter, chief data scientist. Some people even put car cables around the electricity meter to siphon it off. “We predict the probably of fraud and probability of recovering energy,” he said. In another case, the startup monitored oil and gas wells to see which are more likely to fail and cause environmental issues.

BioAge Labs is a life extension startup that uses machine learning to help people live longer. “They look for small molecules in your blood stream that are predictive of mortality,” said Chen, whose firm has invested in the company. “What they’ve done through machine learning is identify … molecules to focus on for drug discovery that might help us extend life.”

Airware is a drone analytics startup serving industries such as mining. For example, mine owners need to follow many safety regulations and one rule is to use rocks as road markers to guide vehicles. The rule is that these rocks need to be twice as high as the tallest wheel of the vehicle. Mine owners usually send people out to measure the height of the rocks. Airware simplifies the process by using drones to analyze imagery and identify rocks that are too short. It can also analyze a road’s steepness and recommend that drivers take another route to save on fuel.

Choose an AI start-up business named in the article and research it further. What did you learn? Compare and contrast your research with a partner or in a group.

Are you working on a project that uses artificial intelligence or machine learning in some way? Share details here in the comment section or email KWHS at https://globalyouth.wharton.upenn.edu/feedback/. We want to hear about it!