In honor of National Entrepreneurship Week, from February 18 to February 25, KWHS profiles Maddie Bradshaw, creator of the trendy Snap Cap bottle cap necklace and founder of M3 Girl Designs, LLC, whose total sales clock in at more than $5 million. Bradshaw talks about starting her business, her recent appearance on the TV show “Shark Tank” and why she feels her product won’t be a one-hit wonder.…Read More 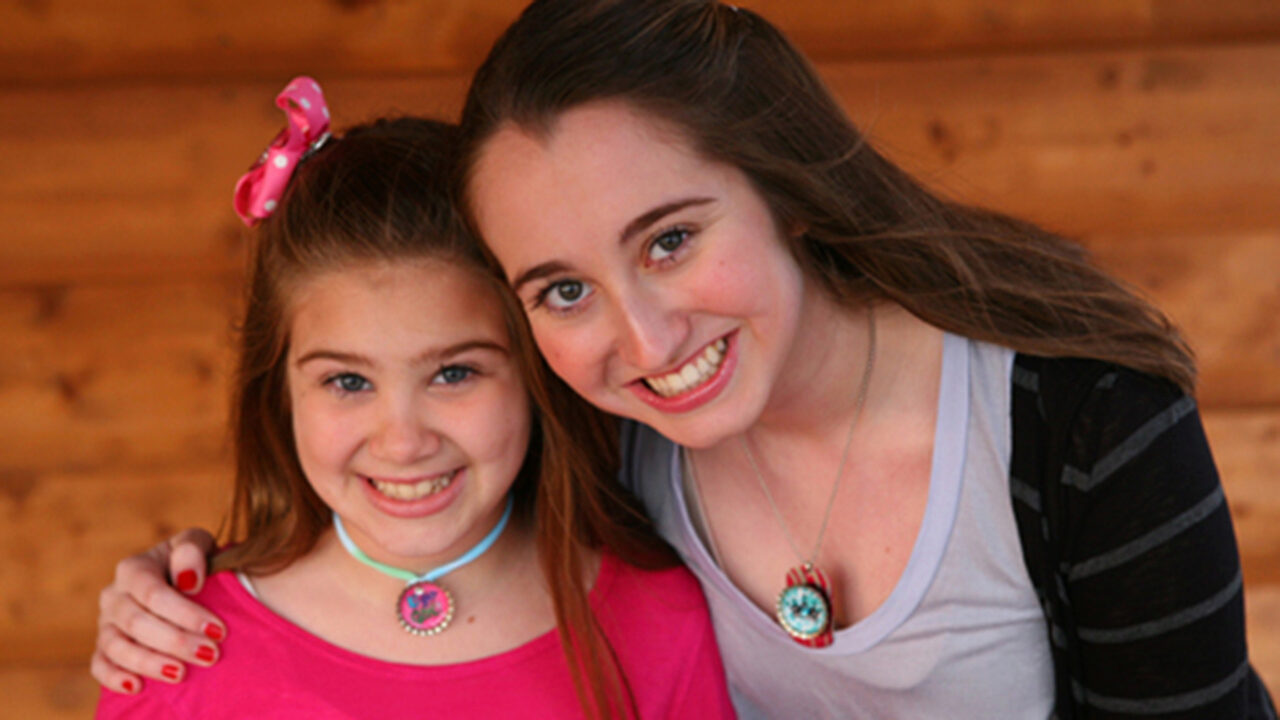 Update:  While Maddie Bradshaw’s story and creative bottle cap designs captured lots of headlines following their debut on Shark Tank in early 2012, more recently the company has run into some trouble – m3 girl designs hasn’t posted on its Twitter account since June 2014. It seems the company was embroiled in a legal battle with another business, Blue Brownies, that began way back in 2010 over intellectual property rights. M3 girl designs claimed it had a copyright that protected its bottle cap designs, but later changed the suit to claim that Blue Brownies’ jewelry products constituted trademark trade dress infringement, which means how a product is “dressed” to go to market. Ultimately, the judge ruled in favor of Blue Brownies (see ruling in Related Links). KWHS hopes to speak with the Bradshaws to get the real story. Until then, please read the following story knowing that an appearance on Shark Tank and interest from investors did not result in a runaway success for m3 girl designs.

For Maddie Bradshaw, a sophomore at The Hockaday School in Dallas, Tex., standing up in front of her English class to deliver a 45-minute presentation is a piece of cake. What’s her secret? Bradshaw, 16, says her confidence comes from being a wildly successful business owner.

When she was 10, Bradshaw invented Snap Caps, an interchangeable, magnetic bottle cap necklace that became an overnight sensation among tweens. Soon after, with help from her mother Diane and younger sister Margot, she started her own jewelry business, M3 Girl Designs, LLC, which has reached more than $5 million in sales since its inception and sells some 50,000 necklaces a month.

Swimming with the Sharks

With success has also come a lot of media attention, landing Bradshaw on everything from local news segments to national TV programs, including ABC’s “The View” and “Shark Tank.”  “I was so nervous about answering questions from Barbara Walters,” recalls Bradshaw of her appearance on “The View.” “But with each new opportunity to talk about the company in front of people, I gained a bit more confidence and learned that I could do more than I thought I could do.”

During Bradshaw’s “Shark Tank” appearance, which aired in February 2012, she, her sister and her mother asked the “Sharks” – a panel of five investors who listen to business pitches and set up financial and mentoring deals with entrepreneurs – to invest $300,000, for which they offered a 15% stake in the company. Bradshaw ended up negotiating a partnership deal with three of the sharks, which included $300,000 to expand her business globally and invaluable mentoring from guest Shark Lori Greiner, a well-known QVC personality and successful inventor of more than 350 retail products. “Teen entrepreneurs can learn so much from a mentor,” says Jack Bienko, deputy director of the Small Business Administration’s Office of Entrepreneurship Education, which is celebrating National Entrepreneurship Week February 18 through February 25. “With a very vibrant network of organizations out there to help them, they should never feel like they have to go it alone.”

As the company’s president and head designer, Bradshaw has received a crash course in everything from trademarks and LLCs (Limitied Liability Companies) to marketing and human resources. Her mother acts as CEO, handling the financials, helping to make business decisions and stepping in when adult consent is needed. By structuring the company as an LLC, Bradshaw, her mother and her sister were each able to own a portion of the company and protect their personal assets in case anything bad happened to the company. “Most importantly,” adds Bradshaw, “I’ve learned that to be successful you have to love what you do,” she says. “I took my love for art, created an idea and ran with it.”

It all began when Bradshaw couldn’t find any “cool” decorations for her school locker. As a result, she decided to turn bottle caps from her uncle’s old Coke machine into fun magnets. She drew her own designs, put them inside the caps and stuck them on her locker. “When my friends saw the caps, they wanted me to make some for them,” says Bradshaw, who also designed magnetic necklaces so the caps could be worn. “I started thinking that maybe other kids would like them, too.”

To test her theory, Bradshaw took 50 of her handmade bottle cap necklaces to a local toy store. In two hours, they sold out and the store asked for more. “At that point, I knew I was onto something,” says Bradshaw. “I think we were successful in the beginning because I was more focused on having fun and less worried about failing.”

Bradshaw spent $300 of her own money, which her mother matched, to buy supplies. Today, with annual sales around $1.6 million, she has most definitely had a return on her investment. “I’ve come to realize how important it is to market your business,” says Bradshaw, whose designs are now sold in more than 6,000 U.S. retail outlets, including Nordstrom and Amazon.com. “When people hear the story behind our business, they really connect to us and our product.”

One reason teens make such great business people is that they are fearless and willing to put themselves out there, says Bienko, adding that it also takes a combination of project management skills, sales savvy, marketing know-how and money smarts.

In addition to creating most of the jewelry designs, Bradshaw attends the company’s business meetings, talks about the designs and attends trade shows. “I truly think that this business has taught me a lot of life skills, but what I learn in school is just as important,” says Bradshaw, who plans to continue building on her business knowledge at college. “I’m interested in being a patent attorney. I also think I’ll start a new business.”

Bradshaw gets e-mails every day from young girls who want to start their own businesses but don’t know how. As a result, she recently wrote and published her own book called, You Can Start a Business, Too. “I love that I have an opportunity to reach out and help others,” says Bradshaw, who is also working on setting up a scholarship to help aspiring young entrepreneurs. “Not everybody has the money like I did to pay for start-up costs.”

According to Bienko, a common trap teen entrepreneurs fall into is not having a plan in place for moving their businesses forward. “To achieve success and show people that they are serious, young entrepreneurs should have a business plan.”

Although Bradshaw admits that she’s outgrown Snap Caps, she is not worried about her company becoming a one-hit wonder. While Margot, 12, and the company’s vice president, has become more involved with the direction and design of Snap Caps, Bradshaw has added a new Spark of Life line of necklaces and stackable bracelets targeted at her age group. “The great thing about our company is that it’s growing with me,” she says. “As my tastes change, so will the products.”

Why has Maddie Bradshaw been successful?

Why is new product development so critical to Bradshaw’s business?

Have you purchased Snap Caps? If so, why? Why do they appeal to the consumer?