If you feel the pressure, you are not alone. High school students around the world are grappling with the question: "What do I want to do with my life?" One of the best ways to find out is to ask lots of questions. Howard Brown, credit analyst with TD Bank, recently offered some answers about choosing a career to high school students in the KWHS summer program. "Don't just have a dream," urged Brown. "Become organized. Write it down!"…Read More 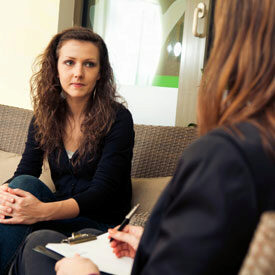 “What do you want to be when you grow up?” Adults — from your nosy neighbor to your perky guidance counselor — have been asking this question for years. When you were young, you could imagine life as a painter, a doctor or an astronaut. As you get closer to college and begin thinking about a career, that process may no longer feel like the fantasy game it once was. Instead, such decisions become daunting and at times paralyzing. After all, how many people really know what they want to do when they are 17?

“In high school, I had no idea what I wanted to do with my career until I took a marketing class,” acknowledged Howard Brown, credit analyst and assistant vice president at TD Bank, during a recent visit with high school students in the Knowledge@Wharton High School summer program. Brown spoke about different stages of his professional life and how he ended up working for TD Bank. Short for Toronto-Dominion Bank, TD Bank was founded in 1955 and is now is the sixth largest bank in North America, employing over 79,000 people with 19 million clients worldwide.

In Brown’s marketing class at Olney High School in Philadelphia, students were asked to design a business plan. A sports enthusiast, Brown developed Howard’s Sports Bar and Grill. His pitch involved selling 10-cent wings on Tuesdays to attract a crowd that needed a boost in the anticlimactic aftermath of Monday night football.

Although Brown did not pursue marketing, Howard’s Bar and Grill helped him realize something about himself as a professional: “I wanted to express myself,” said Brown. “I wanted my personality in my career.” Instead of focusing on a specific job title, he emphasized the importance of finding your passions and approaching them with an organized plan. “It’s okay to not know what you want to do in life. It’s okay.”

For students like Lindsay Taylor Hall, a rising senior at Central High School in Philadelphia, Pa., deciding what she will major in during college has been difficult. Hall complained that her parents have rejected some of the ideas she recently proposed. Brown’s response: “Look for encouragement” but don’t dismiss critics as “haters” who attack your ideas to make themselves feel superior. Instead, constructive criticism may be necessary to help you recognize your strengths and weaknesses.

After graduating from Olney in 2000, Brown majored in finance at Temple University and spent the summer of 2004 interning at Goldman Sachs, one of Wall Street’s best-known investment banks. Brown was offered a job as an analyst after graduation. The starry-eyed college student instantly jumped at the idea of living the sweet life in the Big Apple. With a $48,000 starting salary and a $10,000 signing bonus, why think twice? And for a 22-year-old used to living with his parents, an amazing apartment right in the heart of New York City was paradise. But soon, Brown had a change of heart: “About two years into my job, I realized I was bored.”

On first meeting Brown, it is obvious that he loves to interact with people and that he would never enjoy plugging data into a computer 80 hours a week. “I like people. My clients were numbers. It just wasn’t for me,” he said.

Brown now works 50 hours a week at TD Bank doing asset based lending, a type of lending where a business loan is secured by collateral (assets) so that if the loan is not repaid, the assets (such as inventory, accounts receivable, machinery and equipment) are seized by the bank or other lender. These loans are used to meet basic cash-flow needs of companies, and interest rates are usually lower than on unsecured loans. Brown appreciates the diversity in his current job, which allows him to interact with different people.

Still, such a time commitment may not be for everyone. “If you’re working 50 hours a week, what’s vacation time like?” asked Kwame Edwards, a rising junior at Overbrook High School in Philadelphia. When Brown responded that Friday was his first day off in three months, Edwards noted, “That’s scary.”

‘One of the Greatest Things I Have Ever Done’

Recognizing that his working conditions will not suit everyone, Brown reminded students that he has experienced a lot of flexibility in his career in the course of trying new things. He volunteered at the Re-Engagement Center at the School District of Philadelphia, a resource for high school dropouts returning to high school. Working for no salary, Brown was given more freedom than paid workers, and his contributions to the center included developing the program’s slogan. Brown described his involvement with the center as “one of the greatest things I have ever done as a professional.”

Brown’s career has not been a stroll down Easy Street. At one point, he considered entrepreneurship, but without a viable product or organized business plan, he was unsuccessful. If you are passionate about something, Brown stresses, throwing yourself into a project is not the best course of action. Instead, focus on research, analyze the market, and come up with a business plan.  “Don’t just have a dream,” Brown said. “Have a dream, become organized, write it down. Write it down! Do your research.”

In high school, Brown was frustrated by not knowing exactly which career path he would follow after graduation. He learned that following what suited his lifestyle and personality would make him happier than a large salary. Pay attention to what draws you to each subject and activity in high school, he told his audience: “This is a great time to submerge yourself and learn as much as possible about the subject, but also about what you like.” With sufficient research, an organized plan, the right connections and a drive to succeed, Brown added, you may actually be closer to knowing what you want — and like — to do.

Breakthrough Summer: Sparking Knowledge at the Front of the Classroom