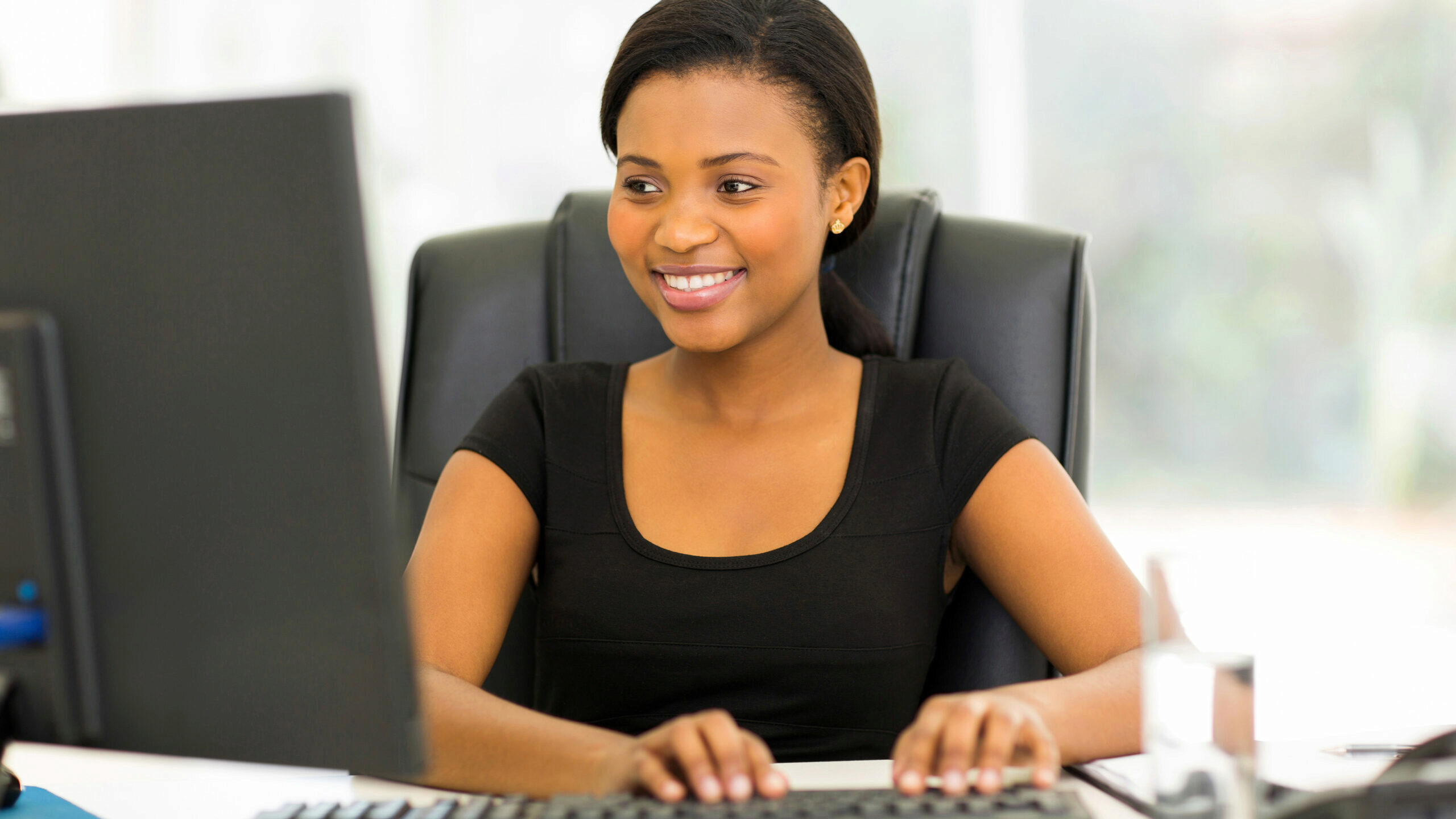 According to 2011 data from the United States Census Bureau, a 22% gender gap (discrepancy in opportunities and pay between men and women) exists among science and engineering graduates, and a 52% gender gap among the entire STEM (science, technology, engineering, math) workforce. Women are working to close this gap in fields like engineering and technology. While science and engineering often get lumped together in a clever acronym, many engineers like to make the following distinction: Science is about understanding the origins, nature, and behavior of the universe and all it contains; engineering is about solving problems by rearranging the stuff of the world to make new things.

Karen Panetta, a fellow at the Institute of Electrical and Electronics Engineers, also known as I-Triple-E; editor-in-chief of the IEEE Women in Engineering magazine; and associate dean for graduate education at Tufts University, recently discussed the issue of women in STEM fields – particularly engineering and technology — on the Knowledge@Wharton show on Wharton Business Radio, SiriusXM channel 111.

Knowledge@Wharton High School: It’s not a secret that the future of jobs in the United States will include many more people developing skills that have them understanding technology. And that means that we need to see many more students thinking about taking STEM courses. Those are science, tech, engineering and math. And as we have mentioned in the past on this show, there is a gap in female students taking those courses, although it may be starting to shift slightly. Karen Panetta is a fellow at the Institute of Electrical and Electronics Engineers, also known as I-Triple-E. She’s editor-in-chief of the IEEE Women in Engineering Magazine. She is also associate dean for graduate education at Tufts University. Karen, welcome.

Karen Panetta: Thank you so much for having me, Dan.

KWHS: It is an unbelievable open industry right now, jobs surrounding the STEM fields. And with great job prospects out there, it’s as good a time as we’ve ever seen, is it not?

Panetta: It’s a great financial future for anyone who goes into it. And it’s not difficult to find a job. It’s more the challenge [of deciding] which opportunities should I take, because I receive so many offers.

KWHS: Is the expectation that more women will move into this? Or they need to be, to a degree, funneled into these jobs, because of what the economy is going to look like in the next few years?

Panetta: It’s a little of both. The first piece is, yes, more women are going into [engineering]. It’s such a transformative technology that women are seeing a huge social impact and benefit to humanity. The second piece is that a lot of populations that we’re trying to reach in low income or underrepresented groups of individuals need to see that this is a field that they can participate in, and that they can excel in. So it’s a lot of outreach, but it’s also encouraging women to go into these fields.

KWHS: The good news is that more women are considering [these careers] in general.

Panetta: Yes, absolutely. [They are realizing] that they can do amazing things with small learning tools – like animations or making movies. All the things that you would think take lots of effort and huge technical skills, they’re saying: “Hey, I can do this.” It’s about building their confidence, so they’re ready to jump right in.

KWHS: One of the things that we have discussed on this show in the past surrounds what really needs to change around our education system to focus more on these types of jobs. One of the philosophies is the fact that young adults need to focus on [science and technology and the like] when they are in high school; getting to kids in those truly formative years to get this ball rolling.

Panetta: That’s true. You do see people taking a different pedagogical approach today to attract a diverse student body. It’s very clear that early intervention is key, and we [don’t] just have to teach the technique or the syntax, or how to program something. It’s more about showing the impact of what you can do with that programming. Showing how it can change how people learn — how you can communicate and how you can solve world problems. I think the creativeness of looking at animals or colorful data visualizations are instantly attractive to all populations.

K@W: The other problem in doing this — and it’s one that has to be mitigated on a variety of different levels, is that you have so many school districts where funding is limited to begin with. And computer science seems to be something that is kind of pushed to the side. So, how do you alleviate that problem?

Panetta: That’s a great point. But I always make the analogy that computer science fundamentals are all about algorithms and logical thinking and structure. I start by saying “Well, you can teach anybody in any school system how to make a peanut butter and jelly sandwich.” And getting kids to understand that and to structure out how they would do it is not only a fun exercise, but it’s low-cost [see Related Links for one such lesson].

The other piece is that we are so fortunate to be living in a cloud technology-based environment. Anybody, even some of our most depressed school systems, can access the Internet. Having the power of the cloud to do all the work and heavy computing for us really does give great flexibility and accessibility. I think that’s how it’s going to happen. Everybody thinks it’s all about having a computer in front of you. It really is more about this structured thinking, and how you can be creative in conveying the topics for children, even when you don’t have those resources.

KWHS: As we go forward over the next 20 years, the potential to get interest in these types of programs will soar, just because of the digital nature of our society. So many kids have smart phones with them. They have that connectivity with them right off the bat.

Panetta: That’s absolutely true. This is a generation of digital natives. They’re not intimidated by the technology, which has been a huge barrier in the past for women and underrepresented groups of individuals. Now, because they already are invested in it, the next question is, “Well, how does this work?” And, “Well, I see improvements to this.” Or, “Wow, I can access and write a mobile app that can help my community with recycling.” They see problems in their own community and they start thinking about ways to solve it with the technology right in their hand. We need to inspire and foster that creativity and keep going with that type of thinking.

KWHS: One of the problems that has been brought up is both the gender gap and the pay gap — that bias that may be there [on the part of] some of today’s tech companies.

Panetta: That’s absolutely a real problem. People say [the gap] is 15% to 20%. I think it’s much greater. It’s a huge problem, and it exists. Part of the problem is that no one’s willing to share the actual information that they have. And there are no government mandates to make them do it. So, until you get the real data out there, the people that can make a change really aren’t going to have the data to say: “Here’s the data. We need to make a change.” It’s hard to say there’s a problem if you can’t provide the real statistics on it.

KWHS: [We do see high-profile women in technology] like Meg Whitman at Hewlett Packard, and some of the other women that have taken charge of various companies. But there is still that wide of a gap? I guess it’s not even so much the Meg Whitmans of the world. It’s when you move down the chain of the company?

Panetta: That’s absolutely true. I think that’s one of the fallacies. People think that just because you have a female head of a company, that everything below is going to change immediately and that the people below are going to be paid equitably. They can set the vision and the strategy, but it’s really the people that execute below them that have to make this happen. So there has to be both a top-down and a bottom-up push. Right now you might be getting the top-down, but you’re not getting the bottom-up.

The other thing is that people try and say, “Hey, I think I am not being paid equitably.” In the past, they’ve been dissuaded or frowned upon if they even question it. [We] saw in Massachusetts that they passed the first Fair Wage Law. That’s saying you can’t even penalize somebody for asking. Which, in the past, has really been a serious problem.

KWHS: Are college graduates going into STEM fields prepared to be able to get what they want when they go to that first company?

Panetta: Yes. But one of the things that I see predominantly among women is they’ll get a [job] offer and usually it is [as much as] $7,000 less than a man at the same position. The reason I know this is because I’m sending the students out, and they’re coming back and telling me their offers. So that’s an issue right there. One of the things that I say to students is [that you should] always counter and know what your peers are making. That $5,000 is really not a significant difference to a company, but it’s going to make a huge difference in the long term to that woman.

The book Women Don’t Ask, is saying just that. Over the lifetime, $5,000 does make a huge difference. Usually they do go back and they ask [for a higher salary]. And the companies are usually willing to give it to them. So, why not? Once you have the offer letter in hand, you have absolutely nothing to lose by asking for more.

KWHS: With the changes that we need to see at the high school level, or even at the middle school level, do we have enough people out there willing to be teachers in [STEM] segments?

Panetta: No. I think that’s part of the problem. It comes right back to [the fact that] if you get a STEM degree, you can make a lot more money in corporate America than you can make as a teacher or at an academic institution. That’s why we always start out saying: “Education is a labor of love.” It truly is. The real problem is that the training is not in step for most of the STEM fields being taught in K-through-12. [In other words], the teacher might be in history, not math, but they get forced to teach STEM. That’s really hard. When you have to teach something that you’re not comfortable in, it shows no matter how hard you try. That reflects on our students. We want our teachers to be role models for our students.

Have you used technology to solve a problem, either at home, school or in your community? Share your story with a group and then in the comments section of this article.

Using the Related Links tab connected to this article, have a discussion about the strongest equal pay law in the country, passed in 2016. What is it all about? Does it really mean equal pay for women? Why or why not?

Connecting the Dots Between Architecture, Marijuana, Marketing and Life