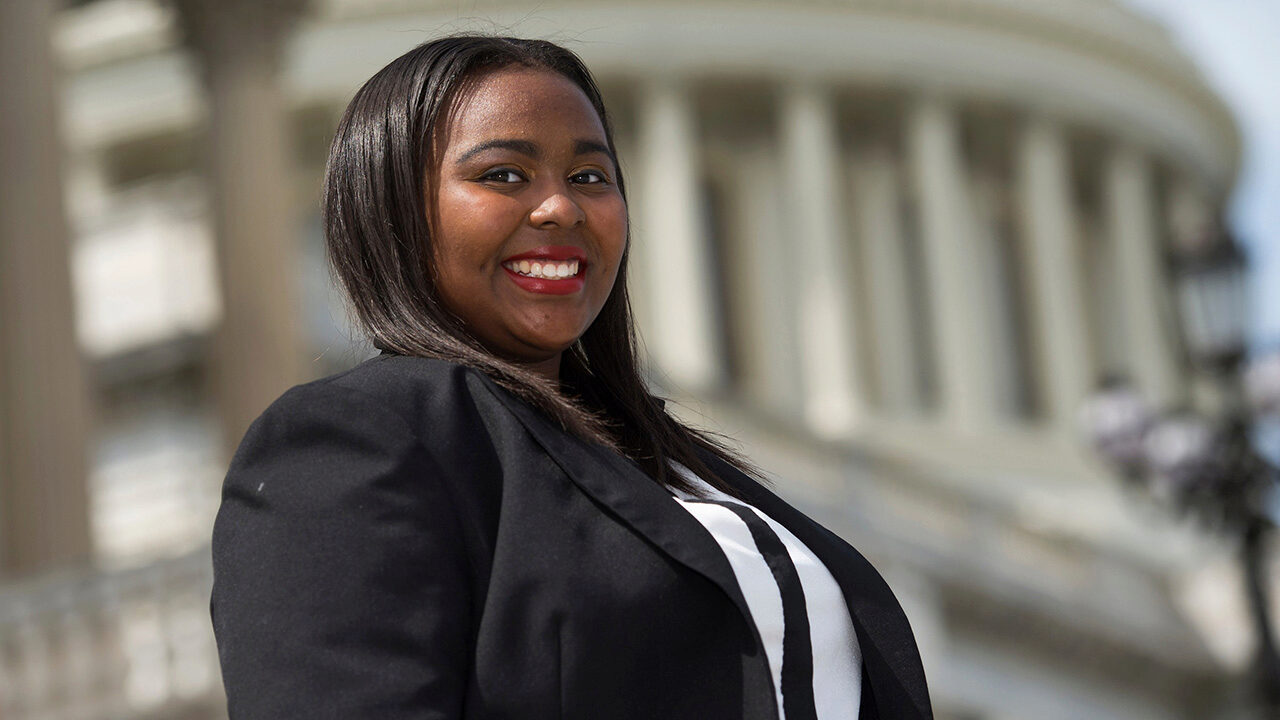 April is Financial Literacy Month in the U.S. To honor the importance of personal finance and the power of making smart decisions about the money we earn, KWHS is featuring profiles in April of teenagers from around the world who are champions of financial awareness and money management. Be sure to check out the Related KWHS Stories tab on this page for past articles about teens who are building their own skills and those of others in order to live with financial confidence.

Here, we profile Angel Carter, a 17-year-old from Atlanta, Georgia, who was just named the 2017 National Ambassador for the Money Matters: Make It Count financial education program, an initiative of Charles Schwab Foundation and Boys & Girls Clubs of America.

When Angel Carter took her first job in 2014 at the age of 15 as a camp counselor and lifeguard, she realized quickly that she was empowered by more than one kind of life-saving strategy. Not only could she keep kids safe in the pool, she also had the skills to effectively manage her new paycheck by keeping some of her income in a bank savings account she had opened the previous year.

Money Matters teaches the basics of personal finance and the importance of an early start to financial responsibility. Since the program’s inception, more than 725,000 Boys & Girls Club teens have completed Money Matters in more than 1,700 clubs. “We were fortunate to have the program here at our club,” says Carter, who first started learning the financial concepts in 3rd grade and has more recently worked as a Money Matters instructor. “It has shown me hands-on resources like the Reality Store, where I was given an occupation and a salary that I had to break down into needs and wants and then learn how to budget. This has helped me understand money.”

Carter’s dedication to her own financial knowledge has paid off, so to speak. This month, Charles Schwab Foundation and Boys & Girls Clubs of America named her the National Money Matters Ambassador for 2017. In addition to receiving a $5,000 college scholarship for demonstrating exceptional financial literacy skills, Carter will serve as an advocate for expanding teens’ knowledge of money management. In addition, 10 other financially savvy high school students and club members from around the U.S. each received $2,500 scholarships.

Saving and paying for college are likely to top Carter’s ambassador platform as she navigates the process herself. “My mom doesn’t have all the resources to pay my college tuition,” says Carter, who is a senior at the Coretta Scott King Young Women’s Leadership Academy in Atlanta. “I had to learn that getting my nails done was a “want” and saving for college was a “need.” I’ve had to get scholarships and learn how to budget.” Carter’s top college choices are the University of West Georgia and Georgia State University, where she hopes to study broadcast journalism. She also aspires to save enough money to start a scholarship fund to help other students achieve their educational goals.

Right now, Carter plans to make the most of her new role as Money Matters ambassador. She admits that she has a lot of work to do. “So many adults don’t have the necessary skills with personal finance and financial well-being, and that’s a huge problem in the United States,” notes Carter. “Being an ambassador means a lot to me. I realize I am a voice for change and can advocate for my peers. Teens need to educate themselves. Get out there and find resources. They are everywhere. Charles Schwab Money Matters is an excellent resource. When you find one, get your friends involved. Saving and budgeting don’t always have to be a serious process. Put sticky notes on your wall, write out your goals, and find ways that are best for you to plan.“

What is financial literacy? Do you agree it is an important concept for teens to understand?

What does Angel Carter mean when she says, “I had to learn that getting my nails done was a ‘want’ and saving for college was a ‘need.'”? Why are wants and needs important to financial fitness?

Use the “KWHS Related Stories” tab to research past Fin Lit champions. Who is your favorite and why?

The World of the White Hat Hacker