What Is Design Thinking? 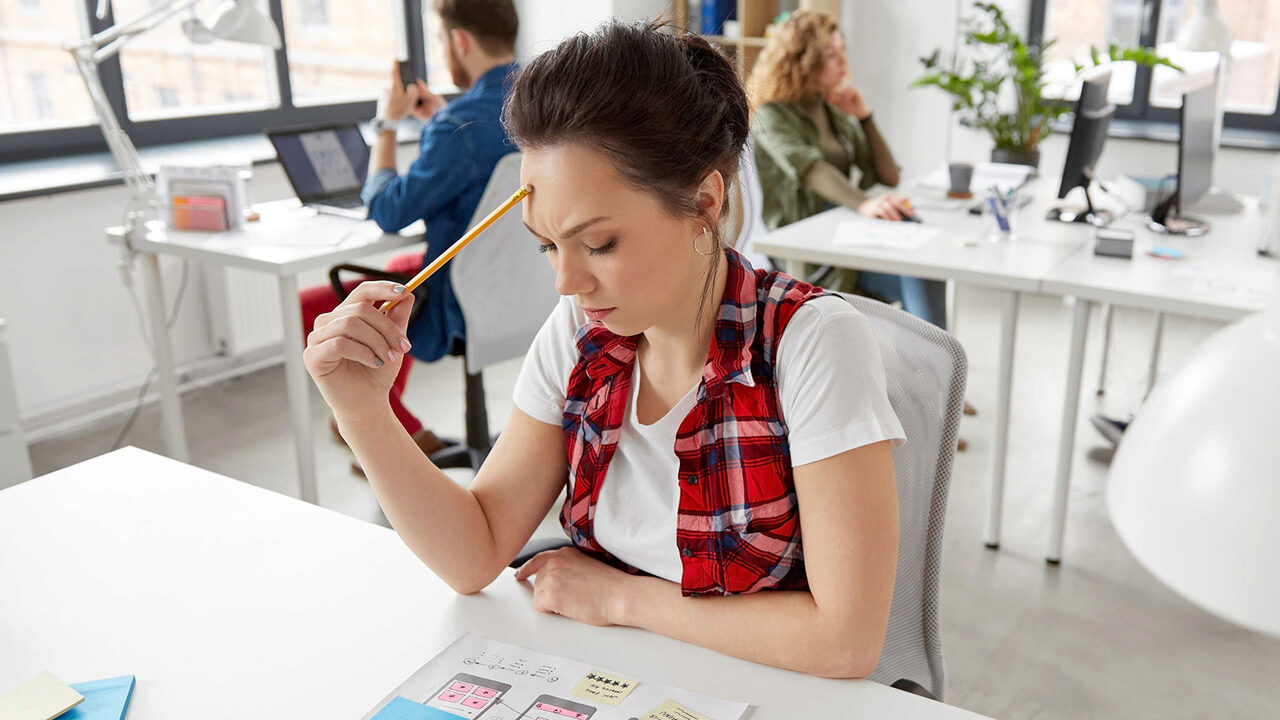 A few years back when Shreya A. was in 8th grade, she visited India with her family. “We were at the Taj Mahal and it was very hot,” recalls Shreya, now a junior at Mansfield High School in Massachusetts. “I saw how the heat was taking a toll on so many people. This idea popped into my head to create a wrist device that can regulate the temperature of the person who is wearing it.”

And thus began Shreya’s patent journey, a three-year process that is still ongoing. Shreya’s parents connected her with patent attorneys to help her file a patent for her invention, and they immediately sent her to the design table.

“The attorneys said I had to design the device and bring it to a final paper prototype,” notes Shreya. “When I was designing the patent, I had to think really creatively to make sure all the pieces fit together…I asked the people around me such as my parents’ friends, older family, and my peers about what they thought of my product and what they would want if they were using it. I made sketches of the product and of the idea. I used Tinkercad to make 3D models online. I faced a lot of obstacles doing that because some things didn’t make sense. The key is that it must be a unique idea. Google has a patent search engine where you can search all the patents. I liked different designs and then formed them together to create my own patent. The unique part of my wrist device is that it’s solar-powered.”

Engaging in New Ways of Thinking

Through the development of her detailed design, Shreya began to see the experimentation and market research involved in creating her patent as design thinking. Design thinking is a creative problem-solving process that companies use to contemplate and discover innovative solutions to problems of all kinds, from products and services to the overall strategy of the business. Major companies like 3M, Apple and PepsiCo have even created chief design officer roles in recent years to integrate this process more deeply into the company culture.

While Shreya was folding aspects of design thinking into her patent creation, she could have focused even more extensively on one particular measure of effectiveness: her customer.

“People who use design thinking see a problem and want to create a solution.” — Laura Ceccacci, Wharton Innovation & Design Club

Design thinking, says Laura Ceccacci, is centered on human behavior. It takes the needs or problems of everyday people and matches them with technological solutions that have a viable business strategy. “Understanding the user is at the heart of the design-thinking process,” notes Ceccacci, co-president of the Wharton Innovation & Design Club and a master’s student in integrated product design in the Penn School of Engineering. “First, you identify a problem, then you do research to better understand the user, finally you begin crafting a solution that fits the user needs. When you apply design thinking, you do research to thoroughly understand the user and key stakeholders,” explains Ceccacci. “What I love about design thinking is that it has a bias toward action. People who use design thinking see a problem and want to create a solution. One of the things that distinguishes design thinking from traditional marketing user research, is having empathy for the user and seeking to truly understand the user needs.”

IDEO, a product design consulting firm that is considered a leader in design thinking, describes the process like this: “To think like a designer requires dreaming up wild ideas, taking time to tinker and test, and being willing to fail early and often. The designer’s mindset embraces empathy, optimism, iteration, creativity, and ambiguity. And most critically, design thinking keeps people at the center of every process.” After all, many of the problems that the world faces are “dynamic, multifaceted, and inherently human.”

While many companies have embraced design-thinking principles to improve innovation – PepsiCo, Airbnb and Capital One, to name a few (see related links), Nike is among Ceccacci’s favorite recent case studies. In 2017, the company launched its first ever made-for-athletes hijab – a “performance hijab” – for Muslim female athletes. The company developed the garment for a year, drawing on the experiences and recommendations of such athletes as Emirati figure skater Zahra Lari and Egyptian runner and mountaineer Manai Rostom. In an article in USA Today, Rostom said, “It means the world to have the leading sport brand in the world come up with a product like this.” Successful corporate innovations like this have prompted companies to begin using design thinking methods in other domains, notes Ceccacci, like improving the process for promoting women into leadership positions.

Whether it’s a multi-million-dollar business process or a wrist device that harnesses solar power to help prevent heat stroke, the key is to better understand the human behavior driving the innovation, Ceccacci stresses. “Many projects with design thinking involve starting with an idea. You may have one experience, and that’s great, but you can’t just base a product or something you create off one experience. You shouldn’t be afraid to get outside the classroom and talk with people who may have the same experience.”

Shreya agrees that you need to be patient when it comes to building on your original idea in order to create a design that will be both unique and useful. “I definitely got really overwhelmed at some points,” she admits, recalling that more than once she set unrealistic deadlines for her paper patent prototype. “I would advise to not cram everything into a certain timeframe. Take your time with things, do your research, and develop it as much as you can until you reach something you’re happy with. It is a complete journey of learning something new almost every day.”

What is design thinking? How does the Nike example illustrate this concept?

What are some of the specific ways that Shreya thought like a designer?

The article alludes to design thinking principles being applied to other processes, like promotional practices. Using the related links, explore exactly how this is playing out in the business world. Discuss other areas that you think could benefit from design thinking and then do some research to see if it is already happening.

5 comments on “What Is Design Thinking?”