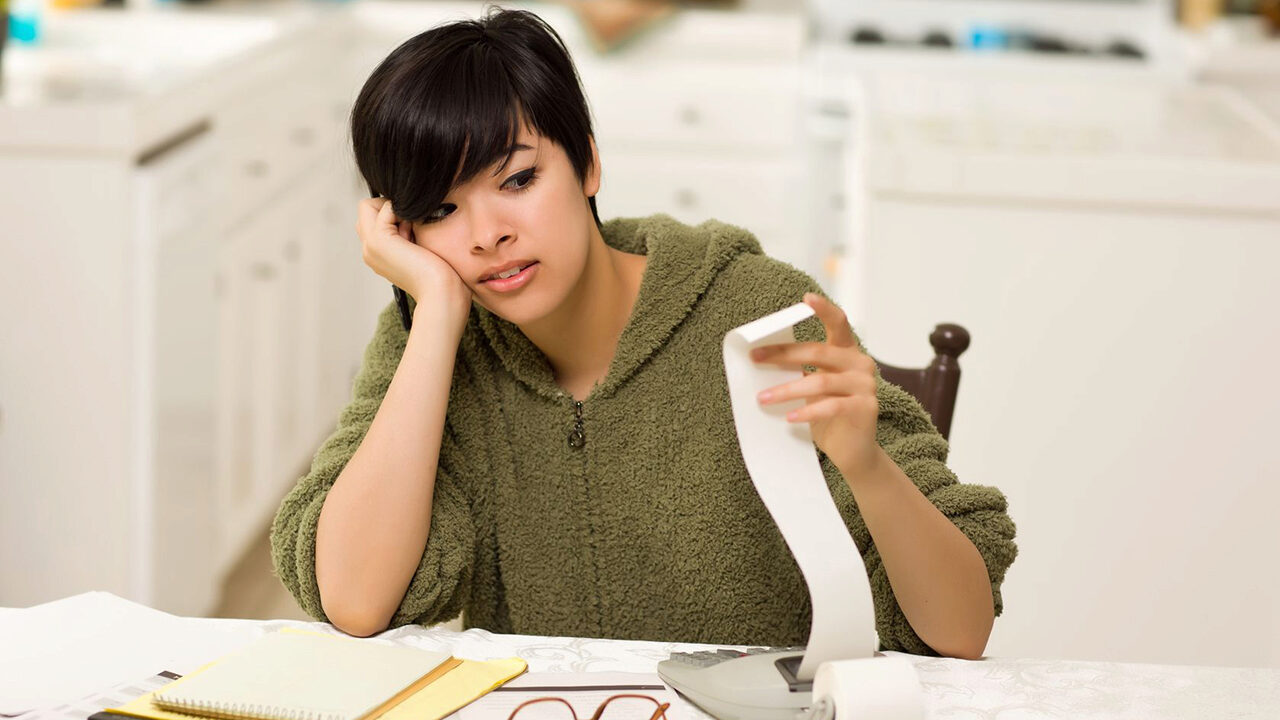 Student loans in the United States have become the second-largest category of consumer debt, bested only by mortgage debt. Federal statistics show student debt topped $1.3 trillion at the end of 2016. More than 44 million people owe that money, and the default rate stands at 11.2%.

New research from Laura Perna, a professor at Penn’s Graduate School of Education, and her co-authors, tackles some of the pressing issues around student loans. In their recent paper for the Penn Wharton Public Policy Initiative (“An Updated Look at Student Loan Debt Repayment and Default,”) Perna and her co-authors offer some ideas for students and government. She spoke with Knowledge@Wharton about her research and what can be done to start to get more students in the black.

Knowledge@Wharton: Laura, please give us an overview of your study.

Laura Perna: This report is designed to help inform understanding of who is borrowing and what are the consequences of borrowing. Borrowing is now a common form that students and families have to pay for college. There are only so many mechanisms available for students to pay college costs. They could have the money from current income, from savings or they could have the money from grants. If those sources of funds aren’t available, there’s only loans or paid employment. With the rising costs of college and the recognition of the importance of college, many students are using loans.

Knowledge@Wharton: On the most basic level, there is a lot of discussion around whether a college degree is even worth the expense. What is the average debt, and what are the economics?

Perna: (The average) person who earns a bachelor’s degree has about $30,000 in debt. That’s the average, so that recognizes that there are folks with more and with less. But on average that’s a pretty reasonable amount, especially when compared to the expected increase in earnings that is associated with earning a bachelor’s degree rather than a high school diploma. Projections of this vary, but on average it’s $500,000 or more. From a cost-benefit perspective, borrowing pays off.

There are a couple of important caveats to that. One is that the comparison is really for people who finish a degree, and I think one of the really important issues facing our country is the high number of students who start college but don’t earn a degree.

K@W: If you’re starting and not finishing, you still have all of that debt. That’s a big problem. Your study suggests that the default rates for that group are higher than for students who finish, which makes sense. But there are some other problems around student debt that the government and maybe the students themselves can help to ameliorate. Could you talk about that?

Perna: There are several important issues. I do want to underscore how important it is to focus on making sure that people who start college are able to finish. Folks who do not finish are more likely than others to default on a loan. In fact, failing to complete a degree is a more important predictor of default than the amount borrowed. So, completion is a key part of that process.

K@W: It’s almost as if you would give advice to say, “Borrow more and finish. You’ll be better off in the long run.”

Perna: Exactly. Some of the data suggests that some students are making choices not to borrow and instead engage in higher amounts of paid employment while they’re going to school. But there are only so many hours in a week. Spending more time in paid employment means that you probably have to shift to part-time (studies) rather than full time, and that could extend your time to degree. You may decide to stop and try to work more to earn money to pay college costs. And that may delay your going back or perhaps even reduce your odds of completion.

K@W: The decisions students make on how much to borrow and where to go to school also play a role. Some schools are very expensive. There was a story in The New York Times not long ago about a woman who studied graphic design at New York University, which is an expensive private school. When she graduated, she was earning something like $30,000, but she had $200,000 in debt.

Perna: Certainly, one thing to pay attention to would be the average completion rate at an institution. In that example, NYU has a fairly good completion rate. Look at completion rates as you’re making choices, both for the institution and the program, but taking on that much debt is quite unusual.

There’s an obligation here on students, but there’s also a roll of government and colleges and universities to try to help students be well-informed about loans. One of the important issues in understanding all of this is just how complex our system of financing higher education is in the United States. We have many different forms of student financial aid. There are many different types of loans. We have federal loans and nonfederal loans. There are even different types of federal loans. Understanding what exactly is in that financial aid package — what portion is in the form of grants that you don’t have to repay and what share is in the form of loans that you do have to repay — is important.

K@W: What are some of the mistakes students often make because of a lack of information or understanding?

Perna: I try to focus on the responsibility of institutions and government rather than blaming the student. I think students generally are trying to make the best decisions they can with the information that they have available. I think there is responsibility for students and their families to be proactive in trying to understand how things work. But if you’re from a low-income family or a first-generation college student, all of this is really overwhelming. There’s so much complexity.

K@W: What are the responsibilities of the institution and the government?

Perna: Even understanding the expense of college is complex. We have the sticker price, which is the advertised price of attending college, which would be tuition and fees, room and board, and perhaps books and supplies. But think about the other costs associated with living that may be important. Then there’s the net price that a student would have to pay, so that will be the actual cost less whatever financial aid.

I think one responsibility for institutions is to help make this transparent and help students understand what they actually are paying. They can help make sure that students are taking advantage of the grant aid available, for example. One really important step in the process is to make sure that students fill out the federal application for student financial aid, take advantage of whatever need-based grant aid is available from the federal government, from a state government, from an institution. Make sure that you are using all of that free aid before you begin to think about loans.

K@W: Do you think institutions aren’t quite helping to educate students about the best ways to go about this?

Perna: There’s a lot of variation. One of the strengths of the U.S. higher education system is that it’s large and diverse, and there’s hypothetically an institution for everyone. But that’s also a characteristic that can work against a student trying to navigate their way into and through higher education institutions.

K@W: You also note in the paper that for-profit institutions are also contributing to the higher default rate [0n loans].

Perna: Yes. Borrowing rates, the amount borrowed and default rates are all higher on average at for-profit institutions than in other sectors. For-profit institutions have historically been a sector of higher ed that has enrolled high shares of students from low-income families, racially ethnic minority groups, first-generation college students. They have been a point of access for students, but at the same time on average completion rates are also low.

K@W: How would the government accomplish that?

Perna: One approach would be around consumer protection and putting out information. Have dissemination in institutions reporting information so that students can be aware of different types of outcomes. There is also a role around ensuring that in terms of oversight, minimizing fraud and abuse, investigating complaints around different institutions, around loan servicers, things like that. And then there would be monitoring institutional performance. The government should be playing a role in ensuring that these institutions are operating well.

K@W: You also note that forbearance and deferment tools can help students. Would you discuss that?

Perna: One of the advantages of using a federal loan is that the federal government has these provisions to recognize that some students are going to have some challenges along the way in repaying a loan. Deferment and forbearance are two options for students who are experiencing some financial difficulty. These options allow the student to stop their repayments for a certain period of time as they get back on track.

Deferment is especially useful for students who, for example, take out a loan as an undergraduate and then go back to get more education. You can defer the loan until you’ve finished your education.

Perna: Yes, income-driven repayment [often a plan that is designed to make your student loan debt more manageable by reducing your monthly payment amount] is an approach that really gets at another important aspect with loans, which is they have risk, and the risk of non-repayment is real for folks. Income-based repayment options provide a mechanism for addressing short-term and long-term liquidity constraints. You gave the example of a student who perhaps graduates from college and has an annual income that is lower than expected. By targeting the repayment, or linking the repayment amount to those earnings, that helps protect the student and enable the student to repay on a loan.

K@W: The tools are available, but students aren’t being educated about them. They aren’t as aware as they should be or could be. If they were, it would make a big difference in the default rate. That’s what you’re suggesting in this paper, is that right?

Perna: Yes. We also talk about other issues that have to be taken into consideration from different perspectives. From a government perspective, increasing use of income-based repayment also increases cost to taxpayers because some share of the loans will likely be written off. So, thinking about designing a set of repayment options for students that both minimizes the risk of repayment but also is sustainable from the government perspective is going to be important, too.

What is a default rate and why is it so important to this discussion of student loan debt?

Laura Perna says, “The government should be playing a role in ensuring that these institutions are operating well.” Do you agree that we need more governmental quality control for higher education? How is this a public policy issue?

Do you understand how student loans work? What are some of the questions you have? Ask them in the comment section and we will answer them for you.

9 comments on “When It Comes to Student Loans, It Pays to Finish Your Degree”

Insights from the Fall of Aleppo