While superstar African-American athletes still love to snag a good endorsement deal with Nike or McD’s, they are being urged by sports agents to consider the prospect of even bigger bucks. Athletes are realizing the sheer power of their names and using their own brand muscle to build lasting financial relationships with teams and companies.…Read More 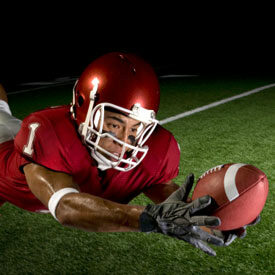 A generation ago, the only financial goal for a superstar African-American athlete at the peak of his career — beyond a large contract — was to nab a high-paying endorsement deal with a big sneaker company like Nike or a national brand such as McDonald’s. The idea was to earn several million extra dollars before his skills began to wane.

Those short-term goals remain, but today, many in the National Basketball Association or the National Football League want something more substantial — like a long-term piece of the action.

“In my marketplace, everybody wants to be on television, everybody wants endorsements. To me, that’s superficial because it’s temporary,” said Bill Duffy, president of BDA Sports Management, the firm that represents NBA superstars like Chinese center Yao Ming of the Houston Rockets and Carmelo Anthony of the Denver Nuggets. He cited pro football’s dancing wide receiver Icky Woods and bulked-up William “The Refrigerator” Perry as examples of stars that cashed in with a quick payday in the 1980s, and then disappeared from the scene.

“I push for equity and business opportunities, because you’re dealing with a finite period of time,” Duffy told a seminar on sports and entertainment management at Wharton’s recent Whitney Young, Jr., Memorial Conference. ‘You want to leverage your relationships into something more meaningful than just getting an endorsement.”

Duffy, whose California sports management firm is based in Silicon Valley, spends almost as much time networking his roster of superstars with high-tech billionaires as he does negotiating their contracts.

Successful athletes and entertainers of the 21st century will be the ones who view themselves not just as great players but as global brands, involved in both business deals and humanitarian activities that extend well beyond the playing field. A new breed of black entrepreneurs — such as Duffy — work with these athletes to make this new vision happen.

According to Duffy, it was hip-hop music artists like Jay-Z and Sean Combs, currently known as P. Diddy, who blazed the trail for today’s young black athletes and entertainers with an entrepreneurial zeal that runs well beyond merely recording CDs. Their activities include owning a record label and developing other artists, launching the hugely successful Sean John clothing line created by Combs, and running two restaurants and a movie production company. Today, Combs is said to be worth more than $350 million, while Jay-Z, a co-owner of the New Jersey Nets basketball team, is worth nearly $550 million.

“These athletes have really got to have equity,” said Duffy, and seek greater, lasting wealth. “The owners of these (basketball) clubs are worth billions of dollars and we don’t aspire to that. We’re content if we have two homes and 10 cars or whatever. We’re trying to crack that, to get a partnership with this owner, because he’s doing more than just owning a basketball team.”

In the case of Duffy and his all-star roster of clients, many of them see philanthropy, in particular, as a way to not only give something back to their home neighborhoods or nations, but also to build up their personal brand name and to network with some of the millionaires and billionaires from outside of sports.

Hoops star Anthony, who is just 23, has already spent some of his millions earned by playing pro basketball in Denver to open the Carmelo Anthony Youth Development Center in his poverty-torn neighborhood back in Baltimore, and has also reportedly donated $1.5 million to the Living Classrooms Foundation, a non-profit organization involved with education, job training and other social programs in the same neighborhood.

Today, Duffy marvels at the success of a former athlete who has achieved something that would have been unimaginable a generation ago: Former San Francisco 49ers All-pro safety Ronnie Lott — who, with some well-known ex-teammates including Joe Montana, founded a sizable hedge fund called HRJ Capital.

For Duffy, one of the most exciting things that happened to him and his clients recently didn’t take place on a basketball court. Instead, it was when he had a chance to introduce NBA stars Yao, Bonzi Wells of the Houston Rockets and Baron Davis of the Golden State Warriors to a top executive at the software firm Oracle. Said Duffy: “He called me today and I’m fired up. I circled back to my guys and said, ‘This guy is worth $6 billion and he wants to have a relationship with you.’”

One comment on “Forget Endorsements: Sports and Entertainment Stars These Days Want a Piece of the Action”