In Your Face: Microsoft’s $8.5 Billion Takeover of Skype

Microsoft gave Skypers everywhere something to talk about this week – namely an $8.5 billion deal – its largest ever – to buy the online voice and video chat service. What does the acquisition mean for serial Skypers like 18-year-old Cameron Rodgers? Are the days of free face-to-face disappearing? Industry watchers weigh in on the deal. …Read More 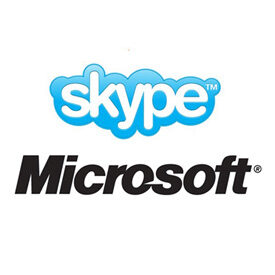 For Madison Beer, a sophomore at Montgomery High School in Skillman, N.J., the daily routine includes sleep, food, exercise — and Skype. “I am an avid Skype user,” says Beer, 16. “My boyfriend Mike goes to college in Baltimore. We talk every day on Skype, and he helps me with my homework all the time. Skype is easy to use and free. A phone call just isn’t as fun. It’s more fun to talk with somebody face to face.”

Beer is one of countless high school students who have come to rely on the convenience and satisfaction of Skyping with friends and associates down the street, in other states and around the world. So when the news hit this week that computing giant Microsoft struck an $8.5 billion deal – its largest ever – to acquire the online voice and video chat service, some teens began to wonder if their regular Skype schedules are in jeopardy.

“Microsoft is paying $8.5 billion. I’m afraid they’re going to start charging per minute or per hour to use Skype in order to get some of that money back,” says Brennan Boehne, a recent graduate of Mountain Vista High School in Highlands Ranch, Colo. As a national officer of DECA, an association of students and teachers that prepares emerging leaders and entrepreneurs in marketing, finance, hospitality and management, he uses Skype as a meeting tool. “If they start charging for Skype, I’ll go to another service,” adds Boehne, who also Skypes with friends in college. “We might as well talk on Facebook. Also, the iPhone and the iPad have FaceTime, which is the same thing and that’s free. You know how one airline started charging for bags and now pretty much all the airlines charge for bags? I’m sensing a trend that Skype will start charging and then others like FaceTime will start charging. It’s a trickle down effect.”

Eric Clemons, a professor of operations and information management at The Wharton School, University of Pennsylvania, is not convinced that consumers will suddenly have to pay for their Skype service. “If we think about the way Google operates, any time you can make something free to a consumer that makes something else more valuable, it’s worth doing,” Clemons notes. “If this enables Microsoft to sell tens of millions more mobile phones, and that’s tens of millions more mobile operating systems, and — if they go to an M-pad — tens of millions more copies of PowerPoint, they don’t have to charge consumers for this. It can be that essential start of a new platform strategy.”

Cameron Rodger, a senior at La Cueva High School in New Mexico, sees Microsoft’s acquisition of Skype as having great potential for new, technological advances. Rodger, who just finished his term as New Mexico DECA state president, arranged a monthly Skype conference with officers and members around the state. He’s also a self-proclaimed techie. “I’ve found that Skype crashes a lot, and if other people don’t have the same updates that you do, then it doesn’t work smoothly,” notes Rodger. “When I saw the [Microsoft deal], I thought they might use that as a way to improve Skype. I’m excited about where Microsoft is going to take it. It’s really interesting to see Microsoft going into the social networking industry.”

Kevin Werbach, a Wharton professor of legal studies and business ethics, speculates on where he believes Microsoft is headed with its newly acquired online voice and video chat capabilities. “The big opportunity … in this deal for Microsoft is not, “Can they build Skype into a profitable standalone company?” It’s, “Can they find opportunities to inject Skype into everything else they do?” and create better value propositions that they can then monetize on top of their cloud-based software offerings, on top of Bing [a web search engine] and so forth. We’ll see. I don’t know exactly how they’re going to do that. But those are massive revenue-generating platforms, where one could certainly see the potential that adding in those real-time voice and video components would be significant from a financial standpoint.”

In other words, $8.5 billion may prove to be a smart investment in Microsoft’s future.

One comment on “In Your Face: Microsoft’s $8.5 Billion Takeover of Skype”

@Business: Do You Have a Smart Social Media Strategy?