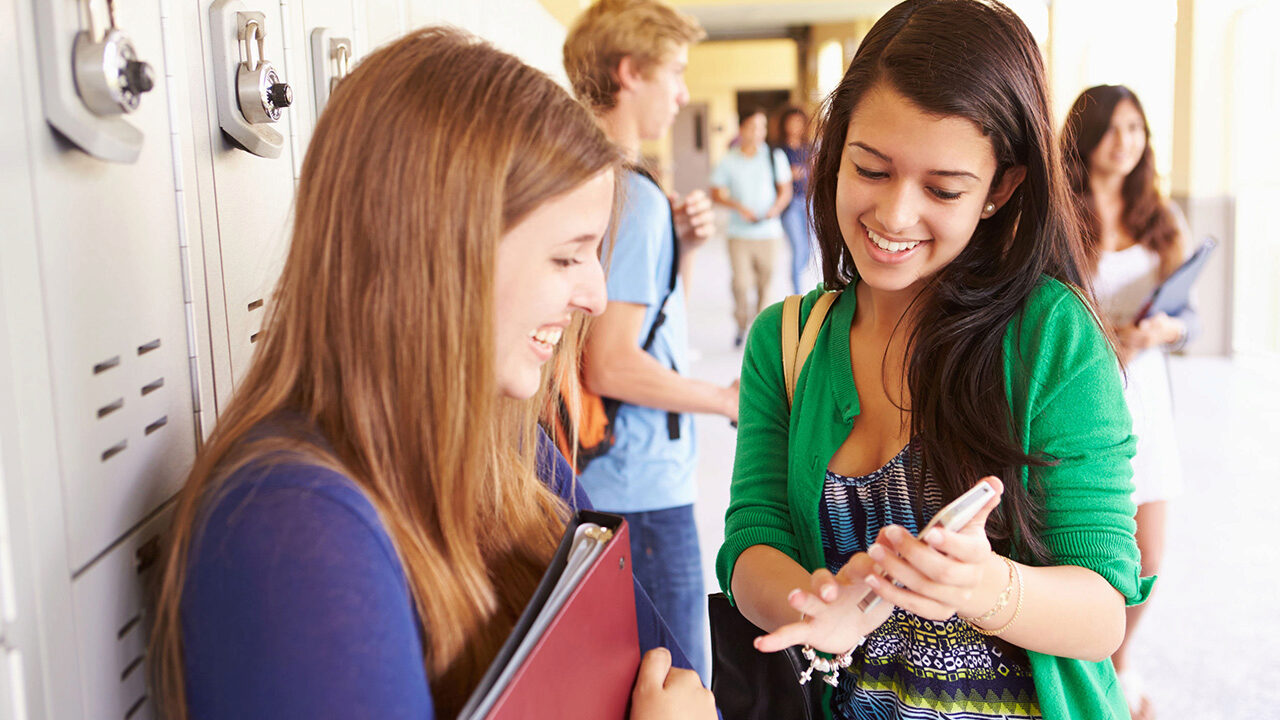 Just like YouTube and Instagram, the new application in town, video-sharing platform TikTok, is launching teens into social media stardom. With hundreds of millions of active monthly users worldwide, it’s not that much of a stretch for high-profile TikTokers like 18-year-old Baby Ariel to have nearly 30 million followers – as long as they keep the clever 15-second TikTok videos coming.

TikTok celeb wannabe Haley Sharpe, a 16-year-old from Huntsville, Alabama (with nearly 200,000 followers), was just featured in a long profile in Vox, the American news website known for explanatory journalism. As she rides the viral wave of her video shorts, Sharpe has one major worry: “I feel like my biggest fear,” she said, “is just fading into like, nobody remembers me on TikTok.”

If lawmakers in the U.S. have anything to say about it, our TikTok-related fears should be far greater. As the second most downloaded app worldwide, TikTok is an active part of teens’ lives, with some 110 million users in the U.S. alone, according to Sensor Tower. ByteDance, the Beijing, China-based owner of TikTok, is one of the few companies with a Chinese-owned social media app that has become popular in Western countries like the U.S. And that is leading to concerns about privacy and censorship.

In the past week, U.S. Senators Chuck Schumer and Tom Cotton reached out to the U.S. intelligence community asking them to assess the national security risks of TikTok and other Chinese-owned platforms. In a letter to Joseph Maguire, acting director of National Intelligence, they began, “We write to express our concerns about TikTok…and the national security risks posed by its growing use in the United States.” They went on to write, “TikTok’s terms of service and privacy policies describe how it collects data from its users and their devices, including user content and communications, IP address, location-related data, device identifiers, cookies, metadata, and other sensitive personal information. While the company has stated that TikTok does not operate in China and stores U.S. user data in the U.S., ByteDance is still required to adhere to the laws of China.”

In other words, the lawmakers are concerned that TikTok and similar apps could be used to spy on U.S. citizens, in part due to other recent China tech scandals. Huawei, a China-based multinational technology and consumer electronics company, has faced allegations that its wireless networking equipment could contain features that allow surveillance by the Chinese government. And the Committee on Foreign Investment in the United States recently called for certain Chinese firms to divest their stakes in U.S. companies over concerns about the security of sensitive personal data. In their letter, the senators say, “Security experts have voiced concerns that China’s vague patchwork of intelligence, national security, and cybersecurity laws compel Chinese companies to support and cooperate with intelligence work controlled by the Chinese Communist Party.” Others, like Facebook’s Mark Zuckerberg, have criticized TikTok for censoring news about the protests in Hong Kong, suggesting that the company is aligned with the Chinese government.

ByteDance has countered that its data centers are located entirely outside of China and therefore not subject to Chinese laws. Still, does this public outcry have some validity, especially related to your personal information? Are social media apps that are meant to provide a fun escape actually invading your privacy?

Looking specifically at TikTok, Wharton professor Gad Allon, director of the Jerome Fisher Program in Management and Technology at the University of Pennsylvania, is pragmatic. “I’m not sure there is any real basis for this concern,” he says. “It’s not clear if these concerns about TikTok are actually substantiated.” He points to other factors, like the app’s addictiveness (which led to curbed use in India), and that few other China-based apps have had such wide international appeal, as potential reasons why TikTok is getting an elevated risk profile these days.

“If the main lesson from this TikTok story is that you should basically mistrust most apps, I think that’s not a bad message.” — Gad Allon, Wharton Professor

Allon does agree, however, with the underlying message about privacy that is inherent in the TikTok backlash. “You should be concerned about every app you are putting on your phone,” he stresses. “You have to assume that everything you’re doing, unless explicitly stated, is being tracked and measured. Everything you post and every communication, everything you watch, you should be aware of the fact that someone can make it public.”

For example, Allon recently discovered that every time you send a message on Facebook Messenger with a document or PDF file, Facebook scrapes that file and takes all the links for future reference. “If the main lesson from this TikTok story is that you should basically mistrust most apps, I think that’s not a bad message,” adds Allon. “We have become too complacent. For the name of efficiency, we don’t mind if our privacy is compromised. I feel there should be a discussion on what level we’re willing to compromise our overall privacy.”

According to an article published this week in our sister publication, Knowledge@Wharton, most people don’t know how much of their activities are being tracked. This seeps into the broader topic of data privacy – not necessarily for governments, but for business use. “Most companies are collecting data these days on all the interactions, on all the places that they touch customers in the normal course of doing business,” says Elea Feit, senior fellow at Wharton Customer Analytics and a Drexel marketing professor. For example, a retailer would be keeping track of all the emails it sends you and whether you click on any of the links inside the email; it tracks your visits to its site and any purchases in a store if the retailer, say, has a loyalty card program. “Every time you interact with the company, you should expect that the company is recording that information and connecting it to you,” she notes. And in the scope of things, privacy policies, which consumers and users think prevent their information from being shared or used, are seldom actually protecting your privacy.

In the same article, Sebastian Angel, professor of computer and information science at the University of Pennsylvania, notes that society must value privacy much more than it does now in order to spark a systematic change in the way companies collect, share, sell and use data.

The first step toward that transformation is awareness and holding companies accountable. “We need more transparency,” says Allon. “Every app, including Facebook, Uber and others, should report what they do with the data and unless they do that and make it absolutely transparent, they shouldn’t sell their products.”

With the heightened scrutiny on TikTok, Allon adds that he believes security concerns, no matter how high-level, should not result in outright technology bans. “I find prohibiting the technology dangerous,” he suggests. “People talk about banning the use of facial recognition as a technology because it allows different regimes to practice surveillance capitalism. Not just regimes, but stores or wherever. There’s this notion of surveillance capitalism and basically suggesting that everything is about watching whatever we do and using it to monetize without having any repercussions. The reality is that all of these technologies can also be used for good purposes.”

Like creating funny 15-second videos in which you might — say — mimic the dance moves from the Wii video game “Michael Jackson: The Experience” (Haley Sharpe’s very first TikTok release). So, as the U.S. intelligence community responds to the senators’ spying concerns, should Haley and others worry about losing their TikTok time (and followers) forever? Probably not going to happen, says Allon. But if it does? “TikTok is not a technologically innovative product. If it goes away, something similar to it will come up.”

Do you believe there is any validity to the claims by Chuck Schumer and Tom Cotton? Why or why not?

Why does Wharton professor Gad Allon say, “If the main lesson from this TikTok story is that you should basically mistrust most apps, I think that’s not a bad message.”? Why does he feel that this technology is not necessarily trustworthy?

Sebastian Angel says, “Society must value privacy much more than it does now in order to spark a systematic change in the way companies collect, share, sell and use data.” How do you feel about privacy issues? Do you ever think about them when you’re downloading the latest app? What would it take for you to begin to think more about how your information is being used?

Great Leaders Recognize and Value the Power of Emotions