Exploring Immigration: Will the U.S. See Reform in 2019? 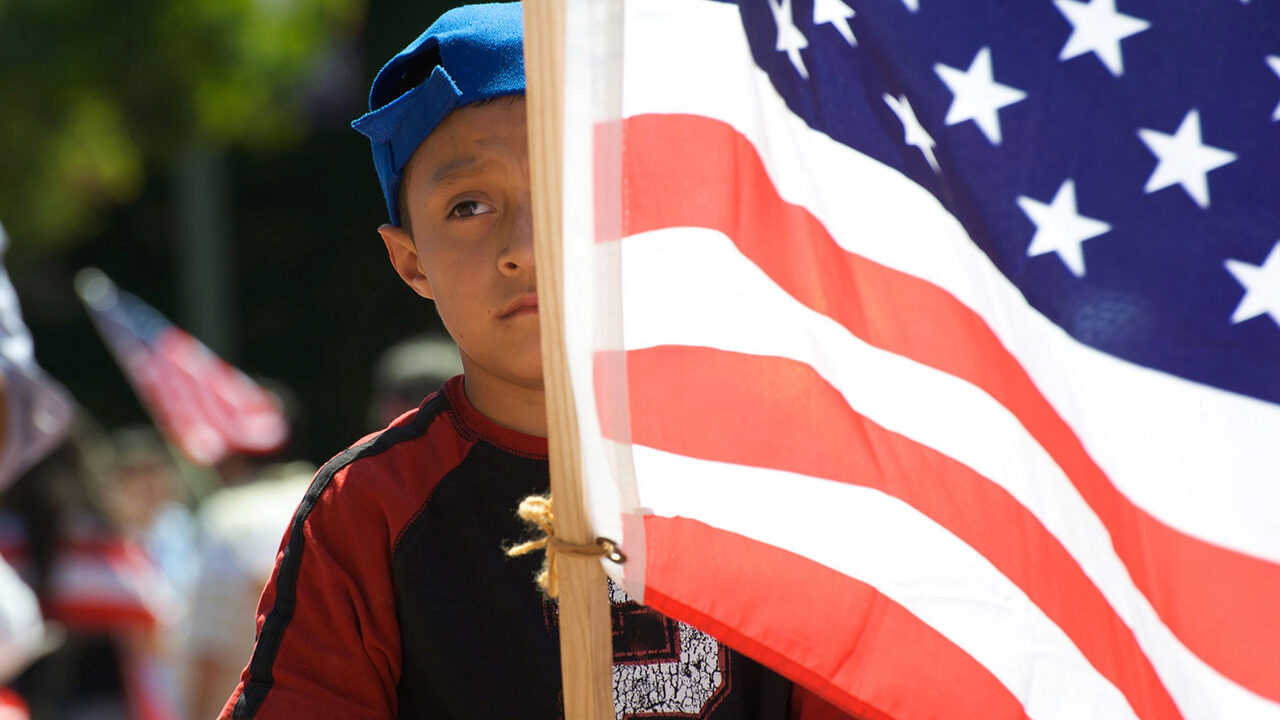 Have you heard of Operation Matador? While it sounds very “running of the bulls” in Spain, it’s actually a serious law-enforcement action targeting Latino gang members in and around New Your City in the U.S. Since 2017, Operation Matador – specifically cracking down on activity related to the Salvadoran gang MS-13 – has resulted in U.S. Immigration and Customs Enforcement (ICE) rounding up more than 800 Latino immigrants, many in high school, who are suspected of gang ties.

A recent exposé in The New York Times Magazine told the story of Alex, a 19-year-old student at Huntington High School on Long Island who came to the U.S. from Honduras at the end of 2015 seeking asylum from gang persecution back home. He ended up in custody in the U.S. for suspected gang affiliations at his high school that likely never happened. He was ultimately deported to Honduras, leaving his family on Long Island. It is a powerful story that speaks to the current anti-immigration sentiment in U.S. politics and law enforcement, leading to, among other things, the tightening of rules on asylum, which allows people who claim to be in danger in their own countries to find protection in another country.

This ‘Crisis’ Affects Us All

Alex’s story illustrates how the policies and laws affecting immigrant families in the U.S. touch people of all ages. Immigration is not merely a matter for the politicians in Washington, D.C. to hash out in the courts, but rather one that has far-reaching implications for the schools we attend, the people we meet and with who we study and work, the economy to which we contribute, and the daily lives of many members of Generation Z, the generation of high school and college students that is considered one of the most ethnically and racially diverse of all time.

“In being a member of this progressive generation, every single one of us is intrinsically multifaceted; we find ourselves at the intersection of so many identities,” observes Juan Amaya, 18 and a 2018 graduate of Sachem East High School, which also happens to be on Long Island. Amaya was born in Colombia and immigrated to the United States when he was 2, settling on Long Island about an hour from New York City (Click HERE for a separate KWHS interview with Juan Amaya on the current immigration climate in the U.S.).

Today, Amaya is a freshman at Columbia University in New York City and a consultant with JÜV Consulting, a youth-led firm that helps the business world understand trends and messaging related to Generation Z. Amaya suggests that members of his generation, whatever your beliefs, should be informed on immigration issues.  “High school students, in particular, should worry about immigration because it offers them an opportunity to better themselves as soon-to-be voters,” adds Amaya, who came to the U.S. as an undocumented immigrant and is now a permanent resident. “It’s an issue in the United States, as well as abroad, and they can use their power and privilege as voters to support us. Furthermore, immigration status is a concealed identity; it is not something that can be be seen or worn. Therefore, it may affect more people than you expect. Listening to our stories, as well as caring for immigrants and their rights, is extremely important because it could unknowingly affect a friend, a neighbor, a teammate, etc. So in building that sympathy and becoming informed, high schoolers can practice their civic engagement and be more aware of what’s going on in the world.”

With that, we are taking a look at immigration issues and how some of the most critical questions surrounding immigration policy in the U.S. may play out in 2019.

“There is a steep drop-off of students applying to come to the United States because of the anti-immigrant sentiment in the country. That is affecting us economically.” — Stephen Yale-Loehr

Let’s start with the wall. Immigration is squarely at the heart of the prolonged partial U.S. government shutdown, in effect since December 22, 2018. Congress and President Donald Trump have been unable to reach an agreement over the proposed $5.7-billion financing of a southern border wall between the U.S. and Mexico, a promise that Trump made before his election to address what he considers a “crisis” at the border and an “invasion” of immigrants into the U.S.

As the shutdown endures – the longest in U.S. history – the conversation and controversy surrounding immigration policies and issues in the U.S. escalate. In addition to the border-wall standoff, fallout continues over Trump’s policy to separate children from their parents or relatives who accompanied them crossing the border. That debate took on even darker tones when on Christmas day, an 8-year-old boy from Guatemala, Felipe Gómez Alonzo, died in United States custody. That tragedy followed the death of a 7-year-old girl, Jakelin Caal Maquin, from Guatemala who died a few weeks earlier, also in Border Control custody.

Another important immigration issue: Deferred Action for Childhood Arrivals or DACA, an immigration policy that allows some individuals who were brought to the U.S. illegally as children to receive a renewable two-year period of deferred action from deportation and possibly get a work permit in the U.S. The Trump administration has repealed the DACA program, claiming that recipients are here illegally, and legislation related to the DREAM Act and other measures is still pending in Congress. The status of the so-called Dreamers, most of who are in their 20s and arrived in the U.S. when they were 10 or younger, is still in question.

Stephen Yale-Loehr, an American law professor at Cornell University and an immigration law attorney, points out that the last major change to the U.S. legal immigration system was in 1990 – and the world has changed significantly since then. “Congress came close in 2013 with a comprehensive immigration reform package that was passed bi-partisanly through the Senate and was 1,200 pages, but it failed to clear the House of Representatives,” noted Yale-Loehr during a recent visit to the Knowledge@Wharton Radio Show, which airs on Sirius XM. “It has been historically hard to get immigration through any Congress and it has become only harder in this more politicized environment.”

As for the current shutdown, he adds, “We could have a deadlock all year or it could provide some opportunity for movement. People in Congress are saying if we could combine funding for border security, plus some relief for DACA recipients and some protection for people who have temporary protected status, we could see some movement on immigration. I hope that would be the case, but politically we may be unlikely to achieve that.”

Within a presidential administration that is “very much motivated by xenophobia [fear or hatred of foreigners and people of different cultures] and a rallying cry…to restrict immigration,” the impact is being felt by students at the college level, noted Sarah Paoletti, a University of Pennsylvania Law School professor who directs the school’s international human rights and immigration clinic and who also joined the K@W radio show to discuss immigration. “It’s having an impact on universities across the country, both in terms of anxiety among student populations who are DACA recipients or who missed the DACA cutoff and are part of mixed-status families and are increasingly anxious. It’s impacting our ability to recruit the best and the brightest.”

Added Yale-Loehr: “For the first time in a decade, applications by international students are declining. It’s not affecting prestigious universities like Penn and Cornell, but it is affecting second-tier universities. There is a steep drop-off of students applying to come to the United States because of the anti-immigrant sentiment in the country. That is affecting us economically. Students provide more than $43 billion a year in economic benefit to the United States and create over 400,000 jobs for U.S. workers, both directly and indirectly.”

A National Conversation and an Overall Approach

In the end, it may come down to how we honor family in the U.S. While Republicans are the family values party, “the value of family and family unification has completely been decimated in the context of immigration,” noted Paoletti. “Family separations are the most dramatic example of that, but restrictions on who in the family gets to join another family member when they’re allowed into this country to work or for other purposes is having an impact as well. The mantra and the messaging around ‘the wall’ have gotten so powerful and so divisive. I do think… members of Congress want to see something positive happen and to know what our values are as a country around immigration — the historic values around family that have been dismissed. As the courts continue to act and to try to hold the line, Congress will step up in regards to the Dreamers and the DACA recipients.”

Will the U.S. finally see meaningful immigration reform in 2019? With the 2020 presidential elections looming, movement on any immigration issues may be slow. “We need comprehensive immigration reform,” said Yale-Loehr. “There are many broken parts to the immigration system. Just trying to fix one of them, whether it’s asylum or illegal immigration, isn’t going to work. We need to have an overall approach. The Senate tried to do this in 2013. We need to have a national conversation about what is the role of immigration and when immigration can help the United States so that we can come up with a new overall comprehensive framework. Then we can untangle some of the mess that we’ve gotten ourselves into.”

Enforcement is a fascinating and sometimes-frightening reality of increased restrictions on immigration. When you read the New York Times Magazine article linked here, you see how it touches many lives. How do you respond to more intense enforcement policies? Do you think we should be rounding up the country’s 11 million undocumented people and deporting them? Or should we have priorities? If so, what should those priorities be? Explore this issue more deeply and discuss it in a group.

What do you consider the single most important immigration issue in the United States? Why did you choose that?