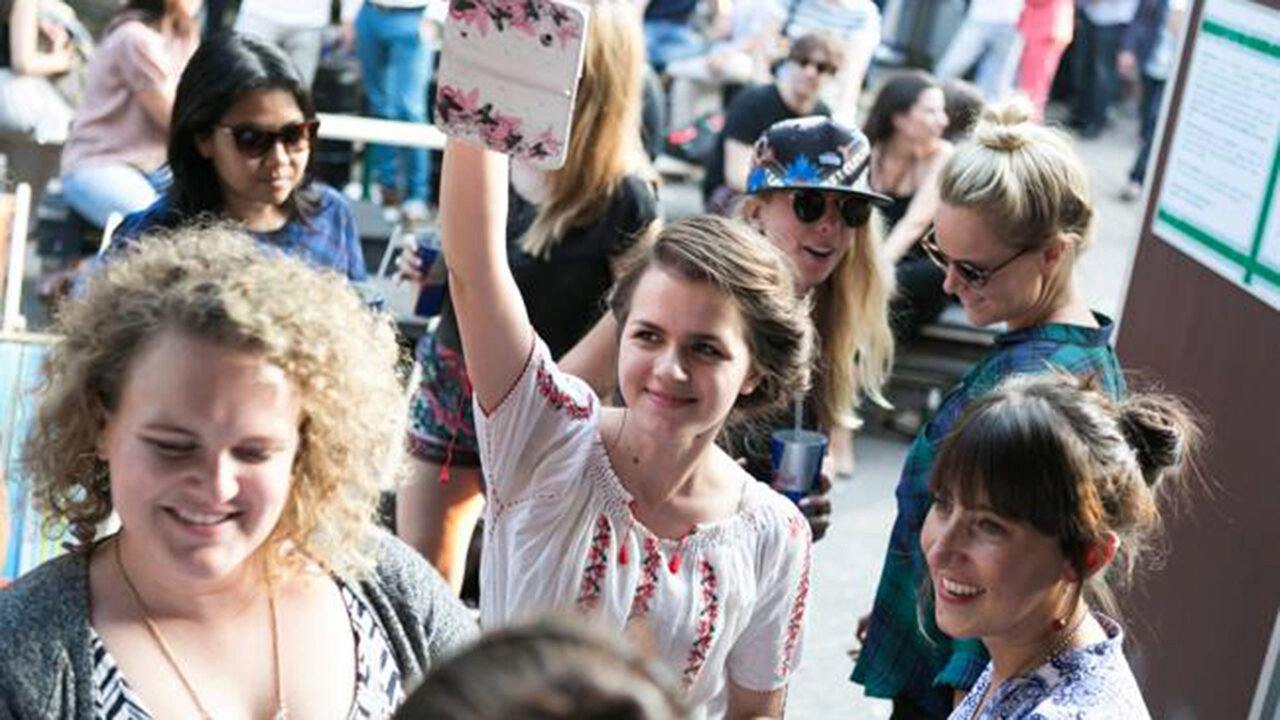 April is Financial Literacy Month in the U.S. To honor the importance of personal finance and the power of learning to manage money earlier in life — a key part of the KWHS mission — we will be featuring profiles of teenagers this month from around the world who are champions of financial awareness, skills and capabilities. These profiles will help demystify the concept of financial literacy. Check in regularly to read about interesting young people who have money on their minds, and saving, investing, budgeting and, of course, spending, in their hearts.

First up: Mara Steiu, an enterprising teen from Gherla, Romania.

Mara Steiu wasn’t your typical 8-year-old. She was more observant than most about things that many kids didn’t even consider. It was around that age that Steiu noticed something curious: When it came to discussing worldly issues at home and in school, her parents and teachers often avoided the topic of money.

Her home, Romania, was (and is) a post-communist country, only emerging from communist rule in 1989. By definition, a communist society depends on common ownership and does not use money, whereas a capitalist society is built quite literally on capital, or money. What’s more, Steiu sensed a discomfort with financial subjects. “I wondered why it was so frustrating for people and why there were so many opposing views around finances and money,” says Steiu, who is now 19. “Deep down, it was a mentality.”

That curiosity grew as Steiu entered high school and still wasn’t learning about money. At 16, she decided to explore ways to bring financial education to her classmates. “I realized that books wouldn’t be efficient,” says Steiu. “Unlike math and literature, you can’t study financial literacy in the same way. It lights up opposing views. I came up with a financial literacy platform to host webinars in which financial experts could get in touch with high school students and we could play related games.”

As she introduced this concept into various classrooms around Romania, students responded immediately to the gaming aspect of the platform and not so much to the rest of it. So Steiu channeled her energy into developing a game for the computer and smartphone that combined two of her passions: financial literacy and entrepreneurship. “I started creating a game to teach young people personal finance from an entrepreneurship perspective,” says Steiu, who describes entrepreneurship as an attitude and a mindset, rather than a set of skills. “Students should be more encouraged to start their own ventures and to think entrepreneurially in high school. This is not happening in the public schools in Romania.”

Steiu’s idea, which after a few iterations evolved into a prototype of the game now called “Teentrepreneur,” was tested with students in Romania and Slovenia. Players of the game create an entrepreneurship ecosystem, through which they make decisions that expose them to important financial concepts, like investing and banking. In addition to winning various awards, the game was presented at Tech Open Air Berlin 2014, Brain Bar Budapest 2015 and at the Ustvarjalnik’s conference in Slovenia.

Still, Steiu’s game development has hit some hurdles, which is why it has yet to launch. “It is incredibly challenging to keep a balance between education and fun,” notes Steiu. “All students expect it to be very fun and all teachers expect it to be very educational. It is a complicated thing to create.” The game is now in “stand-by phase” due to lack of monetary and human resources. Undaunted, Steiu adds that Teentrepreneur “is going to be great for sure.”

Until then, she is staying true to her commitment around financial education and entrepreneurship. After graduating from Petru Maior High School in 2015, Steiu — who was accepted at Babson College in Wellesley, Mass. — decided to take a gap year to develop yet another one of her ideas, iXperiment.

Launched in January of this year, iXperiment is a start-up accelerator for high school students from Romania in which teens progress through all the stages of launching a new business. Steiu is currently working with 30 high school students for four months to engage them in key phases of entrepreneurship: ideation, innovation, initiation and iteration.

With the help of established national and international entrepreneurs (many of whom Steiu met while creating her game), the students work in teams to build their knowledge and launch several businesses, culminating in a competition at the end of May to identify the most novel startup. As they work through money management and other aspects of the initiation phase in April, companies under development include everything from IT services, mobile apps and nonprofits to a new model of a school based on formal education.

“Romania has a lot of initiatives to empower university students to become entrepreneurs, but very few for high school students. This is very exciting for them,” says Steiu, who consults often with her own mentor, George Deriso, an entrepreneurship professor at the University of Colorado in Boulder. The founder of the winning iXperiment startup in May will get a $5,000 scholarship to attend the Watson University accelerator in Boulder, with which Deriso is involved.

While Steiu is looking forward to attending Babson this fall and starting to prepare for a career that empowers students through entrepreneurship, economics and technology, in many ways she is already living out her personal mission of putting ideas into action, with an emphasis on financial education. “Money is all over, but nobody talks about it. My conviction is that we should try to fix this paradox and make it disappear as soon as possible,” says Steiu. “Students have all these resources to read and learn about finances and entrepreneurship, but it’s very hard to go further and apply these ideas. My advice is to be aware and learn about financial literacy and entrepreneurship, but don’t stay at that level. Act. Invest. Take a risk, and make something happen.”

Mara Steiu says, “It is incredibly challenging to keep a balance between education and fun” when creating a financial education game. Become a game developer. How might you successfully walk that line between fun and instructive? Form teams with your classmates and explore how you might enjoy learning finance. Share your ideas with Mara in the comment section of this article.

Steiu considers entrepreneurship an “attitude,” rather than just a word to describe starting a business. Why? What do you think it means to have an entrepreneurial mindset? How might that help you in life, even if you don’t want to start a business?

Make a list of some of the things you have learned about personal finance in school or at home. Have you acted on any of them? If so, share your story with a partner. If not, choose three and set goals for how and when you might make them a reality. Ex: Opening a bank account.

Tackling the Problem of Hunger in America