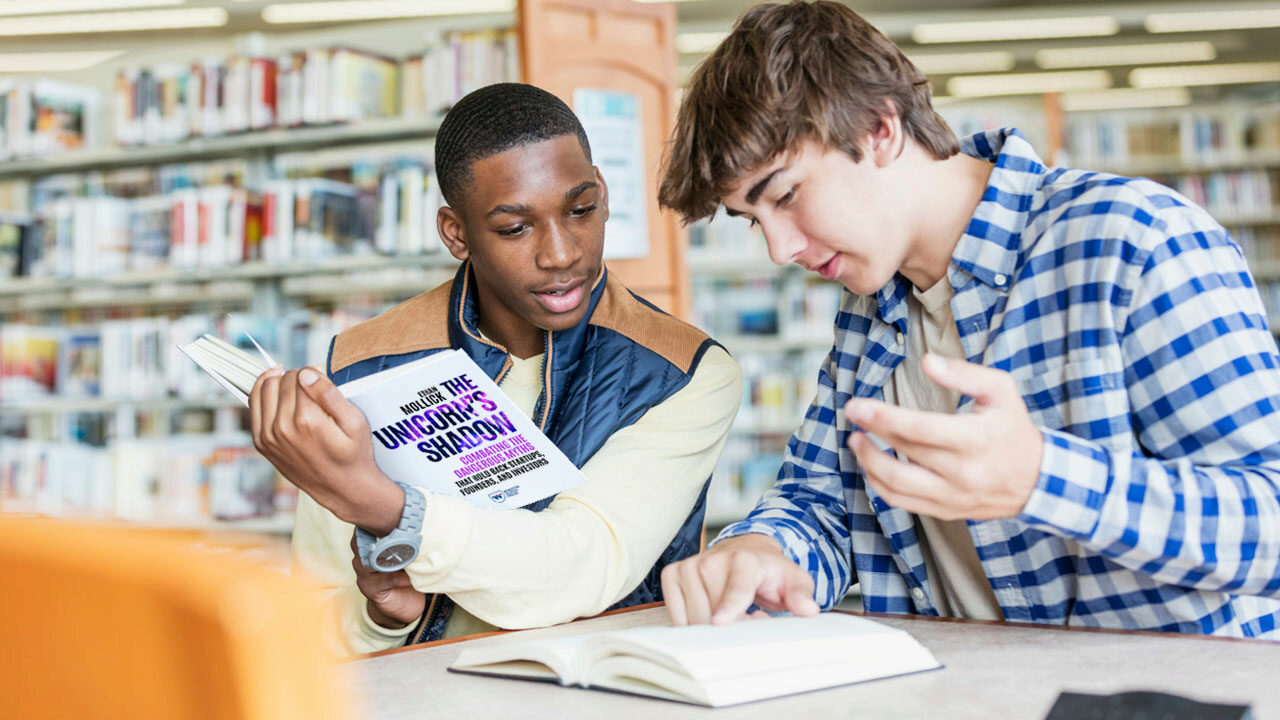 Mollick recently published the book “The Unicorn’s Shadow: Combating the Dangerous Myths that Hold Back Startups, Founders, and Investors” (published by Wharton School Press). Through his research — which he labels evidence-based entrepreneurship — he uses data to call out some common myths he sees in the world of entrepreneurship, and he challenges young entrepreneurs to think differently on their paths to success.

Below are a few insights and key principles that he believes young entrepreneurs should follow.

What does a successful entrepreneur look like? We are influenced by what we see and what we know. The good news, says Mollick, is that new data and better research methods have overturned the conventional wisdom behind what successful founders look like, how they succeed, and how the startup ecosystem works. He’s been digging into that data to challenge the myths. “Entrepreneurship has historically been full of myths because we haven’t had data. People have been making decisions based on gut feelings, intuition, and trying to match patterns. Some of the patterns they’ve been matching have been those of very successful past founders. But the problem is that those successful past founders tend to look very similar to each other. They’re often male, young, college dropouts with a technical background — think Bill Gates or Mark Zuckerberg. The research shows that (this idea) is not the best, only model, to be a founder.”

“When people learn to be better entrepreneurs, their companies do better.” — Ethan Mollick, Wharton Management Professor

Beware the unicorns. The unicorns are a group of hot start-up companies that are valued at $1 billion or more. The latest data suggests that there are some 500 unicorns worldwide, including the likes of Airbnb, SpaceX, Instacart, Epic Games and Door Dash. BTW, a decacorn is a company valued over $10 billion and a hectocorn is valued over $100 billion, like Amazon. According to Mollick, unicorns cast a deep and sometimes dangerous shadow. “People want to be like these companies and they find themselves emulating these organizations,” he notes. “Now the research shows that not only does emulating these approaches usually not lead to success, it also discourages a lot of people who might otherwise enter entrepreneurship because they don’t see themselves as being in the mold of these unicorns.” Be willing to blaze your own trail.

The entrepreneurial mindset. “There’s this feeling that entrepreneurs are born and not made. And that is, by and large, completely incorrect,” says Mollick. “If an entrepreneur can be made, that means an entrepreneur can be taught. One of the most exciting sets of evidence that we’ve had in the last year has been a set of studies showing that when people learn to be better entrepreneurs, their companies do better. They get higher revenue. They’re more likely to survive. What I’d like people to get out of the book overall is there are skills you can learn to be a better entrepreneur.” And these skills are important to have in a start-up environment, as well as in bigger corporations.

Beyond the Aha! moment. So many of our role models perpetuate this idea of “the entrepreneur” as the driver of start-up success. For example, our culture worships the likes of Elon Musk, who runs Tesla and founded SpaceX. And yet, one trailblazer needs a team of workers and innovators to make meaningful progress. “I think that the secret story of the success of entrepreneurship is not the lone genius who comes up with an idea,” notes Mollick. “It’s the manager who builds a team, who successfully leads an organization, and who considers strategy and finance. It’s all these other pieces.”

Why is it important to challenge role models and blaze your own entrepreneurial path? What are some examples of how Ethan Mollick’s evidence-based data backs this up?

Are you an aspiring entrepreneur? If so, what Ethan Mollick insight most resonates with you and why? How might you use this information to start and grow your own business?

What does Ethan Mollick describe as the “secret story of the success of entrepreneurship?” What does this tell you about the entrepreneurship journey and where you would direct your energy?

Teaching, Coaching and Dreaming in Kenya