Exploring the Balance Between Business and the Environment 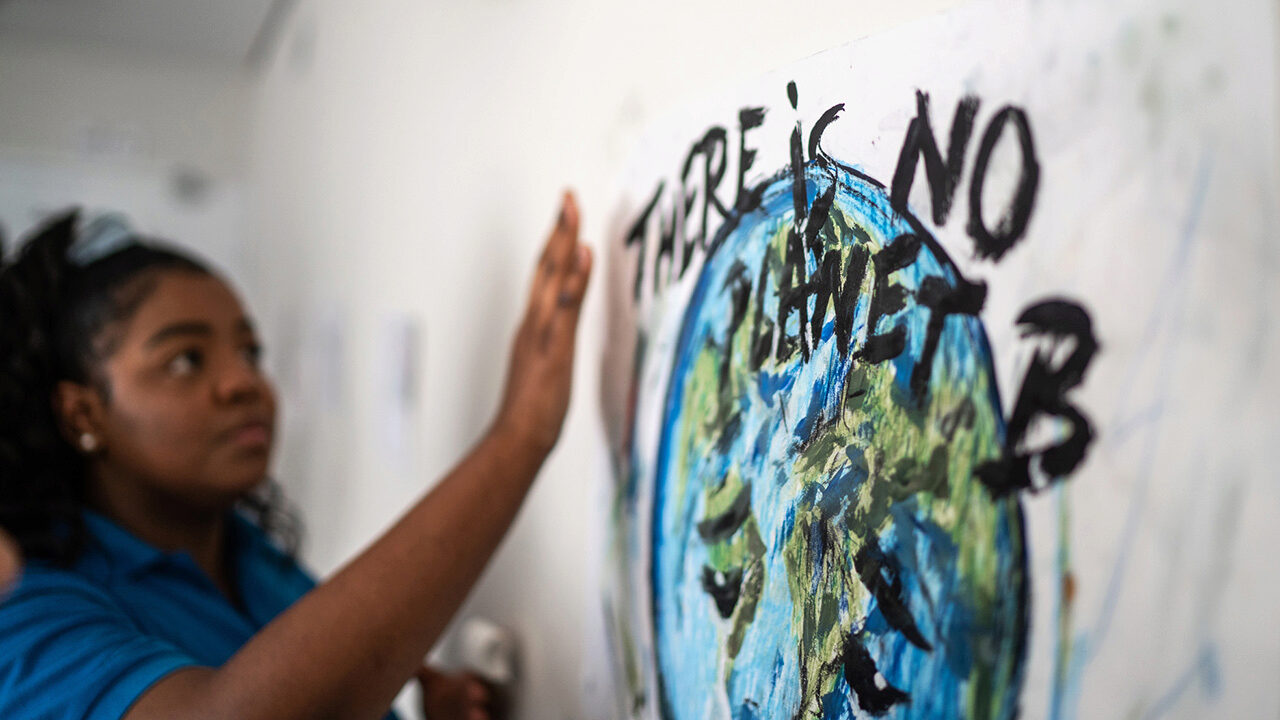 We’ve been doing some environmental eavesdropping. The Wharton Global Youth Program’s collective ear has been pressed to the virtual Wharton School and University of Pennsylvania walls in recent months, listening for messages and insights that might empower future business leaders with the latest language around sustainability and planet-conscious strategizing. So, we’re kicking off our April Business and the Environment content theme with a few key concepts. Have you heard them before?

🌊 The Blue Economy. While most environment-inspired models come in shades of green, this one is in a color all its own. The blue economy refers to the sustainable use of ocean resources to help the economy grow through thriving ocean-based commerce and jobs. The ocean is a vast business hub that supports all kinds of economic activities, from the transport of international goods to fishing and fisheries, and tourism. According to the World Bank, healthy oceans provide jobs and food, sustain economic growth, regulate the climate, and support the well-being of coastal communities. The Organization for Economic Co-operation and Development says that oceans contribute $1.5 trillion annually to the overall economy. And yet human activities like overfishing and pollution threaten ocean health. Leaders focused on the blue economy are working toward creative solutions – like those discussed in this Knowledge@Wharton article — to support this economy and preserve the ecosystem.

💰 Carbon Tax. Climate change experts suggest that emissions of carbon dioxide and other greenhouse gases are affecting the climate. A carbon tax puts an actual tax on the carbon content of goods and services, encouraging businesses to produce fewer carbon emissions. Alexander Quinn, a University of Pennsylvania undergraduate studying economics who is interested in sustainability, has studied the issue. “The consensus among today’s economists is that a carbon tax is one of the most effective tools for reducing carbon emissions,” he writes. In a recent paper, he proposes ways to successfully redefine and broaden the appeal of a carbon tax in the U.S.

“The most direct ways in which to decrease the emissions from land use and supply chain are to use less land to grow crops and bring food production closer to the people purchasing the food.” — Ryan Lam, U Penn Student

🌎 Conscious Capitalism. You’ve heard this described in other ways, too, but at its heart is corporate social responsibility. Conscious capitalism suggests that businesses should operate ethically while they pursue profits, keeping all stakeholders in mind, including employees, people in broader communities, and the environment. They should not just operate to please their finance-focused board of directors and shareholders. For most companies, this requires an entirely new operational approach and mindset. The Wharton Social Impact Initiative recently spoke with two businessmen who illustrate conscious capitalism from both a business and investment perspective. Karl Khoury, co-founder of Arborville Capital, an environmental impact investment fund, said, “We believe that fundamentally there is a theme, a macro theme, towards consumers, businesses, governments, and institutions spending their dollars differently in a way that is promoting resource efficiency and sustainability.”

🏭 Environmental Justice. While this term has been around for decades, it has taken on new meaning in the past year amidst the movement combating systemic anti-Black racism in the U.S. Environmental justice, explains Wharton’s Brian Berkey, means that “no one should be subjected to significantly greater risks from environmentally harmful activity, especially business activity, just because they’re, for example, poor or African-American.” Think of urban factories emitting pollutants that potentially harm local residents.

Lexie Shah, a University of Pennsylvania student who is interested in environmental policy, provides context around the racial justice conversation in her recent paper, Racial Justice Without Environmental Justice Is No Justice At All. In it, she discusses the impact of environmental racism: “The term defines decades of discrimination that have fomented an unequal distribution of environmental risks across races, with Black and brown communities hit the hardest. A history of deliberate segregation played a pivotal role in constructing these disparities, and its legacy continues to target Black communities today.” Lexie calls for the environmental and racial healing of this nation.

🚜 Urban Agriculture. Growing stuff in the city may not seem directly related to business and the environment, but it actually is. Global food production accounts for nearly a quarter of total global greenhouse gas emissions. The emissions are coming from land usage, crop production of food, livestock farms and the packaging and distribution of food through the supply chain. Ryan Lam, a University of Pennsylvania junior, has been studying how to engineer improved systems for clean water, clean air and waste management. One solution to reducing emissions, he says, is the expansion and promotion of urban agriculture. In his paper Scaling Up Urban Agriculture for Emissions Reduction and Community Health, he writes, “The most direct ways in which to decrease the emissions from land use and supply chain are to use less land to grow crops and bring food production closer to the people purchasing the food. Moving more farms within urban centers accomplishes these two goals simultaneously.” Be sure to check out Ryan’s ideas for increasing urban agriculture in a sustainable way.

Which of these concepts do you find most interesting and why?

Choose one concept to research more deeply by clicking on the provided links. Discover 5 additional facts or insights about the concept and share them with your classmates.

Why is maintaining a healthy balance between business and the environment so critical? What happens if the scale tips too far in one direction?

7 comments on “Exploring the Balance Between Business and the Environment”