The Employment Reality: ‘It’s So Much More Complicated’

The job market is a scary place right now, with high unemployment figures for both teens and adults. The President’s Council on Jobs and Competitiveness is working to change that reality by helping young job seekers who, say their peers, are ready and able to take on new challenges and make a difference in the technology-driven global economy. …Read More 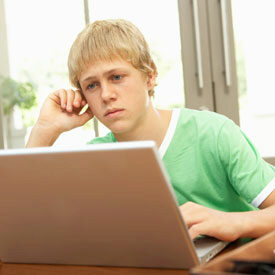 Laura Sorice, a junior at Old Bridge High School in New Jersey, never considered the possibility that she wouldn’t be able to find a job. As a college-bound student, she assumed that after four years of hard work, she would have her pick of potential employers.

But after seeing a friend graduate college and apply fruitlessly for jobs, that image was shattered. According to the Bureau of Labor and Statistics, unemployment numbers for adults hover around 8%. “We’re constantly told ‘Work hard and you’ll get there,’ Sorice, 16, says. “That’s not the reality right now. Trying to navigate through and balance what you love and what can make you money — it’s so much more complicated.”

Getting People Back to Work

Sorice’s concerns are exactly what a new council created by President Barack Obama seeks to address. The President’s Council on Jobs and Competitiveness, which had its first meeting at the end of February (2011), aims to attract jobs and businesses to America, give American workers the skills they need and find ways to encourage businesses to invest in American competitiveness.

As council member Darlene M. Miller puts it, “Our job duties are to find what we can do to get people back to work, what the government can do to help us and what it can do to get out of the way.” Miller, CEO of Minnesota-based Permac Industries, says the council is asked to find immediate solutions that can be set into motion right away, as well as to explore plans that are more long-term.

The 22-member council, headed by Jeffrey Immelt, CEO of General Electric, is broken down into several subcommittees that look at fields such as infrastructure, energy, free trade agreements and high-tech education, which Miller co-chairs. With just 40 employees in her company, Miller represents the small business in a council full of head honchos from bigger companies. The subcommittees have weekly telephone conversations with “a lot of e-mail and phone conversations between that,” Miller notes.

One of the issues Miller finds important is instilling more practicality when it comes to graduating high school seniors. Parents and counselors encourage everyone to go to college and get a bachelor’s degree, “but we’re not focusing on technical schools or engineering or high-tech skills,” Miller says. Renewing that focus, she adds, will help students retain their interest and finish their education and also lead to more highly trained American students, reducing the need to look outside the country for technically trained employees.

The mother of two grown sons and grandmother to five grandchildren, Miller says she tries to show her teenage grandchildren that jobs and careers are what you make of them. Her manufacturing company has 20 different jobs, ranging from receptionist to accounting to sales. “The really big thing for them is to learn that you, too, can make a difference,” Miller says. “You don’t have to be the president of GE, as long as you believe in what you’re saying and what you’re doing.”

A Real-world Education for the Future

Kurtis Conkel, 19, understands the value of making a difference in business. Conkel is taking a gap year to serve as national president of DECA, an international association that prepares high school and college students to be leaders and entrepreneurs in marketing, finance, hospitality and management. “I know the components of the Jobs and Competitiveness Council, and its main goals are essentially aligned with what DECA has been doing for over 60 years,” says Conkel, a 2010 graduate of Lincoln East High School in Lincoln, Nebraska. DECA reinforces leadership, entrepreneurship and the mindset of thinking globally and acting locally.

Conkel believes that the downturn in the economy is strengthening his generation by teaching them hard lessons when they are younger — a real-world education that can be used in the future. Unemployment rates for teenagers are higher than for adults; according to the Bureau of Labor and Statistics, one out of four teens cannot find jobs.

Paige Dorman, central region vice president for DECA, says the organization is a microcosm of what is happening to the economy as a whole, with cuts in federal funding and members struggling to pay dues and registration fees for conferences. Despite those issues, membership grew last year as more students explored ways to strengthen their business and marketing skills. Our generation “is taking the initiative and we do want to be heard,” says Dorman, 19, a freshman at the University of Minnesota, Duluth. “We are going to be the ones to say, ‘Hey, we know what we’re doing, give us a chance. We know how to do the jobs.’”

Tanner Plott, 17 and a junior at Nordhoff High School in Ojai, California, is encouraged that if the Jobs and Competitiveness Council is successful at creating more work for adults, the openings will trickle down to high school students. “It’s going to take time and consideration,” he says.

These students all predict that technology will be the hot field, noting the way that technology now connects the entire world. Says Conkel: “We’re growing up in a global economy. It’s not about what I want to do or what I can do in Nebraska. What I do in Nebraska is going to impact people in Minnesota or Pennsylvania or Japan.”

The Future of Work