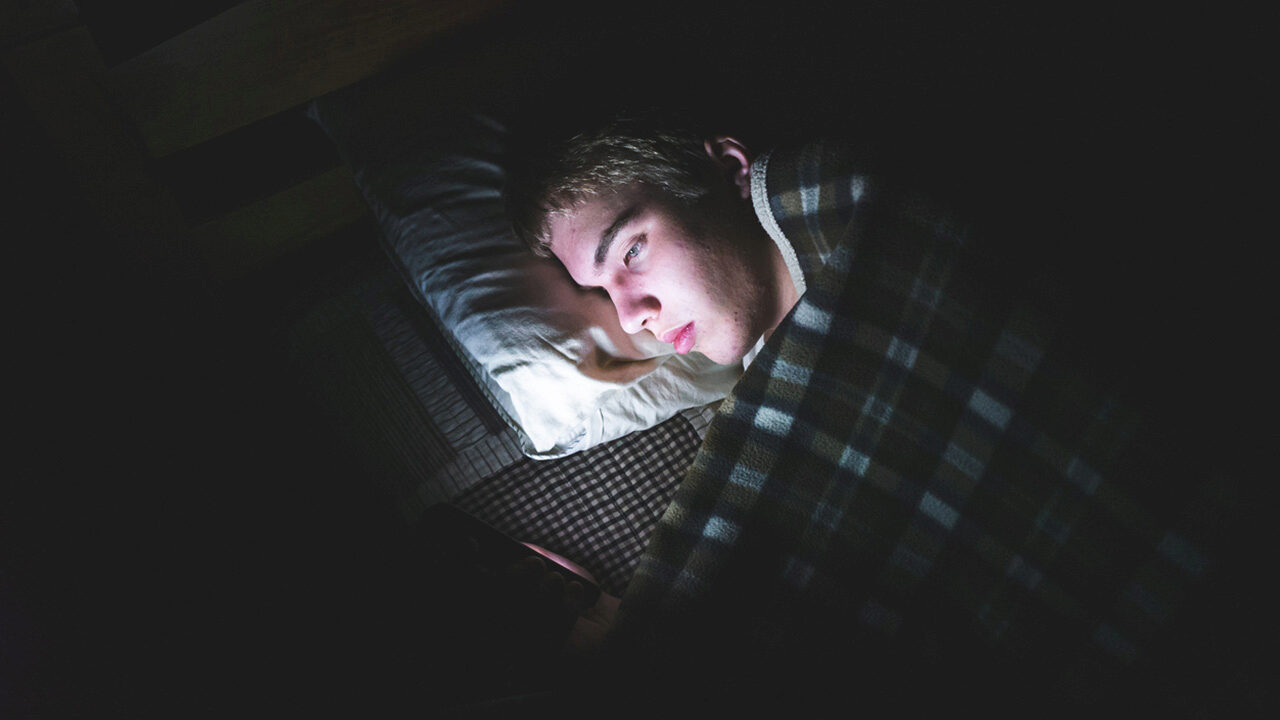 According to the company’s recently published “Screens and Sleep” report, the newest look at an ongoing study tracking how mobile devices are affecting families (see related links), more than one-third of teenagers bring their phones to bed with them and wake up in the middle of the night to check their devices. Parents, by the way, aren’t great role models; 1 in 4 wake up at least once per night to check their phones.

Numbers like this add fuel to the fire around an increasingly popular business buzzterm: digital well-being. Many argue that technology is hurting us. For example, if you’re texting or scrolling through Instagram at 1:00 a.m. with only the glow of your smartphone lighting your way, you’re not getting enough sleep. “The findings trouble researchers because they indicate large numbers of smartphone users are ignoring the recommendations of sleep experts to cut off screen time at least an hour before bed and not check the phone in the night,” noted a Wall Street Journal article about the Common Sense study.

‘My Feelings Get the Best of Me’

Kashish A., 16 and a rising senior at Greenwood High International School in Bangalore, India (and a past competitor and regional finalist in our Wharton Global High School Investment Competition), admits that her phone has become a non-negotiable part of her nighttime routine. “Despite all of the quarrels I have had with my parents regarding the matter, my phone has become an essential part of my life,” says Kashish, who uses her mobile to do everything from learning Spanish, reading books and watching Netflix, to scrolling through her favorite social media feeds. “It has transformed into a need more than a desire. I get into bed around 11:30 p.m. and I stay on my phone for about an hour, sometimes even more…I do strongly feel that phones interfere with my sleep schedule, and although I am self aware of the problem, not using my phone in the night creates an uneasiness within me. The feeling of not being aware of your surroundings or missing out on an event while you sleep is terrible. In spite of me being conscious of the fact that this isn’t worth losing sleep over, my feelings get the best of me.”

FOMO (fear of missing out) is a big motivator – or are the smartphone-obsessed just flat-out addicted? Kashish, for one, leans toward the latter. “I find myself making excuses as to why I need my phone and begin to lie about the purpose of my using it,” she observes. “I say that I need it to listen to music or that it has my documents, but those could easily be replaced by a small music device or my laptop. The biggest issue is that we’ve become so addicted that switching off our phones or leaving them at home when we go out are sources of anxiety or uneasiness.”

Tech companies are taking up the challenge of improving digital well-being, largely under pressure. Common Sense, the same company that wrote the “Screens and Sleep” report, held a conference last week in San Francisco to discuss solutions for what they consider to be the harmful technology craze.

Tristan Harris, former design ethicist and founder of the Center for Humane Technology, kicked off the conversation with Ellen Pao, founder of Project Include, by discussing tech companies and the attention economy. The attention economy refers to how Silicon Valley and other innovation hubs treat your attention span like a commodity and find ways to get you hooked on their products. Referring to the race for attention as “human downgrading,” Harris said that “after racing to the bottom of our brain stems to get and keep all our attention, tech now needs to race to the top and think about designing in ways that are best for society.”

“I am completely shocked by the hours I spend on my phone on the weekend. My personal record is eight hours!” — Kashish A.

Google, Apple and Facebook, all criticized for breeding digital addiction, have answered the call by launching new tools to help users mind their phone time. Google, for instance, just announced Focus Mode, a new feature for Android devices that allows you to turn off apps that you find personally distracting while you’re trying to get things done. Parents can also set time limits on specific apps, rather than screen time in general. This week, Apple unveiled broader accessibility for Screentime, which allows you to get real-time reports about how much time you spend on your Apple devices and set limits for what you want to manage.

Kashish says that she appreciates how tech companies are finding ways to make her more aware of her digital habits, even if she resists the idea of phone-free hours. It was particularly helpful, she adds, during her recent school exams. “I use Apple’s option for measuring screen time and am completely shocked by the hours I spend on my phone on the weekend. My personal record is eight hours! That is one-third of my day spent using my phone,” she observes. “However, because of the reminders of how long I spend wasting my day, I have begun to use my phone less…I do believe small steps to improve the time spent on these devices help a substantial amount. They have helped me and many around me, and the movement to bring down the screen time usage of people will result in major productivity improvements.”

But don’t expect people to part indefinitely with their smartphones anytime soon. In fact, not everyone buys into the spiraling screen-addicted society scenario. Wharton marketing professor Shiri Melamud has conducted extensive research that suggests we shouldn’t feel so badly about constantly staring down at our phones.

“One of the key takeaways of my work is that consumers seem to have a uniquely emotional relationship with their smartphones over and above its functional value,” said Malamud in an interview with our sister publication, Knowledge@Wharton. “In one stream of my work, I show that smartphones often serve as a sort of adult pacifier for many consumers. It’s providing similar emotional and psychological benefits that a pacifier or security blanket might provide to a child. For example, in one of my studies I show that consumers who feel stressed, after engaging with their phone, show greater recovery than people who engage with the identical content on a comparable device. In that sense, you might want to feel a little bit better about your relationship to your phone. It seems to have, at least in the short term, some positive outcomes.”

Stress reliever? Possibly. Time monopolizer? Absolutely. Sleep-deprivation device? Potentially. If you’re reading this on your smartphone at 3 a.m., we have a suggestion. Get some sleep.

So, do you take your cell phone to bed? Share your story in the comment section of this article. Why do you spend so much time on your phone?

How would you rate your own digital well-being? Is mobile technology interfering with or enhancing your life experiences? Why or why not? What do you want researchers and digital well-being promoters to understand most about your relationship with screens? Do you agree with the assessment that technology has led to “human downgrading?”

Kashish Arora believes that, “Small steps to improve the time spent on these devices help a substantial amount.” What do you feel is the solution to excessive smart-phone use, if any?

18 comments on “Digital Well-Being: Do You Take Your Cell Phone to Bed?”