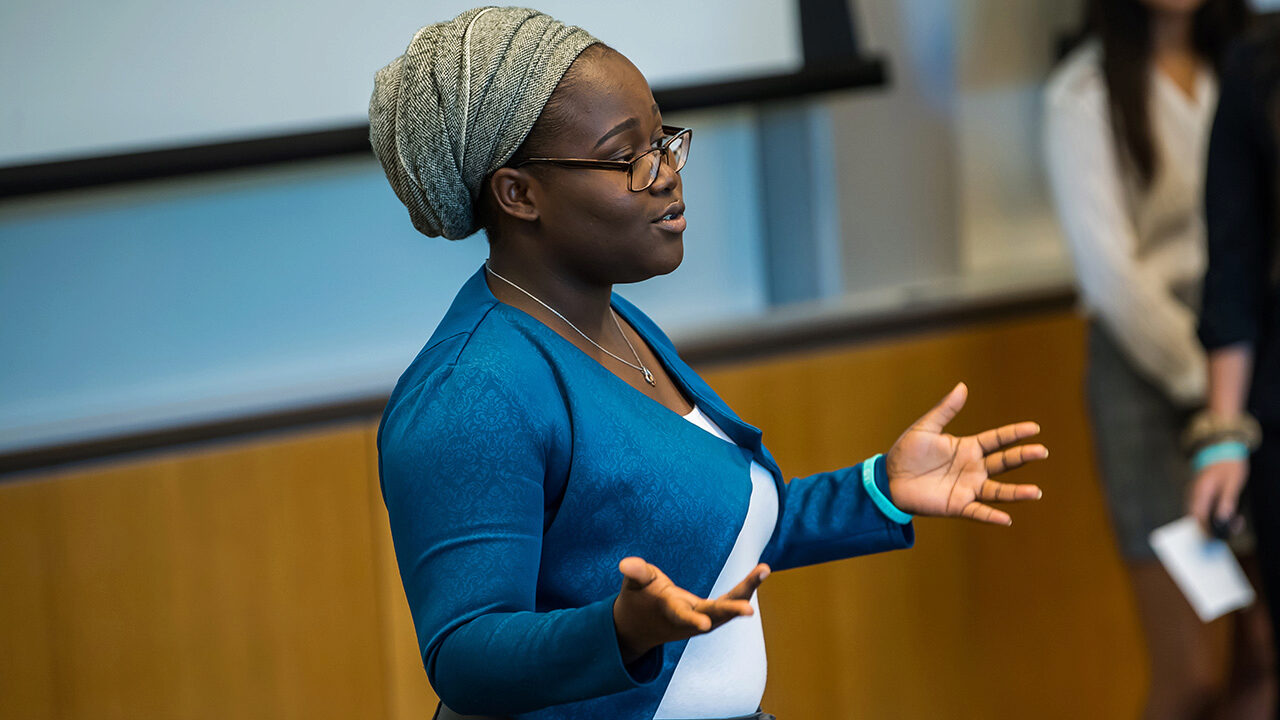 If ever a year has been ripe for a discussion about public policy, it’s 2020.

Public policy involves developing, implementing and evaluating policy solutions, or specific courses of action usually taken by governments or nonprofit organizations, to address the problems that societies face. Policy initiatives support how people live and work in small communities on up to how global markets operate.

Challenges like the COVID-19 pandemic and racially-motivated unrest in the U.S. have fueled business-related public policy debates that involve everything from assisting small businesses and corporations at times of economic difficulty (the government’s Paycheck Protection Program or PPP loan program for small businesses has grown from its original $320 billion to $670 billion), to tackling police violence.

With help from our sister publication, Knowledge@Wharton, here are some of the latest public-policy issues generating insight and interest from experts at the Wharton School. Visit the Related Links tab with this article to read full discussions on each of these topics.

√ Inside the “She-cession.” Since the pandemic began in February, women have been leaving the labor force in significantly greater numbers than men, according to several recent studies based on U.S. Census data. Working mothers are especially vulnerable; they’re nearly three times more likely than men not to be working because of child care demands. “All women, but particularly working mothers, come under stress during normal times, and this pandemic has really put them under stress,” said Janice Bellace, Wharton emeritus professor of legal studies and business ethics. “If they’re not working, what does that mean, particularly now that we’re starting a school year where there’s virtual schooling? Well, that means they really are exiting the labor force.” Bellace joins a growing chorus of experts who say the situation requires policies that help support working mothers, so they aren’t forced to choose between child care and work. “I think, as soon as possible, there have to be some temporary and extraordinary measures to provide child care,” she said.

√ Data Science and Police Reform. The deaths of George Floyd, Breonna Taylor, Philando Castile and a number of other Black citizens who have lost their lives during an interaction with law enforcement officers have put the topic of police reform at the top of the national agenda. The phrase “defund the police” became a rallying cry across many American cities over the summer as protesters marched for social justice and promoted the idea of reducing police department budgets to put money toward underfunded social services, like education and employment. Dean Knox, a Wharton professor of operations, information and decisions, has studied the issue of police reform with Jonathan Mummolo, a professor of politics and public affairs at Princeton University. With the help of Analytics at Wharton, they co-founded Research on Policing Reform and Accountability, an organization dedicated to bringing academic rigor and science to what is often a very emotional debate. Knox says that we are “massively underestimating” bias in policing because we don’t have enough data or statistical analyses. “The first thing that we need is data transparency — things like disclosing how officers are assigned to patrol, what neighborhoods they’re in, how often they’re on the street, who they stop, who they arrest, who they use force against. Sunlight is the best disinfectant, so we need more transparency about civilian complaints and how allegations of officer misconduct are investigated.”

“As with the coronavirus, we need to anticipate the climate crisis and act quickly and aggressively to minimize further damages before they overwhelm us.” — Howard Kunreuther, Co-director, Wharton Risk Management and Decisions Processes Center

√ Balancing Health Care and Economic Policy. Many of the issues that have surfaced as a result of the pandemic have created debate about existing policies and much discussion about the need for reform today and into the future. David Guy, a Wharton professor of health care management and professor of medical ethics and health policy at the University of Pennsylvania’s Perelman School of Medicine, is one example of the voices raised for change. He has watched as the various measures in place to slow down the pace of COVID-19 transmission in the U.S. have affected the physical and mental health of people, caused job losses, and increased insecurities related to housing and food. “At the same time, “the [weaker] segments of society are less likely to have the means and the space to effectively [practice] social distancing, to effectively have their kids do remote schooling, for themselves to transition their job into the home, and so on,” David said during a Wharton Business Daily interview on SiriusXM. “Policymakers ought to have done something to ensure that people losing jobs continue to have health insurance.” Our leaders, he said, need to do better.

√ COVID-19 and Climate Change: In the U.S., the number of COVID-19 cases skyrocketed from fewer than 10 in early February to nearly 330,000 in early April. As of November 3, the U.S. has had more than 9 million cases. Wharton professor Howard Kunreuther believes that the pandemic offers an opportunity to increase people’s awareness of another major global risk. As co-director of the school’s Risk Management and Decision Processes Center, his research focuses on ways to better manage events that are low in probability but very high in consequences, such as natural disasters or viral outbreaks. Supporting that research is the concept of exponential growth, which is defined as a pattern of data that sharply increases over time. In examining the exponential growth curve of COVID-19, Kunreuther recognized a teachable moment about the dangers of climate change, the changing weather patterns that many believe are resulting from pollution and threatening the planet. “Aside from the coronavirus pandemic, the biggest most destructive exponential growth processes that we must grapple with today are those associated with global climate change,” Kunreuther said in his research. “While it might be hard for humans to detect that carbon emissions and their concentration in the atmosphere are growing exponentially right now, that doesn’t mean we should rest easy. The opposite is true. As with the coronavirus, we need to anticipate the climate crisis and act quickly and aggressively to minimize further damages before they overwhelm us.”

Tomorrow’s business leaders will have to analyze these and other policy issues to find solutions and collaborate with governments to improve how people live and work and economies operate. Jeffery Gao, a recent Wharton graduate who’s pursuing a career using technology to promote social welfare, says this: “What I love so much about policy is that it’s an elegant, but unique application of logical problem-solving. You determine your goals, examine why you have not yet met them, think about how it would be possible to meet them at a date in the future, and lay the infrastructure to ensure that that occurs.” 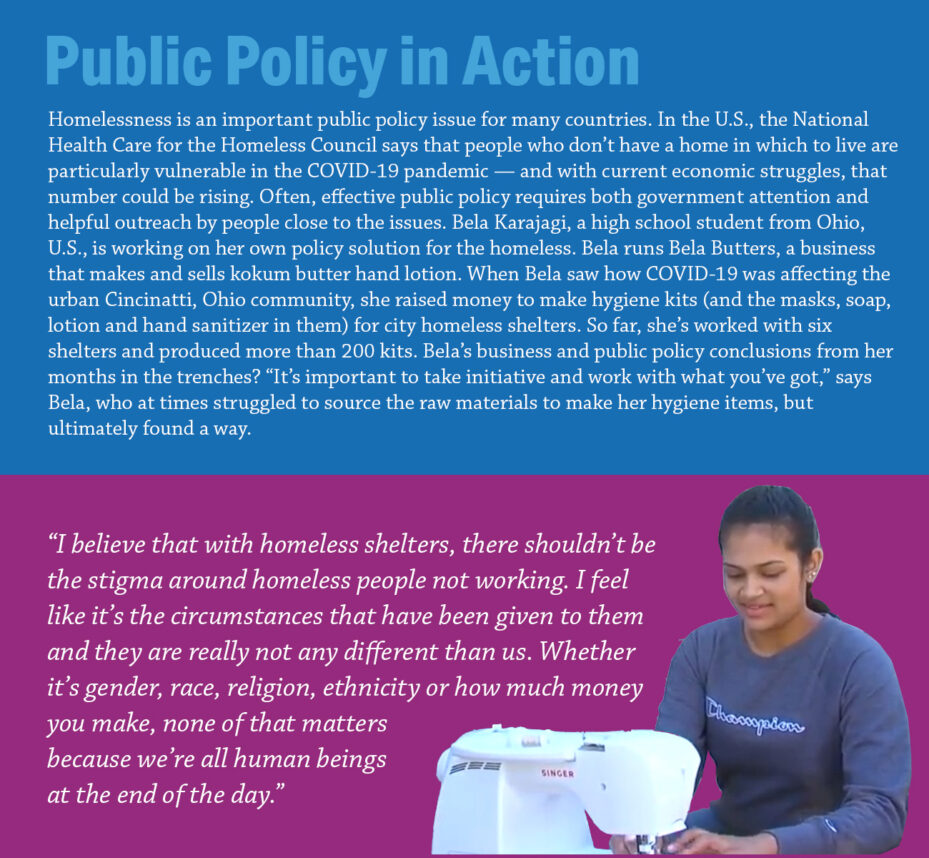 Which public policy issue addressed in this article interests you the most and why? Would you rather work in a different public policy arena? If so, which one? Tell us your story in the comment section of this article.