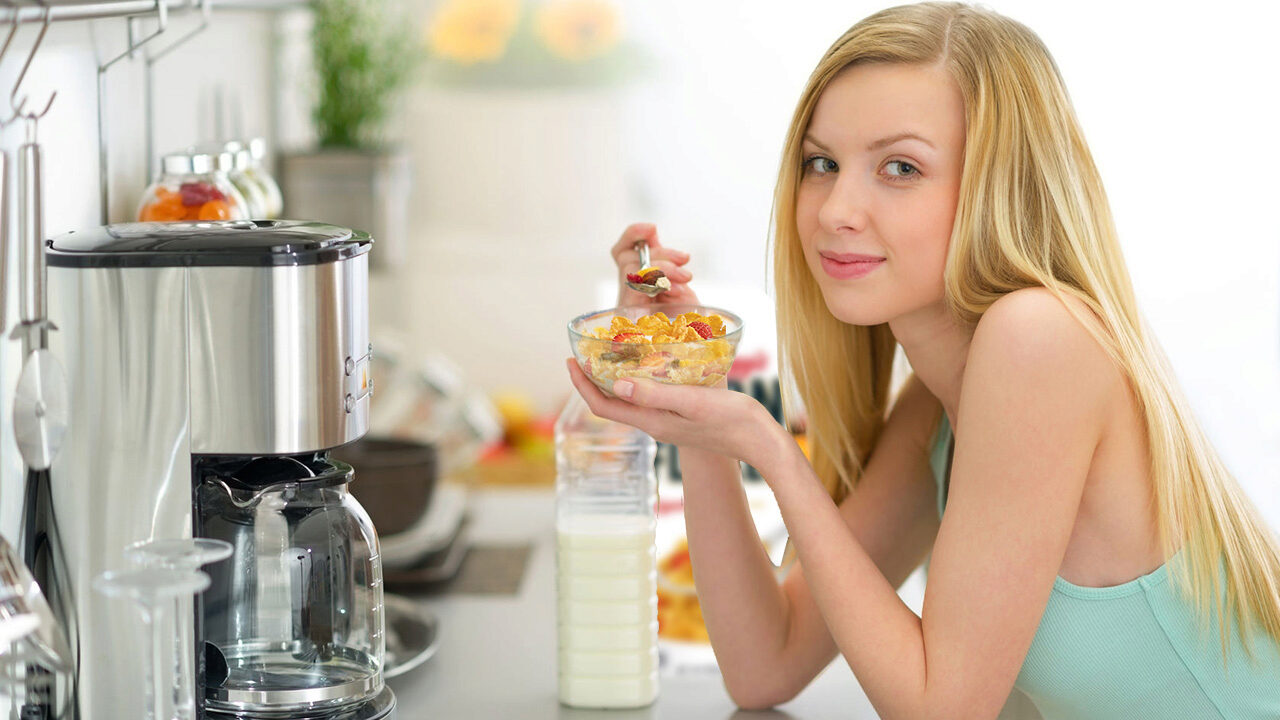 The business world is built on stories of struggle, triumph, perseverance and personal conflict – particularly when it comes to family members vying for positions of power in the boardroom, prestige within a brand dynasty and, of course, money. You don’t need to look far to discover courtroom dramas involving siblings, parents, spouses, aunts and uncles. Check out the Related Links accompanying this article to read more about famous corporate family slugfests involving the Kochs of Kansas, tobacco heiress Doris Duke’s estate, and health care giant Johnson & Johnson — to name just a few.

Over a century ago, Kellogg’s created the first breakfast cereal, the corn flake, in Battle Creek, Mich. Today, the name Kellogg’s evokes more than corn flakes but also Pringles potato chips, Pop tarts, Eggo and other snack items. But the brand’s status as an American icon glosses over the family drama between brothers John and Will Kellogg, whose ideas gave birth to the business.

The book, The Kelloggs: The Battling Brothers of Battle Creek, chronicles this conflict. It is written by Dr. Howard Markel, a professor and the director of the Center for the History of Medicine at the University of Michigan. He recently joined the Knowledge@Wharton show, which airs on SiriusXM channel 111, to talk about the bitterness that tinged the brothers’ relationship. Visit Knowledge@Wharton to read the full interview and listen to the podcast.

Knowledge@Wharton: Normally, I would wonder why a professor of medicine would be interested in this story. But John Kellogg was actually a very well-known physician.

Howard Markel: Yes, he was one of the most famous physicians of his time. He was a best-selling author. He edited a magazine that was read by millions around the world. And he ran the Battle Creek Sanitarium, which was a world-famous medical spa, grand hotel and up-to-date medical center that thousands of people flocked to every year.

Knowledge@Wharton: His success in medicine was important when he and his brother decided to get into food production.

Markel: One of the doctor’s great interests was in the digestive tract. He saw a great many patients with upset stomachs, ulcers — what was then called dyspepsia and what Walt Whitman called “the great American stomach ache.” And little wonder, if you look at what Americans ate in the late 19th century — a lot of animal fat, heavy, greasy fried foods, creamed vegetables, pickles, spicy condiments and so on. No wonder everyone had a stomach ache. These very worried people came to the doctor for digestive advice. Cereal was really a by-product of his whole philosophy of health.

The doctor prescribed what we would call today wellness. He called it biologic living. Some of it was based on his religion, Seventh-day Adventism. The idea was to eat a whole-grain and vegetable diet, exercise and the like. But he developed cereal — first wheat flakes, then corn flakes — as an easily digestible meal.

Knowledge@Wharton: His brother Will sees this as a potential marketing idea?

Markel: Absolutely. The doctor was the showboat, the brilliant doctor that people wanted to see. But Will ran that sanitarium. He was the chief of staff without title for nearly 25 years. He was a great businessman. He was also right there experimenting with the doctor because it took thousands of tries to get the right formula for corn flakes. He saw right away that there are a lot more of healthy people who just want to have a healthy, nutritious breakfast than sick people who want an easily digestible one. It was his brilliant, eureka-like moment that led to him leaving the doctor’s employ and creating what was called the Battle Creek Toasted Corn Flake Company. We know it today as Kellogg’s.

Knowledge@Wharton: The relationship between the brothers is part of the story, and the fact that they did not see eye to eye.

Markel: The doctor was eight years older than Will, and he humiliated and browbeat his brother for their entire lives. When they were kids, it was physical [attacks as well as] taunting and such, but even when they worked together, the doctor treated him like a lackey. He paid him very poorly. He humiliated him in front of the guests. The doctor was so busy, he would ride his bike across the campus. Will would run, and huff and puff while he took notes, so the doctor wouldn’t miss a stitch on his great ideas. They didn’t have a great relationship.

When Will left the company and started being successful, the doctor started making his own cereal, and that took away from Will’s brand. He actually sued the doctor, and the doctor countersued. The lawsuit went all the way to the state supreme court over the issue of who had the right to use the name Kellogg on a box of cereal. The doctor thought, “I’m the world-famous doctor. I’m the digestive guru. It’s me.” And Will said, “Hey, wait a minute. I spent millions of dollars advertising Kellogg’s Corn Flakes. They think of me.” And guess what?  Will won.

Knowledge@Wharton: How successful was Will?

Markel: He was successful beyond his wildest dreams. He said to some of his early investors, “I sort of feel it in my bones.” This was his great creation, corn flakes. Within a few years, they were just shipping out carload after carload of cornflakes on the trains to the hinterlands.

In 1906, you have to imagine how difficult it was for a mother to make breakfast, frying up bacon and making eggs. You had wood-burning stoves, so you had to stoke the fire. After 1906, you could just pour breakfast out of a box. Even Dad could make breakfast. It was just utterly incredible. It was one of the great modern inventions of the early 20th century.

Knowledge@Wharton: It wasn’t only the effort that went into making a traditional breakfast, but what was being consumed went against the healthy philosophy that John had.

Markel: You were eating a lot of cured, salted meats or potatoes fried in the congealed fat from last night’s meal. It wasn’t what we would call a healthy breakfast by any stretch, and this was — it was sold that way. It was sold directly to mothers and their children. Will came up with the first [idea of putting a] toy in the box. It was a coloring book. That came out in 1909. He found that the coloring book took up a lot of space in the box, and it was a lot cheaper than adding the extra corn flakes. It was just a brilliant idea all around.

Knowledge@Wharton: When did they start to develop the other types of cereals that ultimately made this company famous?

Markel: Right away, Will developed not only Corn Flakes, but a few years later Rice Krispies. He learned how to pop rice the way we now know it as “snap, crackle and pop.” He actually stole the recipe for shredded wheat and came up with Kellogg’s Shredded Wheat. That was a different lawsuit, by the way. Of course, the doctor came up with all these [recipes for] bran cereals that Will stole. It was very easy to steal a cereal recipe, even if it was patented. All you had to do is change one tiny little step. So Will sold All-Bran and Bran Crumbles and things like that. The other cereals that we know Kellogg’s for — Frosted Flakes, Sugar Pops and Sugar Smacks — those all came to be after Will retired and after he died.

Knowledge@Wharton: Battle Creek was important to the cereal industry for quite some time. You note that there were dozens of cereal companies there at one period of time?

Markel: At one point in the early 1900s, there were over 100 different companies. A lot of them were fly-by-night companies or were successful only for a few years. And unless you’re a historian like me, you would never know the names of these cereals. One my favorites was called Maple Flakes. Even in the early 1900s, they had maple syrup-impregnated flakes. There was C.W. Post. Charlie Post was a patient at the doctor’s Battle Creek Sanitarium. He couldn’t pay his room and board, so he worked it off by working in the kitchen and stole some of their most famous recipes.

Knowledge@Wharton: How did the rest of the Kellogg family react to this battle between John and Will?

Markel: It was very toxic. The other family members, particularly their sisters and brothers, didn’t know which way to turn. These were both very powerful men, and they did not want to curry their disfavor in any way.

John Harvey [Kellogg] and his wife, Ella, had 42 adopted children. They never had their own children. In fact, many people believe they never even consummated their marriage. Will had three children — two boys and a girl. While he was quiet about his complaints about his brother, they knew very well about this battle, and it did not have a good effect.

Will, of course, had an inferiority complex the size of Rhode Island. Despite his great success, he was the Bill Gates of processed food. I use that name not just because of his success as an industrialist, but also because of his success as a philanthropist. The W.K. Kellogg Foundation is about a $9 billion foundation and does remarkable work to this day. But he had a great inferiority complex and was never terribly happy. He was very domineering. When he died, his grandson wrote, “Nobody really shed a tear.” To me, this was one of the saddest stories ever to come out of Battle Creek.

Knowledge@Wharton: It wasn’t a surprise that John would want to get into the business after Will had early success. When Will won the court case, he was allowed to have a small notification on the cereal boxes?

Markel: Yes, the settlement was almost like a commentary from the Talmud. You could put it in tiny little writing on the back flap, on the bottom of the box. The doctor still invented many health foods beyond flaked cereal. He was one of the early users of psyllium. We know it now as Metamucil. He was one of the early developers of soy milk, probiotics and acidophilus. Bran cereals were a big deal for him because it wasn’t just digestive health per se. He was a big fan of regularity and wanted not only himself but also his patients to have four to five bowel movements a day, just like the gorillas he studied in the zoos that ate a high-bran diet.

Knowledge@Wharton: What was the relationship of the brothers after the court case?

Markel: It was never good to begin with. They rarely spoke to one another. Their last face-to-face meeting was a terrible argument, and John died only a few months later. It’s really quite sad. John did try to make amends, but Will would have none of it. They both went to their graves very sad about how acidic this relationship became.

Why were corn flakes considered such an innovation in 1906? How did marketing expertise advance that innovation to brand fame?

What were the different strengths that the Kellogg brothers brought to the cereal business? Think in terms of business concepts like product development and operational expertise. Were they both innovative? Why did they ultimately end up in court?

What does this interview tell you about the birth of an industry? What does it take to advance an idea, then a business, then an entire business category like cereal? How do people like Charlie Post influence the process?