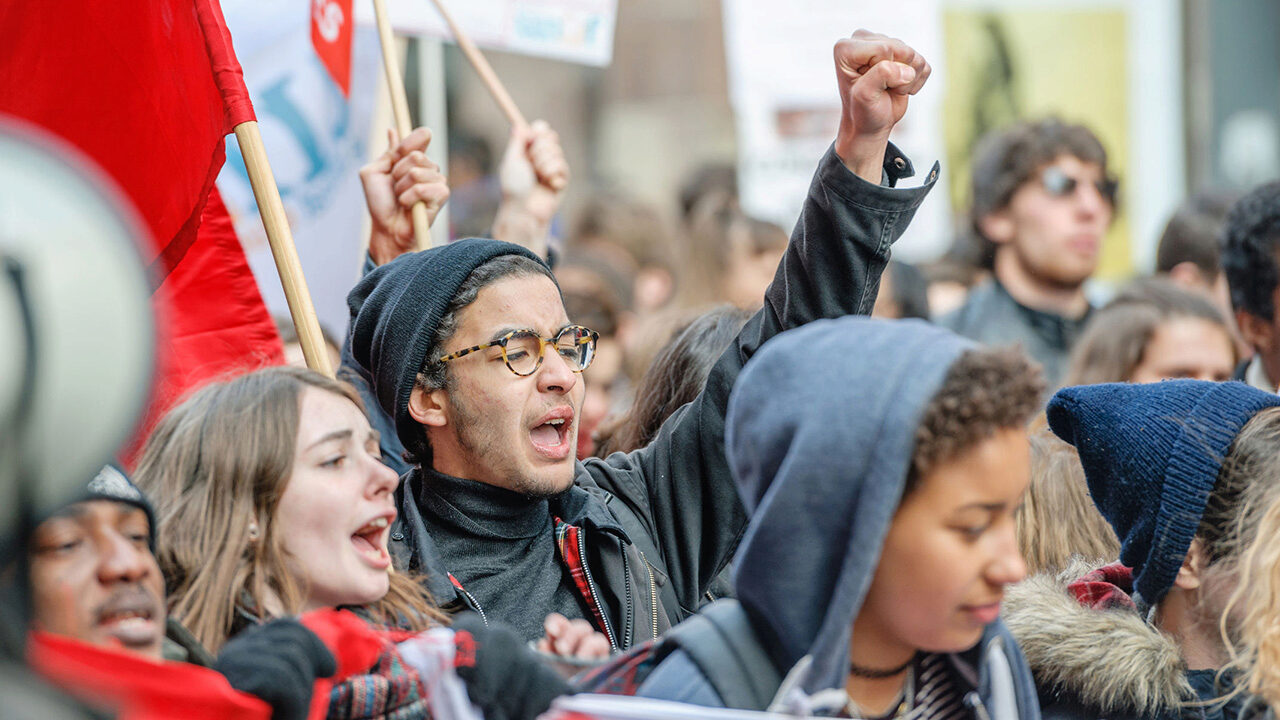 Friday, September 20, 2019 was an important day for high school student activists. Tens of thousands walked out of their schools or skipped school entirely to participate in Global Climate Strike marches happening in cities across the U.S. and internationally. The latest statistics, at least in the U.S., suggested that students in more than 800 locations planned to go on strike from school for the day to attend protests to raise awareness about climate change and advocate for stronger policies about the changing temperature and weather patterns that they believe are threatening the future of the planet. Katie Eder, 19 and executive director of the youth-led Future Coalition, told USA Today, “It’s going to be a really, really powerful day, the launch of a new era of climate movement. This is just the beginning for us.”

As multitudes of students under the age of 20 rally around climate change and other critical social impact issues, such as gun control, many are challenging the role of business and politicians in supporting real change. Greta Thunberg, a 16-year-old from Sweden who has quite literally become the face of youth climate-change activism, told a meeting of this week’s Senate climate crisis task force in Washington, D.C., “Please save your praise. We don’t want it. Don’t invite us here to just tell us how inspiring we are without actually doing anything about it because it doesn’t lead to anything…we don’t want to be heard. We want the science to be heard.”

Some high-level decision makers are taking action. Several companies, including Patagonia and Burton, are shutting down operations on Friday to stand with the protesters and inspire their employees to get involved. “For decades, many corporations have single-mindedly pursued profits at the expense of everything else — employees, communities and the air, land and water we all share,” Patagonia CEO Rose Marcario wrote in a LinkedIn post. “Now we face a dangerously hot and fast-changing climate that is exacerbating natural disasters, causing food and water shortages, and speeding us toward the biggest economic catastrophe in history. The plain truth is that capitalism needs to evolve if humanity is going to survive.”

Patagonia’s Marcario is one voice. But how willing are key influencers, including brand-name companies, to support controversial topics like climate change (which has both supporters and detractors), so that they, to Thunberg’s point, actually “do something” to further policy and bring about change? What’s more, are they morally obligated to jump into the fray?

“As more young people enter the business world, they’re able to exercise some influence over the way that businesses think about their responsibilities with respect to the environment.” — Brian Berkey, Wharton Assistant Professor of Business Ethics

At least on climate change, Brian Berkey, a Wharton assistant professor of legal studies and business ethics, tells Knowledge@Wharton High School that progress in this area has been slow. “Business’s record so far on the climate issue is, on the whole, quite disappointing, though there are at least some encouraging signs that things may be improving. Part of this, I suspect, is due to the growing concern about the issue, especially among young people. As more young people enter the business world, they’re able to exercise some influence over the way that businesses think about their responsibilities with respect to the environment.”

Berkey and Eric Orts, a professor of legal studies and business ethics and director of Wharton’s Initiative for Global Environmental Leadership, joined the Knowledge@Wharton radio show on SiriusXM this week to address the very issue of businesses taking a stand on critical societal issues.

The discussion was inspired by the recent news that 145 companies, including Uber, Gap, Dick’s Sporting Goods and Levi Strauss, are calling on Congress to do something regarding gun violence and mass shootings in the U.S. In a letter sent in September to Senate members, they asked for new laws on background checks on all gun sales and red flag laws allowing the courts to issue extreme risk protection orders. The letter said, “Doing nothing about America’s gun violence crisis is simply unacceptable.”

At stake? Customers who might disagree with a company’s political participation and boycott their business, resulting in fewer sales and profits. This has historically contributed to inacation on the part of big businesses who choose to stay on the sidelines, or, as Orts called it, adopt a policy of “business neutrality.”

Business Is Part of Society

And yet, as Orts suggested, more companies seem to be rallying around big issues like gun violence because the human toll is too great and they can no longer afford to “keep their hands clean.” In 2018, following the mass shooting at Marjory Stoneman Douglas High School in Parkland, Florida, Dick’s Sporting Goods, for example, voluntarily removed assault-style weapons from its inventory and raised the age to purchase any other gun to 21. By the end of the year, Dick’s said that the new policy caused a sales decline of $150 million.

“As a business, you do have to make an ethical choice here that involves the tradeoffs,” said Orts. “You can’t just be a CEO trying to maximize your returns and looking at only what the customers want. You have a responsibility to protect your people who work there. We have 100 people killed every day in the U.S. It’s an epidemic-level problem that no other country has a problem with. It’s because of our laws. At some point on these high salient issues that are a threat to lots of the population, it becomes a responsibility to be part of the society and take a stand.”

Echoed Berkey: “People in positions of power and authority in the business world have a responsibility to take even much more controversial public positions in order to contribute to addressing really important moral issues. Climate change is one of the good examples of this.”

Which brings us back to this week’s protests, leading into the Climate Action Summit at the United Nations in New York City on September 23, and the growing list of companies that are taking a stand on climate issues by closing their doors, including Ben & Jerry’s. Climate change, argues Wharton business ethics professor Philip Nichols, is a particularly critical area of business engagement and influence. “Given the very serious potential threat posed by climate change, it would seem to be an area in which every member of society should be engaged, and business is part of society,” he said. “Business is not excused from social engagement just because it happens to be business.”

Thunberg and her armies of activists also help the business world to focus on what really matters, added Nichols. “They present a vivid and easily understandable expression of social norms and expectations. Such demonstrations make it easier for business leaders and government leaders to understand and take into account the social context in which business operates and to which government should be accountable.”

Did you participate in the Global Climate Strike? Share your story in the comment section of this article.

Do you agree with professor Eric Orts when he says, “You can’t just be a CEO trying to maximize your returns and looking at only what the customers want.”?

Who is Greta Thurnberg? Why do you think she has risen to such prominence as an activist?

Cap, Gown, Cash: Get Smart with Your Graduation Gifts