The recent news that Friendly’s restaurant chain had filed for Chapter 11 bankruptcy led not only to worries about the fate of the Fribble shake, but also questions about debtors-in-possession, stalking horse bidders and overleveraged operations. A bankruptcy lawyer helps to demystify the world of corporate financial restructuring. …Read More 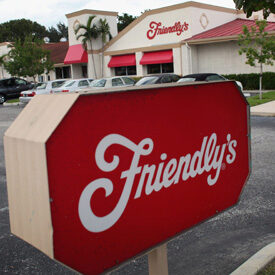 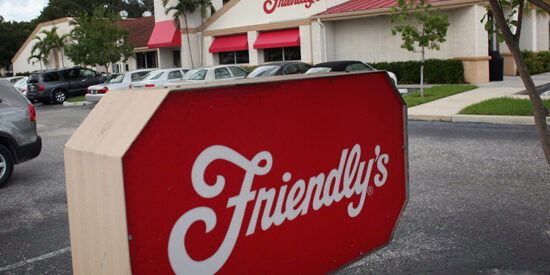 Say it ain’t so! Teens and their parents alike let out a collective gasp in recent days when news hit the wires that Friendly’s, the home of plentiful ice cream flavors, the Fribble shake and clown-shaped sundaes with Reese’s Pieces eyes, had filed for Chapter 11 bankruptcy. The chain’s more than 500 East Coast restaurants – the first of which opened in Springfield, Mass., in 1935 when founders Curtis and S. Prestley Blake were only 18 and 20 — have served as popular after-school and weekend hangouts for decades, prompting students like Abigail Waitt, 14, and Harrison Asaro, 16, of North Shore Technical High School in Middleton, Mass., to worry about the fate of their nearby Friendly’s.

While Waitt and Asaro’s favorite Friendly’s along with 423 other locations will continue to serve up scoops, 63 of the company’s restaurants are targeted for closing. Many have already gone dark in the past week.

Given the reality of bankruptcy, which is when a person or company cannot repay the debt owed to its creditors, it may seem surprising that Friendly’s is still able to operate more than 400 restaurants. This is because the parent company has filed for Chapter 11 bankruptcy, which allows it to reorganize under the protection of the bankruptcy court. While a Chapter 7 bankruptcy calls for a company to liquidate all its assets and close down, a Chapter 11 is potentially a second chance for a business to succeed.

“Chapter 11 is a period of time for an entity to get and take a breathing spell from the pressures of its creditors,” says Michael D. Sirota, a bankruptcy lawyer with Cole, Schotz, Meisel, Forman & Leonard in Hackensack, N.J. “During that breathing spell, the company hopes to restructure its financial affairs and balance sheet to emerge a stronger and more well-balanced company.”

When a business and its primary creditor, which in Friendly’s case is a private equity firm known as Sun Capital Partners, contemplate Chapter 11 reorganization, they bring in financial experts to come up with models that show how to make the company leaner and hopefully more profitable. In Friendly’s case, that meant paring  down the  number of restaurants, and working with real estate consultants to identify which store leases are valuable and which are not.

Ultimately, notes Sirota, a picture of a restructured Friendly’s emerges that has fewer stores, less overhead (for instance, the cost of rent) and a reconfigured balance sheet, which is a company’s tally of its assets, debts and investments. When it announced its Chapter 11 bankruptcy in early October 2011, Friendly’s said, “After a thorough analysis of the profitability and contribution of all Friendly’s locations, including the lease costs involved, the company made the difficult but necessary decision to close underperforming restaurants. These closures will help the company realize important cost savings and operational efficiencies that will improve its financial foundation so it can better serve all constituencies.”

Bankruptcy in the business world is defined by its own rules and language. One of the more interesting concepts that emerged from the Friendly’s announcement was the promise of a “stalking horse bidder” to “quickly restructure the company and emerge stronger and more competitive.”

The stalking horse is the lead bidder on a bankrupt company’s assets that is chosen by the bankrupt company. “A company in Sun Capital’s position [as the largest creditor] says, ‘We think Friendly’s is a better enterprise by cutting stores, cutting employees, doing this and that. If you’re prepared to do that, then let’s file a Chapter 11, tee up this sale and rather than going to the investment banking community and trying to find someone to buy, we will be the party that opens up the bidding,’” notes Sirota. “The stalking horse gets the show on the road as the buyer that is brought to the table first and is given a few goodies to be put in that lead position. About 90% of the time, a stalking horse plays for the purpose of being the ultimate buyer of the bankrupt company.”

Since Friendly’s has reportedly already secured some $70 million in debtor-in-possession financing [referring to a bankrupt company that is still running its own operation] from a lender affiliated with Sun Capital, a solid commitment from the stalking horse bidder could result in a quick Chapter 11 reorganization, adds Sirota.

While businesses entering Chapter 11 bankruptcy must wrangle with all the legal and restructuring responsibilities, the impact on the Friendly’s customer — other than some shuttered restaurants — is minimal. Perhaps weighing more heavily on most consumers’ minds, and stomachs, these days is the fact that many of their favorite restaurants are struggling. In addition to Friendly’s, popular eateries like Real Mex Restaurants, Fuddruckers, Perkins & Marie Callender’s and SSI Group Holdings, which operates Souper Salad and Grandy’s restaurant, have all recently filed for bankruptcy.

The reality that fewer people have the cash to go out and eat, and the high cost of raw materials — in Friendly’s case, cream — are contributing to the food and service industry troubles. More importantly, notes Sirota, these companies are plagued by one of the biggest challenges of the economic downturn: They are overleveraged, meaning they have borrowed too much money and cannot make payments on the debt. “You have seen these restaurant chains and other businesses go to the credit markets pre-2008, borrow a ton of money and expand,” says Sirota. “Now [following the economic downturn that started in 2008], all of these companies are coming back and saying, ‘Do we liquidate or do we give it the old college try and reconfigure, converting our debt to equity and seeing if we can move forward with a skinnied-down operation.’”

In Friendly’s case, reorganization is the answer. The Fribble lives on.

One comment on “Friendly’s: Where Chapter 11 Bankruptcy Makes the Meal”