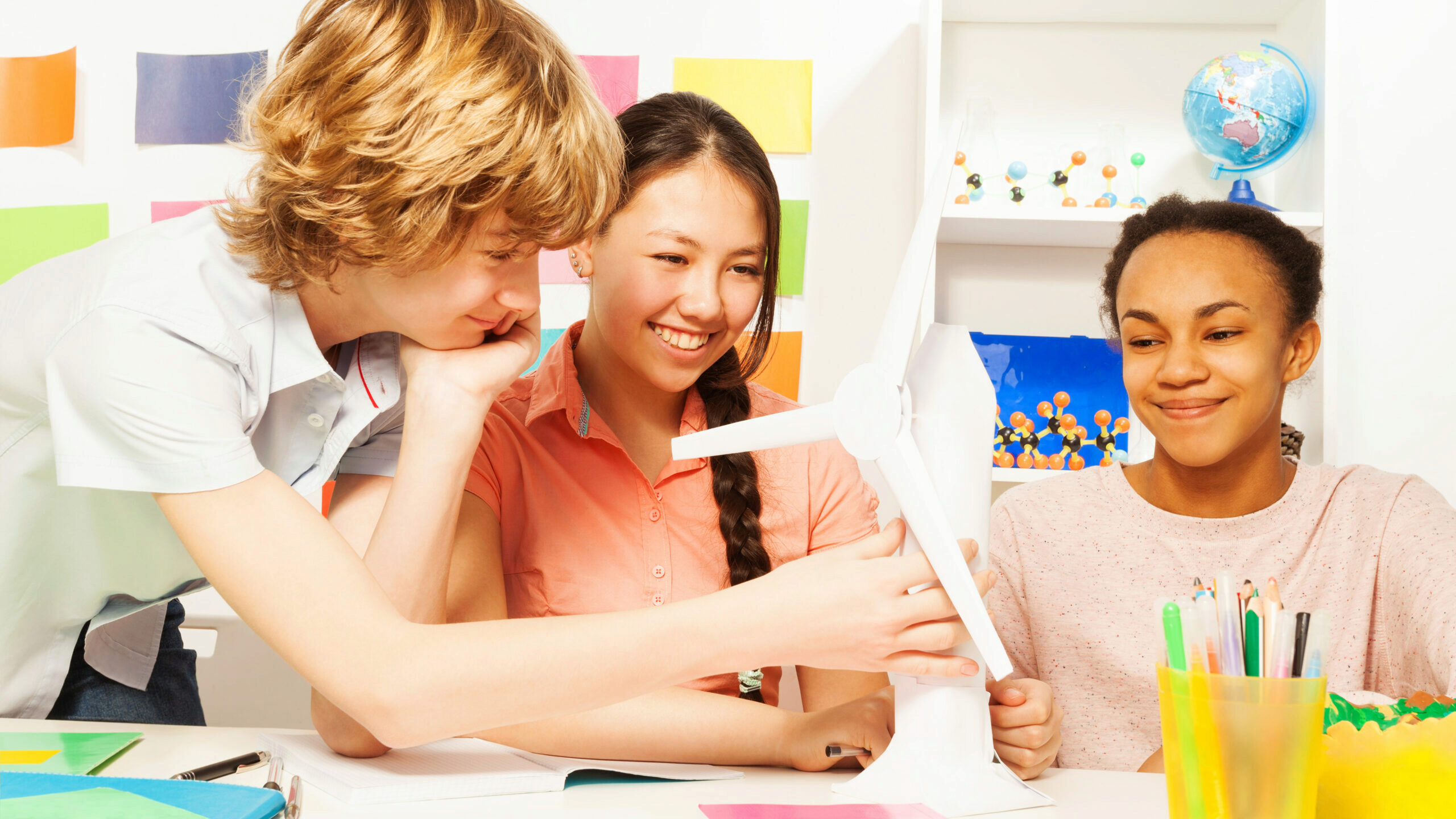 Maanasa Mendu is relying on innovation and electric charges to tackle the global energy crisis. The freshman at Mason High School in Mason, Ohio, will travel this month to St. Paul, Minnesota, as a top 10 national finalist in the 2016 Discovery Education 3M Young Scientist Challenge. While there, she’ll present her invention that helps make wind power a globally applicable energy source. “Wind power is a powerful and popular form of renewable energy with enormous potential,” says Mendu in her competition video. “We need to make wind power an efficient and globally applicable energy source.” Mendu has created a device that uses piezoelectricity materials that are eco-friendly and cost-efficient to provide wind power to the world.

Mendu’s invention and passion for the future of energy generation are well in tune with the critical needs of the global economy. The adoption of renewable energy, generated from natural resources like sunlight, wind, tides, plant growth and geothermal heat, is a key strategy in combatting greenhouse gas emission-fueled climate change, which the World Economic Forum identifies each year as a serious global risk. Traditional fossil fuels like coal, natural gas and petroleum – which renewables seek to replace — contribute to the air pollution that causes global warming.

An article published this month by our parent publication, Knowledge@Wharton, explores today’s market for wind and solar power and the realities of climate change. Says Wharton business economics professor Arthur van Benthem: “The renewable energy industry has experienced dramatic growth over the last couple of years.”

Here are some fast facts shared by van Benthem and other climate change experts about the global challenge to deal with greenhouse gas emissions:

Can the growth in renewables like wind and solar alone solve the climate change challenge? Why or why not?

Do you have any personal experience with renewable energy? For example, solar panels on the roof of your house? Is renewable energy a topic of interest in your school or your community? What about the use of electric cars? Research some local strategies for fighting the effects of greenhouse gas emissions.

Why do you think the oil industry opposes capping fossil fuel emissions? Similarly, The Obama administration attempted to cap emissions through the Clean Air Act, but the legislation is under review by the Supreme Court. Why would there be opposition to laws and changes that clean our air and help to save the planet? Discuss different dimensions of the relationship between business and the environment.

Using the “Related Links,” research SolarCity. Who is Lyndon Rive? What did you learn about him and the business of renewable energy deployment, in particular solar power?