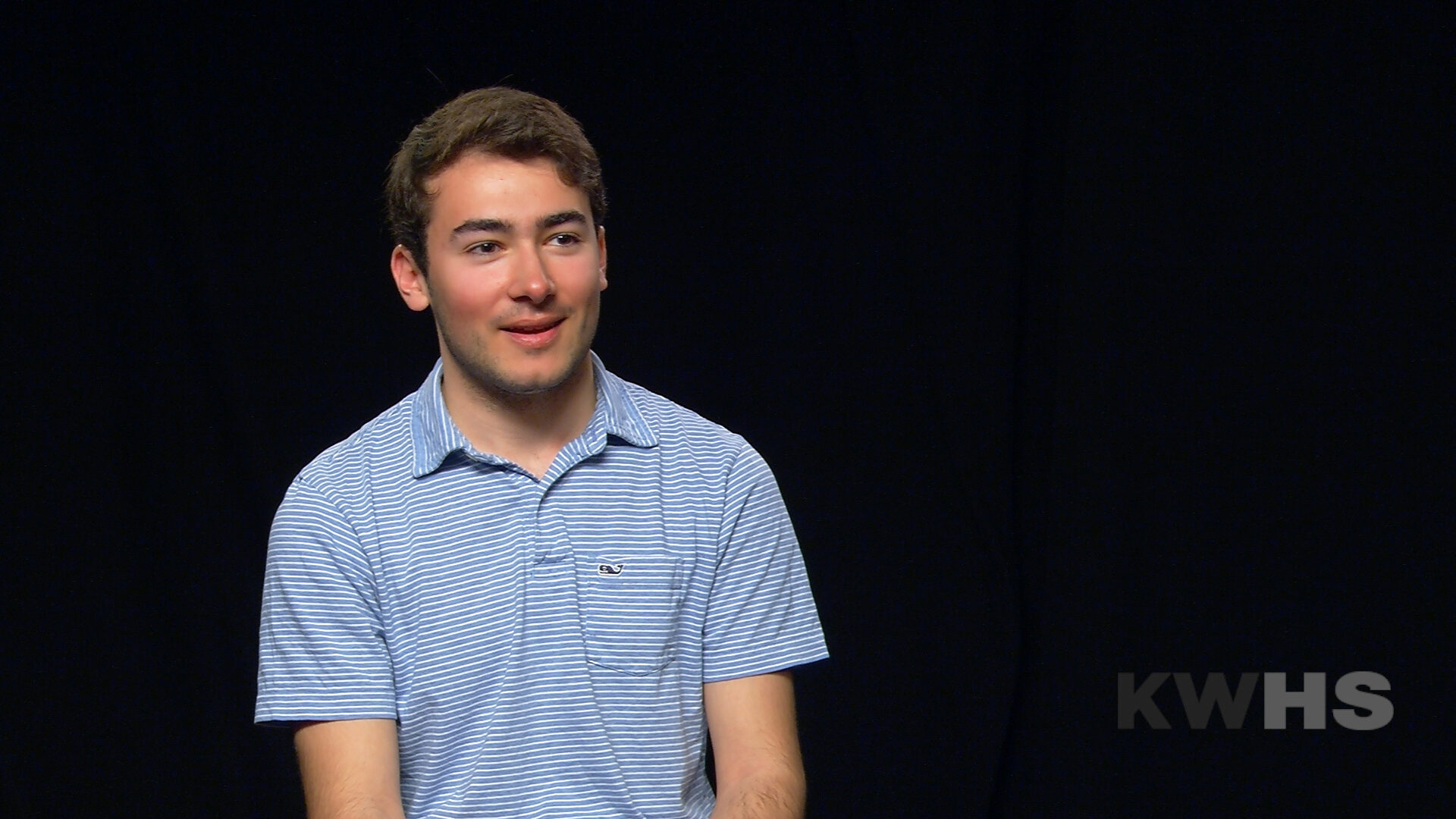 Not every teenager gets to add experience working for Silicon Valley car maker Tesla to his LinkedIn profile. Dylan Diamond, a sophomore at Wharton and owner of Diamond Apps, LLC, is one of the few. Diamond, who built his first app while at Staples High in Connecticut, U.S., has been working as a supercharger analytics software engineer for Tesla since his senior year in high school. KWHS interviewer Emmie Stratakis sat down with Diamond, who is now 20, to find out more about his love for technology and entrepreneurship – and how it relates to his love for the Tesla Model S and the Apple Watch.

Knowledge@Wharton High School: Hi everyone. We’re here with Dylan Diamond, a student in both management and technology in the Wharton School, and in engineering. He’s here with us to talk about technology and entrepreneurship. Dylan, thank you so much for being here today.

Dylan Diamond: Thanks for having me. Happy to be here.

KWHS: How and when did you get into computer science?

Diamond: It goes back a while. So, I got my first Mac when I was probably eight years old. Shortly after that, I was browsing the internet and right clicked on a web page and found the “View Source Code” button. I had no idea what that was or what that did. And my parents had no idea either. Later, I found out that it was HTML code that the browser rendered and then that’s how you saw the website that you and I interacted with. [Following] a tangential course from there, I started a web development company. It was around fourth grade, at maybe age ten, and it was very basic — just making static web pages for friends of my parents, whether they were local doctors, lawyers or nonprofits. That was the origin of it. And then from there, I took it up to dynamic websites and culminating in mobile apps around eighth grade.

So throughout late elementary school and middle school, it was basic static web development, [which was] teaching me the fundamentals of programming and things like that on the side, because obviously school wasn’t teaching that back then.

KWHS: That’s so amazing. You were so young! How were you first recognized by Tesla?

Diamond: In 2015, my parents got a Model S [the signature Tesla electric vehicle introduced in 2012], and I obviously loved the car. Before we even got the car, I was super passionate about Tesla and the mission to transition the world to sustainable energy [by replacing gasoline-powered vehicles with those that run on electricity]. Another thing that happened in 2015 when we got the car was I also got the first Apple Watch. And upon getting the car my brain, for some reason, thought that I was supposed to be able to control the car from my Apple Watch. And I couldn’t.

There was a mobile app that Tesla offered at the time, which was simpler than today’s offering, but no Apple Watch app. Over the course of junior year of high school, I took it upon myself to develop an Apple Watch app for Tesla, so I could control the car, anything from heat, lights, horn, even driving it remotely up to 30 feet from your watch.

That developed into an app called Tesla Toolbox, which I then released on the App Store. It went viral within the Tesla community online. Through that process, I was put in touch with Tesla and ultimately wound up working for them while still in high school, or the last few months of high school, senior year, on the supercharger analytics team. And since then I’ve been ecstatic about that team, super passionate and have, I think, really made an impact on Tesla, and they’ve taught me so much as well.

KWHS: What do you do there now?

Diamond: I’m a software engineer on the supercharger analytics team. For those who don’t know, supercharging is a concept that Tesla developed that allows electric vehicles to get from point A to point B without fear of range anxiety. Electric vehicles, obviously, can’t pull up at gas stations, right? So, the main way that electric vehicles charge is at home, because if you’re just going on a quick trip around town you’ll have a charger in your garage, for example. When you purchase the car, [Tesla will] set up a charger in your garage. But supercharging is really cool. It enables you, just like at gas stations when you’re going on a road trip you can fill up at any gas station, this is basically gas stations for Teslas, so you can get energy into your battery in under 30 minutes and then be on your way again.

We take all the data from those charging sites and build tools around that. Specifically, what I do is develop software that enables people at the company to track the deployment and monitoring and just all the information about the [supercharging] sites so that we have a better charging network and our customers are happier.

KWHS: Have you started any new ventures of your own since then?

Diamond: Since Tesla, I’ve continued to maintain. I have other apps on the App Store in the education technology space that have done well, and I continue to monitor them and release new updates for users. And I’m currently working on an ed tech platform that I can’t really get into too much right now, but I’m excited to see where that goes.

KWHS: What do you hope for your future?

Diamond: For my future? Honestly, I think if I’ve learned one thing at Tesla it’s that technology can help people change the world and make a difference. I don’t want to be limited by one specific industry or even one specific medium. I don’t consider myself necessarily a computer scientist, but really an entrepreneur using computer science as a tool to reach people and make a difference, and hopefully help people through technology. If I can even just help a few people through tech, hopefully on a large scale, that’s the future that I see.

KWHS: What advice would you give to young entrepreneurs who are also interested in tech?

Diamond: Just stick with it. It’s resilience and perseverance, because you’ll have a lot of other obstacles in your life, whether it’s school, whether it’s external conflicts, even dealing with college applications. But if you have an idea, it doesn’t matter where you get the information to build it. From my perspective, I didn’t predominantly learn about computer science in an academic setting. It was having an idea and then Googling and watching random YouTube courses and other online resources to build the idea.

[For example], when I was a freshman in high school, I developed an app that allowed students to check their grades from their phone. But as a freshman in high school I had no idea how to build the tech behind that. I just had a problem, which was I couldn’t check my grades on my phone. And the solution was build an app around that. Later, I would learn the steps to get there. If you face problems in your everyday life that you think you can solve, whether it’s through technology or any other medium, just stick with it and execute. If you’re really passionate about it, then I guarantee you’ll succeed. Or even if you don’t succeed, you’ll learn something so you can succeed later on.

KWHS: That’s amazing advice. Thank you so much for being here with us today, Dylan.

Diamond: Of course, happy to be here.

Dylan Diamond identified a problem and worked on a solution. Describe some examples of when he did this. How did it lead to his work with Tesla?

What is supercharging analytics? Do you think this field will grow in the future? How much? Describe the electric-vehicle landscape as you see it in five or 10 years.