Nonprofit organizations dedicated to the public good can’t do their important work without money. Take, for instance, Sesame Street, an educational program for children that is seen around the world. Without the necessary funding, the Muppets would be out of work. During the recent Child & Youth Finance International summit in Amsterdam, Knowledge@Wharton High School sat down with Anita Stewart to discuss her role developing and securing strategic corporate alliances and sponsorships for Sesame Workshop, the organization that produces Sesame Street. …Read More 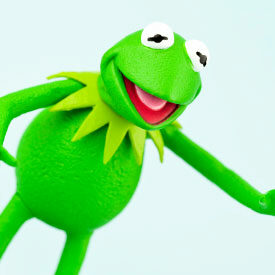 Anita Stewart is senior vice president of strategic partnerships and development for Sesame Workshop, the nonprofit organization that produces Sesame Street and other educational programming. Knowledge@Wharton High School caught up with Stewart during the recent Child & Youth Finance International summit in Amsterdam to talk about her money-related role among the Muppets.

Knowledge@Wharton High School: Anita, thank you for joining us today. Describe your role at Sesame Workshop.

Anita Stewart: Sesame Workshop is a not-for-profit that produces children’s programming — educational programming — and we have three different revenue streams. One is what a lot of people know, which is our licensing. The [second] is our content distribution, and the third is what I do, which is getting funding from corporations, private foundations and government to do our programming around the world, whether it’s a TV program, a podcast or an outreach program.

Stewart: When Sesame started 42 years ago, it was funded by the Ford and Carnegie Foundations. Ford and Carnegie said, “You have to figure out how to sustain yourselves,” and they suggested that we start with publishing. So that was our first kind of licensing agreement. Now we also have major licensing agreements with Hasbro [toys] and with apparel. It’s all of the toys and products that you see in the stores. All that money then goes back to Sesame Workshop to produce programming and all the things that we do around the world.

KWHS: How about the content side of it?  Can you talk a little bit about that as well?

Stewart: We have a model where everything is based on [asking], “What are the things that are impacting children?” For example, six years ago in the United States, we felt that we could have an impact on childhood obesity or at least getting children to eat healthy. And so we worked with our researchers and then our production people to develop a whole programming around healthy habits. I help get the funding for those kinds of programs. So we have had folks like Merck [pharmaceuticals] and different corporations to help us fund the programming in order to bring it to all children, especially the underserved children.

KWHS: You’ve talked about [being] in the United States and elsewhere — it sounds like it’s very global. Can you talk about the global mission of Sesame Street?

Stewart: Basically it’s the same overall mission in that it’s educating children through media, but [we customize our programming depending on the country we are in]. We work with advisors in that country to pinpoint some of the key needs and we [work with] production companies from that country, as well as broadcasters. Our research people develop the content to make sure that it’s relevant, and we have different Muppets around the world. So in South Africa we have Cami, who is HIV positive. We have Hoha in India to look at positive female role modeling, going to school and also having a career. We always look at the whole child, so we talk about the cognitive skills, the social, emotional and the health. Then in each country, [we] hone in on some of the key aspects that we can bring to light.

KWHS: And the name of the show also differs in each country?

Stewart: Yes. In South Africa, it’s Takalani Sesame. In Mexico and Spanish speaking Latin America, it’s Plaza Sesemo. In Bangladesh, it’s Sesampur. We’re in 150 countries, 30 of which have what we call these co-productions where they have different names.

KWHS: Tell us a bit about your career path to Sesame Street. How did you get here?

Stewart: I feel as if I’ve come full circle. I got my degree in education and sociology and my masters in sociology and I taught school, second and fifth grade, when I first got out of school. Then I decided I wanted to try something a little different and I went into the advertising, marketing business, working both on the agency and client sides. After I did that, I was approached by PBS, which is the Public Broadcasting System in the U.S., and they said, “You understand corporate and you kind of understand us” — in my career I’d worked with PBS doing programs with some of the companies I was working with – and they said, “We’d love you to head [our] sponsorship group to get corporate funders for PBS programming.” And with that, Sesame came to me and said, “Would you represent our programming as well?” They then said, “We want to start our own kind of sponsorship group.” So, now I’m responsible for getting the funding from government, private foundations [and] corporates.

KWHS: The interesting thing here is that there’s really a lot of business that goes on behind the scenes.

KWHS: It’s not just the television show we all see, but there’s a strong business tie.

Stewart: Yes. We’re kind of the envy of a lot of not-for-profits because we do have the licensing business and the sponsorships [where] we’re working with companies. It’s difficult because we are a not-for-profit [which means we are dedicated to the public good]. We have to be careful of the sensitivities and not being too commercial. One of the reasons I’m here at this conference on financial literacy is because we’re doing a major program with PNC Bank in the United States on financial literacy, having the Muppets explain saving, spending and sharing. I love what I do. It’s fantastic because I’m able to use all my talents from teaching and working with our folks who are educators in our organization, as well as working with corporations. I always like to call it “solving the puzzle.” What are the key questions or what are the key areas that our funders are looking at? And how can we help fill that and work together truly as a partnership?

KWHS: I can’t let you go without asking who your favorite Muppet is.

Stewart: I know everyone nowadays says Elmo, but my favorite Muppet is Big Bird. I’m tall, he’s tall. I’m kind of frenetic and he’s very calming, so that’s why I truly like Big Bird.

KWHS: Thank you for joining us today.

What is Anita Stewart’s job and how does it fit into Sesame Workshop’s business model?

Meet Me at The Clubhouse: Burgers and Double Bottom Lines in Sierra Leone