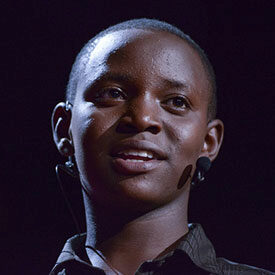 If you haven’t yet been introduced, it is time to meet TED. TED is a nonprofit organization devoted to the simple concept of  “ideas worth spreading.” In addition to global events and a TED conference each year at its Long Beach, Calif., headquarters, the organization runs a TED Talks video site on which it features more than 1,500 free talks to “stir your curiosity.” Presentations touch on everything from business and education to technology and the arts – basically every topic under the sun. The world’s leading thinkers and doers are asked to give the “talk of their lives” in 18 minutes. Some one million people a day reportedly watch TED Talks online.

TED (Technology Entertainment Design) also features interactive conversations on different topics and offers Tedx programs meant to stimulate dialogue at the local level. This gives other groups the opportunity to organize TED-like talks. For example, a TedxTeen forum was held in March in New York City, featuring talks from and geared toward young people on everything from “Following Instinct” to “A New Hope for Peace.” TED organizers — like founder Richard Saul Wurman — say, “We believe passionately in the power of ideas to change attitudes, lives and ultimately, the world.”

And they need not be complex ideas to have a lasting impact. Simplicity can be equally as revolutionary. Knowledge@Wharton High School recently caught up with Richard Turere, a TED presenter who illustrates the positive influence that problem-solving can have on a group of people – in this case, the African Masai community. Earlier this year, Turere, who is 13, traveled from his home at the South edge of the Nairobi National Park in Kenya to Long Beach to take to the TED2013 stage as one of “The Young, The Wise, The Undiscovered” featured at this year’s annual conference.

Turere’s idea worth spreading? Lion lights. “We had a very big problem with lions,” says Turere, a student at Brookhouse International School outside Nairobi who began herding his family’s cattle when he was 9. “They used to come almost every day and kill two cows per day. It was a really big problem, and I am responsible for my dad’s cows, so I had to find a way of solving this problem.”

Frustrated by the lions’ ongoing threat to his family’s livelihood, Turere began to experiment with a few tools on the farm and his most valuable asset, his ability to think critically. “I have always tried to solve problems,” says Turere. “I tried fire [because] I thought lions were scared of fire. I was actually helping the lions to see through the cowshed. I used a scarecrow. The lions came the first day and saw the scarecrow and they came the second day and saw the scarecrow. [Eventually], they did not care anymore. I walked around the cowshed one day [with a flashlight] and they didn’t come, so I discovered the [effectiveness] of a moving light.”

From there, Turere fitted a series of flashing LED bulbs onto poles around the livestock enclosure, facing outward. The lights were wired to a box with switches and to an old car battery powered by a solar panel. They were designed to flicker on and off, tricking the lions into believing that someone was walking around with a flashlight. “I used to hate lions, but now because my invention is saving my father’s cows and lambs, I don’t think I hate lions anymore,” says Turere. “We can live with them without any conflict.”

It is for this reason that Turere has been praised as a conservationist as well as a creative inventor. But perhaps his most noteworthy title these days is social entrepreneur. He has shared Lion Lights with others in his Masai community, saving the lives of countless cows and lions and protecting his neighbors’ sources of income. “I don’t make money from my invention; I just put the lights in for them for free,” says Turere. “My neighbors used the lights, and they are used all over Kenya now in 75 homes. They are also using them to keep elephants away from the farms at night.”

Turere’s invention, which he designed and built entirely on his own, won him a scholarship to Brookhouse and caught the attention of TED during a talent search in Nairobi. And while the young cattle herder has had to get used to center-stage public speaking, he has become comfortable telling his story. “I was really nervous for my first TED talk at the talent search in Nairobi, and then they selected me to go to California. I was not as nervous in California,” he says, adding that his first plane ride was a highlight, especially because he wants to someday study aviation. Since his story hit the TED stage, Turere has become somewhat of a teen celebrity, profiled on CNN and National Geographic and other high-profile news services around the world. “My friends are happy for me, and my family is proud of me,” he notes.

Paula Kahumbu, executive director of the Kenya Land Conservation Trust who was one of the first to discover Turere’s talents, told CNN, “One thing that’s unique about Richard is that if you give him a problem, he’ll keep working at it until he can fix it. He’s not afraid of being unable to do something and I think this is why he is such a good innovator: Because he’s not worried that it might not work, he’s going to try and do it anyway.”

In the true spirit of TED, Turere recognizes the power of his own ingenuity – and shares the rewards. “Whenever I have an idea, I put it into action,” he says. “You never know how much you can achieve by doing it. Your idea might change the world.”

What is innovation and why is it important to success in the business world (Need help? Check out Related KWHS Articles for a story on What Is Innovation?)?

Have you ever listened to a TED talk? What did you learn? Do you have a favorite?

Why do you think Richard Turere was chosen to speak in California and give a TED talk?

If you could choose someone to give a TED talk, who would it be? What idea do they have that is worth spreading?