For a long time, Patagonia has made and sold clothes for adventurers who love the outdoors. Kristine Tompkins, a driving force behind the business in its early days, shaped a company culture that was sensitive to the environment and treated employees well. Today, Patagonia is one of the most socially conscious retailers and even gives its workers an afternoon off to surf. …Read More 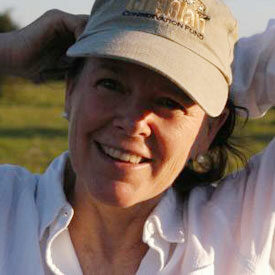 Kristine Tompkins, former CEO of outdoor apparel company Patagonia, helped create one of the most environmentally conscious businesses when it wasn’t yet considered good business to do so. She talked during a lecture at Wharton about her company and what she has learned about business, the environment and leadership.

Tompkins spent more than two decades, starting in 1972, with Patagonia and its founder, Yvon Chouinard, building an environmentally responsible and socially innovative company. After she retired as CEO in 1993, she and her husband, Douglas Tompkins, co-founder of The North Face and Esprit, moved to Chile and began channeling their respective fortunes into conserving wilderness in that country as well as in Argentina. Nearly 2.2 million acres have been placed in permanent protection to date through their foundations — The conservation Land Trust, Conservacion Patagonica and The Foundation for Deep Ecology.

In 1976, Kristine Tompkins was general manager of Patagonia, working with Chouinard and his wife, Malinda, to establish the young clothing company, a spin-off of Chouinard Equipment, based in Ventura, Calif. A former ski racer and friend of Chouinard, Tompkins had first worked at the equipment company during summer vacations. She returned to work there fulltime after graduating from the College of Idaho with a degree in history in 1972.

The Patagonia clothing brand debuted in 1973, its logo based on the skyline of the 11,073-foot Mount Fitz Roy in Argentina, which Chouinard and Tompkins’ husband climbed in 1968. Tompkins became Patagonia’s general manager in 1975 and was named CEO four years later. She learned her job, she says, via “the school of sink or swim — daily experience. If I have one great trait, it’s that I look for people who are the best at something, and noodle my way into them and talk to them by hook or by crook.” She collared the best business leaders she could find, including the “heads of giant banks…. I was a very young woman. They probably felt, ‘This pathetic little creature! Let’s help her along.'”

This was the 1970s, and Patagonia was evolving its own corporate counter-culture. “We believed that all businessmen were corrupt, evil … bottom-feeding, blood-sucking people,” Tompkins said. Yet “we managed to maintain a company that ethically ran in parallel to our own hopes and dreams. Environmentally and socially, we were very aggressive.” But to serve as an example of both, Patagonia had to be fiscally sound. “People don’t listen to failing companies,” said Tompkins. “You can’t be a model for 100 years if you’re not profitable.

Headed by CEO and president Casey Sheahan since March 2006, Patagonia reported revenues of $270 million in 2006. The company’s mission statement today reads: “Build the best product, cause no unnecessary harm, use business to inspire and implement solutions to the environmental crisis.” Environmental responsibility is officially a part of every Patagonia employee’s job.

Patagonia has worked to reduce the environmental impact of its products, processes and facilities — developing recycled polyester for use in its popular Synchilla fleece, introduced in 1985; shifting to recycled content paper for catalogs in the mid 1980s; minimizing packaging in the mid-1990s; and taking extensive energy conservation and waste reduction measures in its Reno, Nev., distribution center, to name a few examples.

In 1996, after recognizing the pollution impact of conventionally grown cotton, the company shifted its entire cotton outerwear line to be organic. In early 2007, Patagonia began recycling not only consumers’ old Capilene long underwear, but also any brand of Polartec-branded fleece garments and Patagonia cotton tee shirts. As of fall 2007, Patagonia expected one third of its clothing line to be recyclable.

The company’s corporate culture is tuned to its employees. Patagonia allows offices to empty when the surf conditions are good and offers great benefits, like flexible working hours.

To be a great business or a great business leader, Tompkins said, one has to run one’s business in such a way that “the day you kick the bucket, you look back and think: ‘As best I could, I drove my life in a direction that I’m really proud of.’ People, especially now, are not going to look up to you unless you have a point of view that’s based on an ethical foundation and framework so that there’s more to that business than making money.”

Tompkins encouraged people to take stock of their own values and act accordingly. “You have to start with you — your personal behavior, your personal lifestyle. What do you ask of yourself? Then you will find yourself asking things of the people you work for. You have to align yourself with entities that reflect your personal ethics,” she said. “If you don’t, you deserve to watch the polar bears drown in the Arctic.”