Yago Arbeloa is a successful Spanish Internet entrepreneur, investing in such projects as Sync.es, Voila.tv and Twync.es, the first Twitter platform sponsored in Spanish. Arbeloa talked with Knowledge@Wharton High School (in more than 140 characters) about launching his online career, the importance of partnership agreements and why aspiring Internet business owners need to understand the concept of "scalable" if they hope to attract investors. …Read More 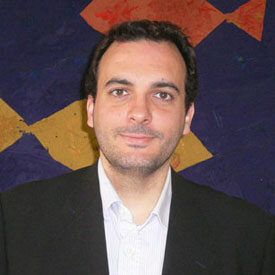 Since his 20s, Yago Arbeloa has established several companies that linked together the Internet and the world of entertainment. In 2002 he founded Sync.es, which provides hosting and domain services. Since then, he has been involved in other new projects including his latest, known as Twync.es, the first Twitter platform sponsored in Spanish.

Today, the 34-year-old Spaniard combines his entrepreneurial role with that of an investor as president of AEIE, the Association of Investors and Internet Entrepreneurs, which provides economic and consulting services to entrepreneurs and puts them in touch with potential investors.

Knowledge@Wharton High School talked with Arbeloa about how companies emerge and sell online, and the importance of a global strategy.

Knowledge@Wharton High School: How did you get started in the business world?

Yago Arbeloa: By the time I was 18 years old, I was already working in fast food chains and big department stories such as El Corte Inglés. I didn’t know whether I wanted to have my own company or get involved in a big company, but I was passionate about my career. Throughout my pre-university years, I was very closely involved with the birth of the Internet. At a time when there was no [web] connectivity anywhere, I was going to college with a friend who later became my partner, and the two of us together were very interested in learning HTML, as well as [Internet] advertising, format development and so forth.

My first business initiatives emerged out of all that. At college, I was studying industrial engineering and my partner was working in a company that specialized in web hosting, domains and so forth; and when he finished working we would secretly go to his company and devote ourselves to programming web pages. In our 20s, we created our first company. The web was undergoing a boom, and it was very easy to convert traffic into money. So we decided to create entertainment companies linked to the Net because the public used it for fun more than for anything else. Because the Internet didn’t have much penetration in those days, we decided to do a lot of very small things, rather than one very large project.

We were more successful than we expected because of e-mail marketing, which was very much in vogue in those days. We managed to generate a lot of revenue; at that age, some 30,000 euros ($43,000) per month can make you go crazy. We had to deal with two options: Go to the Mercedes dealer or invest in something. Ultimately, we bought a used car and invested all of the money in what would later become Sync.es, a provider of hosting and domain services that is today one of the 10 largest companies in its sector in Spain. Starting from there, we have reinvested practically all of what we made in order to create new projects.

KWHS: What did you learn from your first entrepreneurial experiences?

Arbeloa: It is important to take advantage of the moment, and have some luck. I was the worst at dealing with partnerships. When you get together with a friend to do a business, everything seems very simple and very easy to understand. But over the longer term, you realize that is not the case. It is very important to complete a document where you consider all possible situations. In my case, my brothers injected the capital to buy the remaining 50% from my partner. It is crucial to define, from the outset, your choice of partners, the shareholding distribution and the partnership agreement.

KWHS: Do younger entrepreneurs tend to create businesses with the goal of quickly selling them?

Arbeloa: The mentality has changed. Nowadays, it is not so much the ambition to sell [your business] but because [selling the business] means that you are a success. Earlier, when you sold your business, that could mean [on the contrary, that] it was a failure because you were unable to develop it beyond [a certain] point. Now when Google comes along and buys you, that is something you can put on your curriculum vitae, since that sale implies success. Entrepreneurs who get together at the AEIE have to talk about where, when and at just what moment the investor is going to get out.

KWHS: What recommendations would you make to young people who want to create an Internet company and find investors?

Arbeloa: Young people who need investment in their projects have to understand several things. First of all, their project has to deal with a market that is large enough to attract investors. If you believe that your business is going to bring in 200,000 euros after a period of five years, then that is not attractive for investors. It would be appealing, however, if you were to bring in 50,000 euros within one year, and then with an [additional] investment of 200,000 euros, you would manage to bring in 10 to 15 times more [revenue] during the following year. Investors want to get into a business at a time when the investment process can accelerate [growth]. For this to happen, your market cannot be limited to just one country; you have to work on solutions that you can internationalize. Your project needs to be scalable; that is to say, you have to be able to reproduce your project in your country and then in any other country, too.

One comment on “Spanish Internet VIP Yago Arbeloa: ‘It Is Important to Take Advantage of the Moment’”