Challenging the S’mores Legacy with a Campfire Innovation 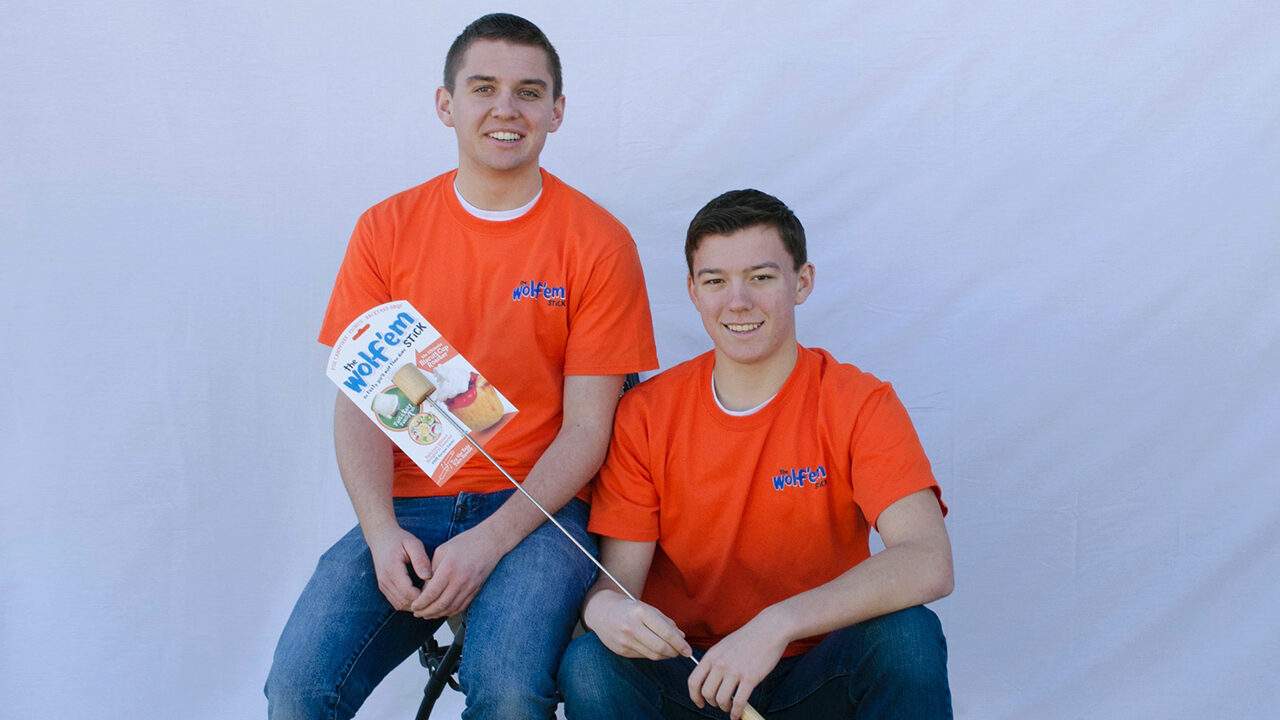 In this season of camping and backyard barbecues, here’s your chance to get some entrepreneurial inspiration from a favorite crispy campfire treat — and from two brothers who saw the need for a better roasting stick.

Whether you’re a Boy Scout, Girl Scout or just a fan of hanging out around your backyard fire pit, chances are you’ve roasted a few things over an open flame. Of course, marshmallows are the treat of choice. Gooey s’mores are part of many camping survival kits. More hard-core campers have tried other popular recipes, like roasting biscuit dough and filling it with cream to make eclairs.

Spencer Harrison and his brother Tanner, both Boy Scouts and aspiring entrepreneurs who love “fire and food” have figured out an easier way to roast and fill that biscuit dough. After watching their cousins cook dough on broomsticks over a campfire, the brothers set out a few years back to design a better product for campers far and wide.

They came up with the Wolf’em Stick, which allows cooks to shape biscuit dough around the end of a metal stick with a cooking head to form a roasted cup that can be filled with pudding, soup, fruit and other tasty treats. They also sell a marshmallow/hot dog attachment.

“We wanted to make a product that’s super fun and easy to use, and we added the rotary handle,” says Spencer Harrison, 17, of South Jordan, Utah. The rotary handle allows for more even cooking.

The Wolf’em Stick is currently sold on their website and in about 300 stores, including many KOA locations and Sportsman’s Warehouse. It is also sold on The Grommet, which helps entrepreneurs launch undiscovered products.

Spencer says running the business — with the support of his parents — has helped him learn more about business finance, as well as managing money in general. He says it’s important for other teens to understand the opportunity costs that go with launching a business and developing sound financial habits. You may have to give up some things to get a business going.

An opportunity cost is the value of what you are willing to pass on as the result of making a decision — in other words, the value of the next best alternative. It is one of the most important concepts in economics. It is often talked about in relation to making trade-offs, which is when you sacrifice one thing to obtain another. Trade-offs create opportunity costs. Whenever you make a trade-off, what you don’t choose is your opportunity cost – the thing you could have had if you made a different decision. Young entrepreneurs like Spencer often sacrifice their social lives, buying that cool new car, or even getting top grades in order to build their businesses.

“You need to have your priorities together. In order to be a good entrepreneur, you need to be smart and educated,” says Spencer, who is heading into his senior year of high school. Tanner Harrison, 20, is currently serving on a yearlong mission for their church.

The brothers developed their business plan after taking an entrepreneurship class through the Young Entrepreneurs Academy. Their idea won first place in the state and they went on to compete at the YEA! national competition. Spencer recommends that teen entrepreneurs educate themselves and learn how to write a business plan, including the financial details.

“I could definitely see selling in the hundreds of thousands of these per year,” Tanner said in a promotional video on the company’s website that was made when Tanner was 17 and and Spencer was 14. “I want this to become a common household item just like the s’more.”

Do you know of any other recent entrepreneurial ideas from campers? If so, what are they? Do you have one? Share your camping inventions in the comments section of this article.