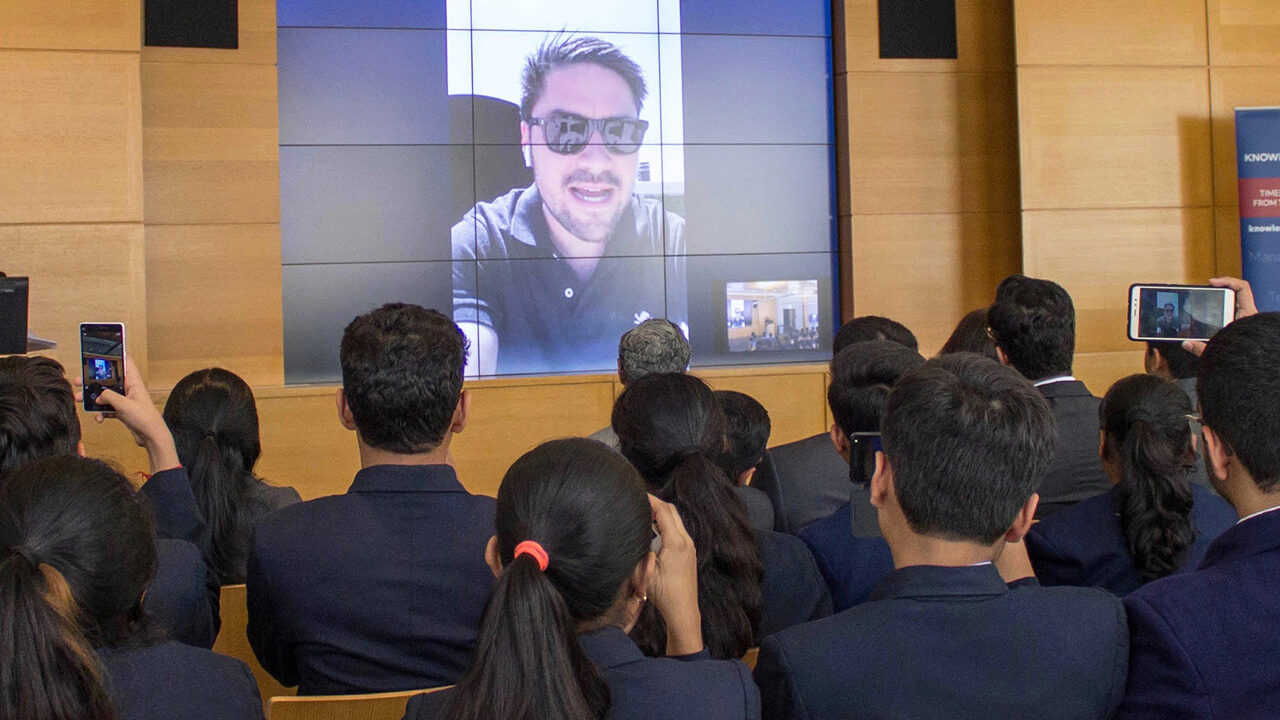 For years, Jack Abraham was nothing short of a celebrity to the thousands of students and teachers participating in our annual investment competition (the 2019-2020 regional results of which were announced this week!). Abraham served as the subject of our competition case study for six years — the wealthy, young client for whom teams were creating their unique investment strategies.

A one-time Wharton School student, Abraham is what’s known as a serial entrepreneur who has started and sold several businesses. In 2008, he left Wharton — where he studied technological entrepreneurship — to found Milo.com, which was purchased by eBay in December 2010 for a reported $75 million. Abraham worked at eBay until January 2013, and since then has been a venture capitalist and tech exec, investing in and working on entrepreneurial ventures in the San Francisco Bay Area.

Abraham just unveiled his latest venture, Homebound, a revolutionary approach to building homes. Homebound, which he founded with CEO Nikki Pechet, is a technology-enabled general contractor that, in part, finds labor from other regions to build houses. This is by far Abraham’s most personal entrepreneurial venture, created from the ruins of his own Northern California home, which burned to the ground in October 2017 during the Tubbs Fire. Pechet’s home was also affected – as were thousands of other homes in the region.

We reached out to Abraham to learn more about Homebound and to find out some of his biggest lessons about innovation rising from ruin. An edited version of our interview appears below.

Knowledge@Wharton High School: Can you describe what happened the night your home burned and in the aftermath?

Jack Abraham: It was October 7, 2017, and my girlfriend Melissa and I had just hosted four of our friends at our home over the weekend. On Sunday after they left we were winding down and getting ready for bed when around midnight I suddenly had a sinking feeling in my gut that something was wrong and that my life was in danger. I’d never had a feeling like that before in my life and told Melissa we should leave and go back to San Francisco.

Thirty minutes later, we left. As we were driving down the crest of the hill from our house we saw a faint glow in the sky. We thought, “What could that be? A spotlight? Fireworks?” As we drove closer, we realized that a fire had broken out and witnessed 40-foot flames engulfing homes, trees on fire and embers being swept across the ground, igniting nearby structures. We called 911 and the line was dead. It was now past 1 a.m. and we were worried that people would be caught asleep in a burning home, so we started knocking on doors in our town to wake people up.

At this point, the fire had spread so much we thought it might approach the house. As we drove back to the house to get our possessions, we looked over the ridge heading up to the house and saw a red glow coming up from the forest beneath. We concluded that the fire was spreading so quickly that it was too dangerous to go back and instead drove back to San Francisco. After arriving at 3:15 a.m., we got a call from ADT notifying us that the kitchen alarm had gone off and at that point we knew we’d lost the house. With less than three hours to spare, we narrowly escaped death purely based on a gut feeling I’d had.

The roads were closed off to the area for two weeks as the fires continued to blaze through the region. When we finally drove to see the house, it was raining white ash and there were still fires on the ridges of the mountains that we could see from the house. We were amazed that everything was gone. The property was leveled, with appliances, walls and everything burned straight into the ground. Amazingly, one of the only recognizable things was the skeleton of the Peleton we had in the house.

“Having your back against a wall forces ingenuity and creative solutions.” — Jack Abraham, Venture Capitalist

KWHS: How did that tragedy inspire the development of Homebound?

Abraham: It took months after the tragedy to recover mentally, at which point we started to think about rebuilding. As I started speaking to local general contractors, I was appalled by what I was hearing. Everyone was charging $1,000 per square foot for new construction, and most had such a long waitlist that they couldn’t get started for two or three years. At the same time, my insurance company State Farm was claiming my house was worth only one-third the value I’d paid for it just five months earlier, and was only willing to pay out that amount. I thought that there must be a better way. I’d stayed in an Airbnb recently in Arizona that was absolutely beautiful. After looking it up on Zillow, I discovered that it was a $700,000 home and remembered thinking that it would cost at least $7 million in California. With the materials being similar, I realized something was really out of whack and wrong in California.

Following that insight, I wondered what would happen if I imported a team from another state or region to rebuild my home. I hired someone to fly around the country to get bids to rebuild my house. The bids came back between $250-$450 per square foot! I was floored. As I told my neighbors and other friends who had also lost their homes in the wildfires, they all wanted to do the same. So, I decided to turn what I had done for myself into a company and built up a team to start offering this service to others.

KWHS: Why are challenging times like you endured also opportunities for entrepreneurial reflection and inspiration?

KWHS: How do you get beyond the shock of a tragedy to begin to problem-solve and see things more clearly?

Abraham: In this case, I was shell shocked and it took me months to even approach the problem. I would recommend once you muster the energy and strength to solve what you’re facing, try to channel that energy to a new, creative solution. If you try to implement it and you’re right, you might be onto something big that could help a lot of other people.

KWHS: What valuable lesson did you learn from this very personal experience?

Abraham: I’m a big believer that all things happen for a reason and that great things follow great tragedies. Sometimes adversity brings out the best in people and organizations. Having your back against a wall forces ingenuity and creative solutions. When bad things happen to you, when you are able, try to realize why this ultimately could be good for you. Pick your head up and find a better path forward. We live in a turbulent world and this resilient approach to life is the only inoculation against the madness of the present.

Jack Abraham says, “A lot of great ideas come from suffering.” Can you think of any similar entrepreneurial stories, where hardship led to innovation and a business? Research the topic. Share your stories with a group and in the comment section of this article.

What is grit and why do some feel it is the most important quality of an entrepreneur? Does Jack Abraham have grit? Consult the Related KWHS Stories for help.

What part of Jack Abraham’s story do you find most compelling? What, if anything, will you take away from this and apply to your own life?