Peter Guber joined Columbia Pictures in 1968 and within three years was studio chief, leading Columbia through an era of hits, including "Shampoo", "The Way We Were", "Taxi Driver" and "Close Encounters of the Third Kind". He was named chairman and CEO of Sony Pictures in 1989. Under his tenure, the studio released "Basic Instinct", "A Few Good Men", and "Sleepless in Seattle". He speaks about how storytelling is the key to influencing people.…Read More 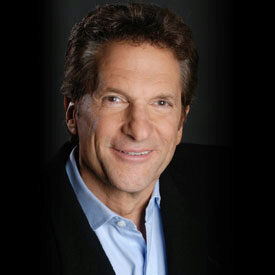 It should be no surprise that when it comes to leadership, movie mogul Peter Guber’s thoughts turn quickly to storytelling. “What is the magic that I found?” Guber asked his audience. “It’s the God-given ability to tell oral stories.”

At the 13th Annual Wharton Leadership Conference, Guber noted that the best way to communicate with and motivate employees is to tell them a story — to repackage an organization’s vision, goals and challenges into a narrative that audiences can understand, embrace and share.

Guber joined Columbia Pictures in 1968 and within three years was studio chief, leading Columbia through an era of hits, including Shampoo, The Way We Were, Taxi Driver and Close Encounters of the Third Kind.

He was named chairman and CEO of Sony Pictures in 1989. Under his tenure, the studio released Basic Instinct, A Few Good Men, and Sleepless in Seattle. In 1995 he formed the multimedia studio Mandalay Entertainment Group.

Guber’s success did not come all at once, “I have had some of the most cataclysmic and highly public failures you could possibly imagine. I made movies like Bonfire of the Vanities, where people tried to walk out even when they showed it on planes.”

Guber said he has learned that to lead and succeed, you need to manage three inevitable “states”: fear, uncertainty and change. Everybody has fear, he says, “but does it catalyze you or paralyze you? “ It is important to keep in mind that certainty is an illusion. “As soon as you’re certain, you calcify all the thinking. Uncertainty is the cauldron in which creativity lives,” he said.

Anyone Can Do It

Uncertainty makes for a complicated business environment, but leaders can help their staff embrace goals. After all, there is no need to be in the movie business to tell effective stories.

Guber feels there’s an element of magic in transforming people’s thinking in such a manner, and he used MAGIC as an anagrammatic device to drive home his idea. MAGIC, he said, stands for Motivating your Audience to a Goal Interactively with great Content.

To illustrate Motivation, he told the story of how he got Warner CEO Terry Semel to finance the movie, Gorillas in the Mist in the 1980’s. “It was a movie nobody wanted to make,” Guber said. “She leaves a man for a gorilla. The gorilla dies. She dies. Shot in the Congo.” Semel’s response: “It’s too expensive; it’s too far and who’s going to want to see a movie about a gorilla?” So Guber told Semel he had the story wrong. “It’s about shining a light on the fact that these creatures are only one click away in the gene pool from us. We’re their partner on this planet.”

Guber offered to put his own money into the project saying “If you want to move somebody, you’ve got to have your feet, your heart, your wallet and your tongue going in the same direction. As soon as they see those things going in different directions, you don’t seem authentic.”

The A in MAGIC is for Audience, Guber said. Think of your listeners, even in business, as an audience. Then “they will do that emotional dance with you, and the information in your presentation … will find resonance. They will remember it.”

He recalled how, in 1989, his company Columbia Pictures was being acquired by Sony. Employee morale at Columbia was fizzling; many expected the company to be broken up or resold quickly by the Japanese giant. He needed a way to unite his staff — and says he got an idea from Columbia Pictures’ own classic, Lawrence of Arabia. That epic was about pulling disparate groups together around a seemingly impossible goal (to defeat the Turks in the city of Aqaba). He showed the movie to his employees and made Aqaba a buzzword in the company to give people a sense of purpose. Many successes followed, “and the company is still owned by Sony,” he said.

The G in MAGIC is for Goal, he added. “Goals are very important, and it’s okay to be very up front with them.”

The I is for interactivity. Make your audience part of the story and give them stories to remember. “We’re doing the Frank Sinatra story now,” he noted, giving an example. “Sinatra would be up on stage, with maybe 2,000 people in the audience, and then he would pick out some woman and start singing to her. Everyone was jealous, even the guys.” Give your audience a story to remember and to tell, Guber said, and the story will live on.

The C in Guber’s magic formula is for Content. “That’s the Holy Grail,” he said. Collect stories, bank them away and make them part of your business leadership life, he advised.

“You have to move people’s hearts before you move their wallet or their minds.”

Who is Peter Guber? What traits does he say you must have in order to lead and succeed?

What does MAGIC stand for?

Guber says: “You have to move people’s hearts before you move their wallet or their minds.” What does he mean by this? Where else in the business world is this message so powerful? Consider, for instance, an entrepreneur trying to get money for his startup.

You’re on Mute: Inside the Online Video Communications Market