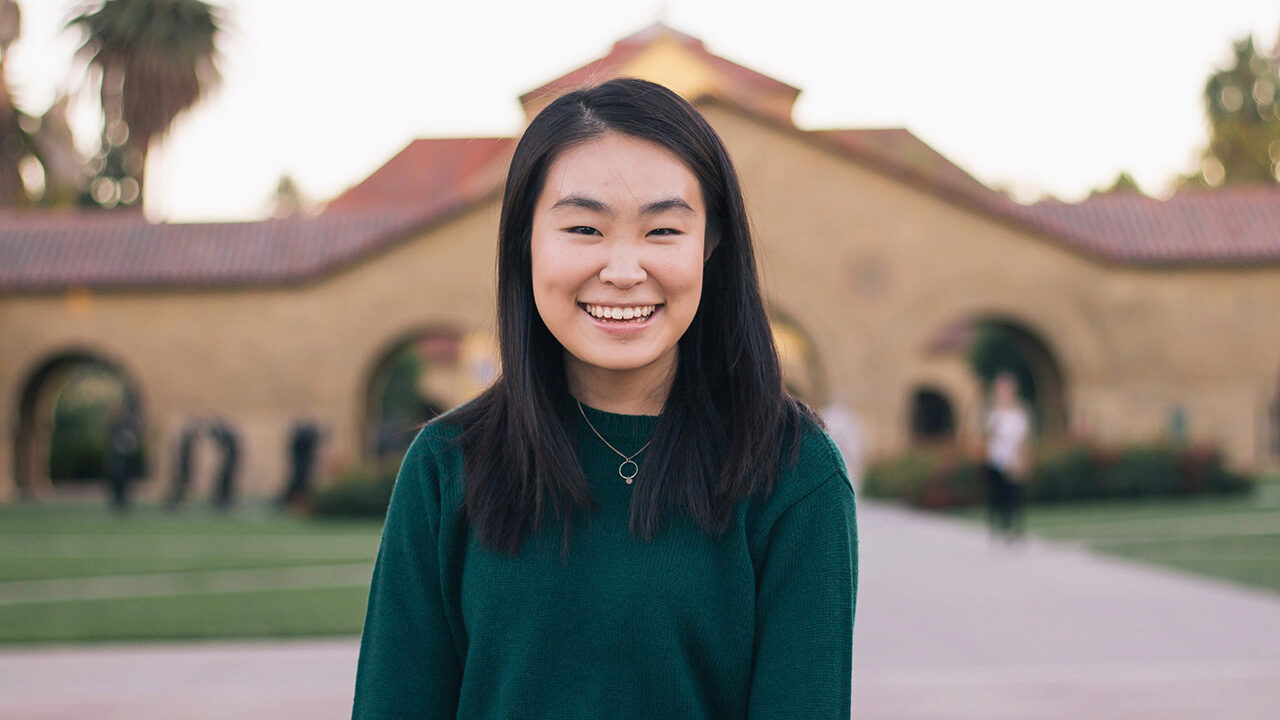 “What never grows old? The burning desire of youth to reinvent the world.”

With those words, Forbes magazine recently presented its 2018 class of 30 Under 30, its annual “encyclopedia of creative disruption featuring 600 young stars in 20 different industries.” This year’s U.S. list includes 14 teenagers embracing everything from sales to space junk. Take, for example, 14-year-old Henry Burner, founder of Buttonsmith, a business that creates and sells pinback buttons, lanyards, magnets and other products and employs nine adults. Hannah Herbst, 17, has invented a device to capture energy from ocean waves. Check back with KWHS soon for our interview with Herbst.

In the meantime, we’d like to introduce you to Amber Yang, 18 and a recent graduate of Trinity Preparatory School near Orlando, Florida. One of this year’s 30 Under 30, Yang has a deep passion for the troublesome debris floating around the solar system – otherwise known as space junk. She has spent the past several years building an artificial neural network to predict the orbit of space trash, which forecasts with 98% accuracy the paths all that junk will take. She was a featured 2016 speaker at TEDx Jacksonville, a top 2017 Intel Foundation Young Scientist Award Winner, and has contributed to NPR’s Science Friday radio program.

Yang is currently a freshman studying physics at Stanford University in California. Now that she has made it to Silicon Valley, the heart of technology innovation, she is working to commercialize her space debris tracking software through her start-up company, SEER Tracking. She’s a busy student, scientist and entrepreneur. Even so, she took the time to answer five questions for KWHS.

Knowledge@Wharton High School: We love the title of your TEDx talk from December 2016: The Space Junk Apocalypse (see Related Links). Help us understand this fascinating area of research that you have made your life’s work for the past several years.

Amber Yang: Space junk is basically any defunct man-made object orbiting around the Earth that can include used rocket stages, old satellites, and fragments of space objects that could be as small as a fleck of paint. Currently there are tens of thousands of space debris in low earth orbit (LEO) that can travel at speeds up to 17,500 miles per hour, which pose immense threats to operating spacecraft, such as the International Space Station. The density of space debris in LEO is only predicted to increase with time as existing space debris collides with each other to generate more fragmentation according to the Kessler Syndrome.

Current methods of tracking space debris utilize a mathematical model that is constantly updated whenever the orbit of space debris changes. However, the nonlinear nature of space debris orbits coupled with the high speeds in which they travel make space debris difficult to track with a traditional model. That is why my company SEER Tracking is seeking to utilize artificial intelligence, which is capable of recognizing and learning patterns in the orbits of space debris for more accurate predictions farther ahead into the future.

KWHS: You say that science helps you feel most alive. I think so many high school students want to discover who they are and what inspires them. It’s not always easy! What advice do you have for other teens to help them figure it all out?

Yang: I’m actually still trying to figure it all out myself. In my experiences, my high school taught things in a very static manner where concepts were memorized for tests and the curriculum was strictly followed. This manner of approaching education was very constricting for me and actually made me find certain subjects to be very boring. It wasn’t until I discovered the wealth of knowledge that you can obtain from self-learning via the internet that I began to become excited about subjects in school, since I was now learning about topics with a greater depth. There are tons of online classes, tutorials and YouTube videos about almost anything that can help you discover what you are truly interested in.

KWHS: Do you believe that women in the STEM fields face discrimination?

Yang: Discrimination in the STEM fields most often occurs subconsciously. Since there are fewer girls and women in STEM related classes or careers, it becomes easy for boys and men to associate the lack of females in STEM to them having inferior abilities. I do not believe that one person alone can be the inspiration or the empowerment to increase the female STEM talent pipeline at an early age. But as an increasing percentage of females in the young generation become involved with STEM, I hope younger girls no longer limit their interests in STEM simply because they see no other girls or women in STEM careers.

KWHS: Tell us a story from your teenage years (science-related or otherwise) that had a powerful impact on the course of your life. What lessons did you take away?

Yang: Unquestionably I’ve learned the most about life from my first quarter in college at Stanford. It was final exam week at Stanford, and it was 4 a.m. on a Monday. I still needed to do some final studying for exams, finish a computer science assignment, and work on a task for my company. It wasn’t until that moment that I realized that you alone determine your success and that you can never truly rely on help from others. Choose to do things and study subjects that you truly love, because you are the one that ultimately defines your path in life.

KWHS: Where do you see yourself in 10 years?

Yang: Before I created my startup SEER Tracking, I had always pictured that I would be in graduate school pursuing a PhD in physics. However, with the recent surge in private space companies’ interests in tracking space debris, my future became a little less predictable. In 10 years, whether I am in graduate school or working on developments for SEER Tracking, I hope that I feel a genuine love for what I do. The accolades that I have earned thus far are all things that I originally did not seek out to earn. As I continued to pursue my interests, I became more recognized. I do not believe that I will burn out because I vow to stay true to my interests — even if they may change throughout my lifetime.

What is space junk and why is it a problem?

How did Amber rise above what she describes as a “constricting” high school experience? Are you an advocate of self-learning? How have you found it useful?

Only five questions? If you want to ask Amber something else about science, space debris, or life, leave your questions in the comment section of this article. She may just answer them!

7 comments on “5 Questions for Amber Yang, Master of the ‘Space Debris Apocalypse’”