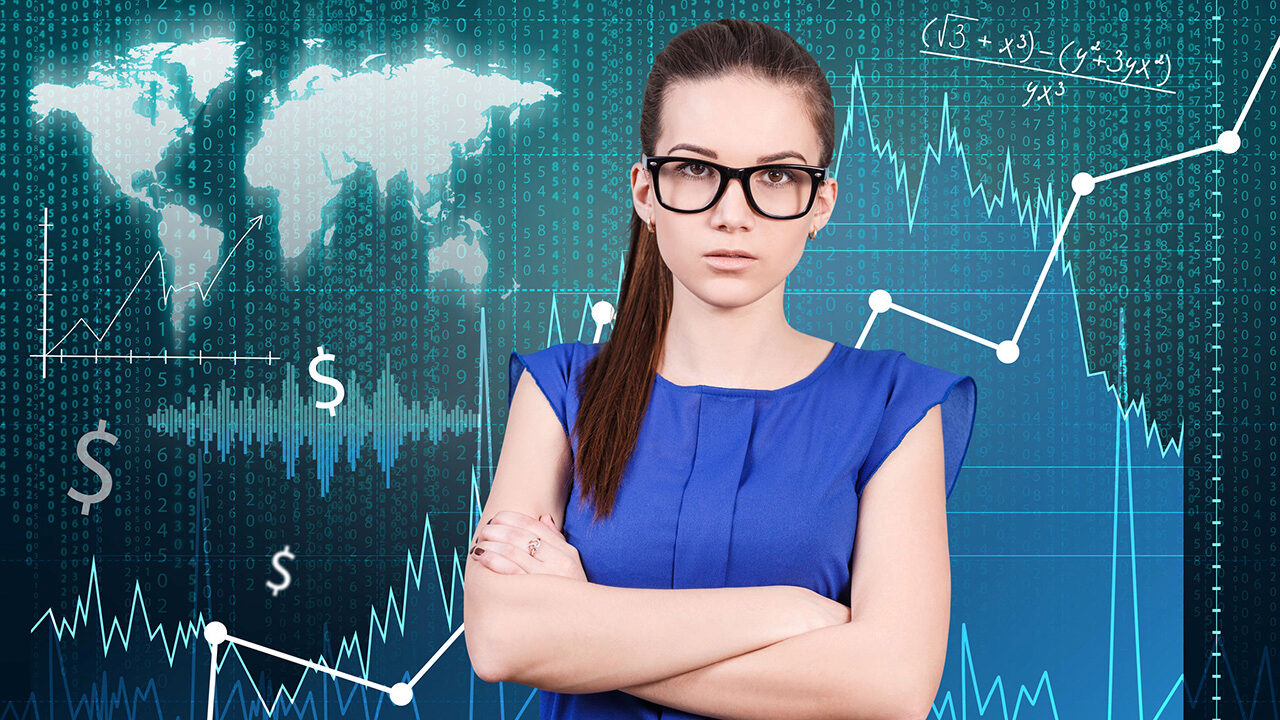 In this era of online GoFundMe campaigns that flash across your Facebook feed or pop up in Instagram posts, it’s sometimes easy to overlook the latest appeal. Let’s face it, the crowdfunding landscape is, well, crowded.

But anyone interested in the challenges facing young businesses would have a hard time ignoring a GoFundMe campaign that was launched on July 6, 2018 by Émilie McKinney, the 18-year-old founder of Anishinaabe Bimishimo Corp. of Manitoba, Canada. The $50,000 campaign (see related links) is meant to raise funds to purchase the company’s raw production materials.

McKinney, a member of the Swan Lake First nation indigenous people of Manitoba and an international hoop and fancy dancer who just graduated from high school, started her business at 16 to become a local designer, manufacturer and supplier of cone-shaped metal jingles that adorn traditional First Nations powwow dresses. In a July 6 article in the CBC (Canadian Broadcasting Corp.) News, McKinney said, “We made $25,000 of sales last month. From right off the bat, we’ve been getting a lot of attention and a lot of support from across Canada and the States.”

And yet, as Anishinaabe Bimishimo’s GoFundMe page suggests, the recent trade war between the U.S. and Canada that has, in part, raised the tax on certain products purchased from the U.S., has presented challenges to McKinney’s business operations. She reportedly spent six months when she first started her company, researching steel suppliers she could approach to buy the raw material for her jingles. She ultimately contracted with a supplier in Chicago whose material produced the quality sound she wanted. Now, due to newly imposed tariffs (government taxes on imports and exports), having a U.S.-based supplier means it is costing McKinney more money to import steel to Canada to make her jingles.

On her GoFundMe page McKinney writes: “I am raising money to purchase more of our colored raw material to make jingle cones and lids. We ran out of our brass and copper colors. Our material comes in from the United States and with the tariffs and surtax charges, I need help to raise enough funds to be able to bring in our material and make more cones and lids.”

Stories of tariffs and trade wars between the U.S. and other countries have been heating up the headlines in recent months. The battle that is affecting McKinney’s business began in June when U.S. president Donald Trump’s administration placed tariffs on steel and aluminum imports from Canada, Mexico and the European Union. The tariffs are 25% on steel imports and 10% on aluminum imports. Canada responded by placing tariffs on $12.5 billion worth of U.S. food products. And thus, that trade war began. This impacts businesses on both sides that source their raw materials from either Canada or the U.S. because their price of doing business increases. As McKinney told the CBC News in July, “We were about to reorder [steel from Chicago to make our jingles] and then overnight, the prices went from $30,000 to $45,000 because of the tariffs.”

Anishinaabe Bimishimo’s dilemma is one example of how a small business absorbs the blow of government economic policies, in particular relating to trade between nations. The bigger issue is that the recent economic warfare that is straining relations between countries and affecting commerce in different ways could have a lasting impact on global economies. Below are four key takeaways from the recent tariff turbulence.

Why tariffs? Donald Trump has repeatedly said that the U.S. has been “ripped off by other countries” for years on trade, and has held those countries responsible for America’s trade-deficit woes. A trade deficit is when a country’s imports exceed its exports. In other words, the U.S. buys way more from the rest of the world than it sells. Trump sees tariffs as a valuable bargaining tool in his quest to improve the terms of trade agreements with other countries in hopes of making up some of that deficit. Wharton public policy professor Ann Harrison recently told our sister publication Knowledge@Wharton, “The U.S. has been playing a game of trying to open other countries’ markets for its goods for generations and generations.” She sees the tariffs as more of a negotiating stance on Trump’s part. “He’s really kind of upping the ante and playing a game where he’s saying we feel violated.”

Companies and consumers. In addition to Anishinaabe Bimishimo, other businesses claim that products made from aluminum and steel and sourced from the U.S. are becoming more expensive for the companies that rely on them – and that could mean higher prices for consumers who buy those goods. Take, for instance, soda cans. PepsiCo Beverages Canada recently alerted Canadian retailers that it would be charging about a penny more per can starting at the end of July to cover the higher aluminum costs.

Trade is when a country sells goods outside its borders or buys goods that come from somewhere else, and the robust importing and exporting that happens means that retaliatory taxes will affect companies on both sides of the transaction. For example, America’s agriculture industry has been hit extremely hard by rising tariffs because farmers in the U.S. sell products like corn and soybeans to international markets. Recent figures suggest that tariffs against the U.S. imposed by China, Canada, Mexico, and the European Union as a way to strike back at Trump’s actions threaten approximately $977 billion in exports from Iowa, an important agriculture state in the U.S. “Soybeans are the top agriculture export for the United States, and China is the top market for purchasing those exports,” John Heisdorffer, a soybean farmer and president of the American Soybean Association, recently told the U.S. Chamber of Commerce. “The math is simple. You tax soybean exports at 25%, and you have serious damage to U.S. farmers.” Buyers will find other more cost-effective suppliers. U.S. manufacturers, like automakers, are also expecting fewer jobs, lower wages and higher price tags on their vehicles due to rising tariffs. President Trump has proposed 25% tariffs on imported automobiles, SUVs, vans and trucks, as well as auto parts, and if those go into effect, experts predict that between two-thirds and 100% of that increase will get passed onto consumers.

China and the U.S. duke it out on trade. The most robust international trade war in motion right now is between China and the U.S., the two largest economies in the world. The two countries have been engaged in economic warfare since March 1, when President Trump first announced tariffs on all imports of steel and aluminum, including metals from China. Most recently on August 1, the Trump administration more than doubled the value of its tariff threats against Beijing, China, and on August 7 it said that its second round of tariffs impacting $16 billion worth of Chinese goods would go into effect on August 23. Meanwhile, China just announced that the country would impose tariffs of various rates on another $60 billion of U.S. goods if President Trump moves forward with his threats. According to Z. John Zhang, Wharton marketing professor and head of the Penn Wharton China Center in Beijing, the U.S. and China are locked in a standoff. How long will it last? “The pain threshold in a democratic country is always lower for sure,” Zhang told Knowledge@Wharton. “However, China does sell a lot more in the U.S. than the U.S. sells in China. In addition, the economic resilience and the mechanism of social and political stabilities differ in both countries. Under stress, both countries will suffer, but only time can tell whether President Trump or President Xi [Jinping] can hold his breath longer.”

Looking ahead. Politics aside, economists describe trade policy as a complex matrix involving a number of different factors and outcomes. Companies and consumers will ultimately adjust to any new U.S. trade relationship with China and other countries, suggests Morris A. Cohen, Wharton professor of operations, information and decisions. “I’ve visited companies in Germany that have the highest labor costs in the world and they are globally competitive, so companies can figure out ways to sort their way through this,” Cohen says. “It’s a complicated situation and at the end of the day I think the net result is that it is very hard to say that you just push down one variable and this is what is going to happen.” While the outcome of the current trade upheaval is far from clear, “it’s not as bad as people are saying,” Cohen adds. “There will continue to be winners and losers and companies will adapt to the reality they need to deal with. But going back to the past? I don’t think so.” Trade wars are transforming the economic landscape and relationships – just how much remains to be seen.

Who is Émilie McKinney and why has she launched a GoFundMe campaign?

What are tariffs and why are they making headlines these past few months?

Wharton professor Morris A. Cohen says, “I’ve visited companies in Germany that have the highest labor costs in the world and they are globally competitive, so companies can figure out ways to sort their way through this.” What does he mean by this quote in the context of today’s trade wars? Do you agree or disagree?

3 comments on “Inside the Economic Warfare Involving Tariffs and Trade”