While most high schoolers were spending their summer of 2008 as camp counselors, lifeguards and job interns, Jonathan Heckman was preparing for his future in a different hands-on way -- by creating his own aviation-themed blog. Since then, Heckman’s online reflections have quite literally taken flight, rooted in a passion that he is now pursuing professionally at Embry-Riddle Aeronautical University in Daytona Beach, Fl, where he is working on a bachelor of science degree in business administration with a dual major in air transportation and management. In this personal essay, Heckman, who is 20, talks hits, posts, opinions and the life of a young blogger. …Read More 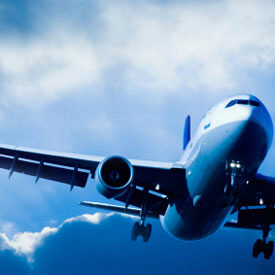 While most high schoolers were spending their summer of 2008 as camp counselors, lifeguards and job interns, Jonathan Heckman was preparing for his future in a different hands-on way — by creating his own aviation-themed blog. Since then, Heckman’s online reflections have quite literally taken flight, rooted in a passion that he is now pursuing professionally at Embry-Riddle Aeronautical University in Daytona Beach, Fl, where he is working on a bachelor of science degree in business administration with a dual major in air transportation and management. In this personal essay, Heckman, who is 20, talks hits, posts, opinions and the life of a young blogger.

Once, I thought it impossible to spread my name around the world with a single blog post. I was wrong. In the summer of 2008, I founded “Aviation Buzz,” an online place for me to develop my passion for aviation, write about the airline industry, have some fun and eventually nudge my way into the airline business. By keeping the blog simple and advanced at the same time, I attracted aviation experts (crew members, management and enthusiasts), other bloggers and average consumers. Ten months after launch, the blog became well known among aviation blogs. It was not luck that attracted people to my blog, but rather the amount of time and effort I put into it — the key to creating a successful blog.

“Aviation Buzz” took root in my passions and interests. My love for flight began at an early age. My first flight in an airplane was just a few months after I was born. I became fascinated with airplanes and always wanted to fly. For me, flight is an escape; a freedom and diversion from everyday life. Flying takes us to new places, and old; it’s a bridge to culture that’s unparalleled in speed and perspective, and the adventure aspect has me hooked.

Around the age of 16 I found a specific interest in the business side of aviation. I knew that I wanted to have a career working for airlines and aircraft manufacturers. In need of a challenge and something to do with my free time, I thought, ‘Why not get a head start learning about how the industry works?’ A blog was the answer.

I wanted my blog to be based on recent news. Every day, I tracked multiple RSS feeds using Google Reader to find the latest news in aviation. The purpose of “Aviation Buzz” wasn’t to jump on breaking news, but instead to share opinions and point out details relevant to news stories. I did not like to speculate, specifically on crashes, unless there was clear evidence. Yet I found that stating my opinion on aircraft accidents and crashes generally brought in more readers and criticism. Use caution; unsupported and overstated opinions will quickly destroy the integrity of a blog. Writing, specifically in today’s digital media-based world, has more power than ever. Hot news topics are not always confined to what the press considers a good story, but rather what the world considers a good story.

I wrote one post daily, five days a week. Each post was usually published at the same time. Schoolwork was a priority, so I only worked on the blog for about 45 minutes a night. Though a blog only gets better with time and effort, I took the weekends off to help ease the stress. On weekends, Andrew Young, a licensed private pilot who is double majoring in flight operations and aviation management at the University of Dubuque, stepped in to write guest posts.

Marketing the blog so that people knew it existed was a big challenge. There were always other blogs whose posts would “step on”, or duplicate, what I wrote. Brett Snyder, an airline aficionado, penned “The Cranky Flier.” Among airline blogs, Brett’s was one of the most well-known; right up there with USA Today’s “Today in the Sky.” Several airlines have blogs, like Southwest Airlines’ “Nuts About Southwest.” However, competing with other blogs usually does not work out. Rather, instead of competing with others, I made a number of friends with blogs similar to mine. We communicated with each other, asking for advice, or we’d just catch up with each other’s personal lives. Making friends not only broadens your knowledge, but it gives you someone to link to. Linking to other posts has been one of my leading sources of hits.

Dan Webb, a close friend who writes “Things in the Sky,” helped my blog grow in more ways than imaginable, primarily through links and word-of-mouth. Yet, sometimes linking was not always enough. Within the first week of writing “Aviation Buzz,” I added the web address of the blog to Google’s index; search engines generally churned up half the hits I received. I posted on various aviation forums, like “Pilot Buzz,” allowing me to target the blog to a specific group and drawing the attention of other aviation enthusiasts and experts.

Blogging, for me, is about learning and having fun with a topic that interests me. Guest comments from airline executives, pilots, industry analysts and enthusiasts inspired me to continue and improve my blog. Stephen Forshaw, vice president of public affairs for Singapore Airlines, countered my opinion on the Airbus A380 and proved why the aircraft was chosen by Singapore Airlines. USAirways pilots gave their feedback, agreeing with my opinion about USAirways’ management, and shed light onto related topics I would not have thought of. I started writing for the Seattle Post-Intelligencer in 2009. The editors offered to promote my blog on their website, and I have since met many people involved in the airline/aerospace industry. “Aviation Buzz” now has a new name, “JetCheck,” and my involvement with the Seattle Post-Intelligencer has expanded my readership to new levels. I’ve had the opportunity to interview executives at airlines for blog posts and develop relationships with airline PR teams. My responsibilities as a sophomore at Embry-Riddle have taken away from my blogging time, but I still post bi-monthly and hope to increase frequency again soon. In August 2010, I became a FAA certified private pilot. Now I’m blogging from a whole new perspective.

Kiva: Improving People’s Lives One Small Loan at a Time