During the 2011 Ivy Sports Symposium at Wharton, experts and sports executives involved with international athletics discussed the future of the globalization of sports and the business possibilities it can create. Young people, the panelists said, are key to the expansion of global sports – and are not afraid to embrace the global game.…Read More 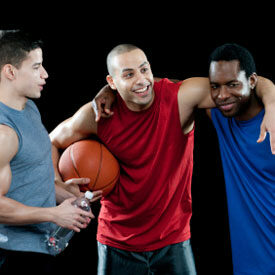 There is little doubt that in the 21st century, sports are going global. Georgetown University sent its men’s basketball team this year to play a Chinese professional team in Beijing, and Chinese players want to be in the National Basketball Association, along with those already playing there who were born in France and Congo, Sudan and Croatia, Argentina and Israel. Young sports fans root for Manchester United, an English professional soccer club, as hard as they do for American soccer teams. The National Football League passionately wants to conquer Europe, and Dominican baseball players are the trend in Major League All-Star baseball teams.

In a keynote panel at the recent 2011 Ivy Sports Symposium at Wharton, experts and sports executives involved with international athletics discussed the future of the globalization of sports and the business possibilities it can create. Young people, the panelists acknowledged, are key to the expansion of global sports, and their interests will become popular in the near future.

Dancing with the Stars … Who Knew?

Sports promoters of all kinds are thinking about the way they market to their fans and how they can become more global. “I come from a sport that is pyramidal, where the grassroots is at the bottom, supporting all the way to the top, where the elite are,” said Peter Englehart, CEO of the Competitor Group, which stages running events and promotes cycling worldwide. “Our model has to survive with the middle class, who will have enough money for participation fees and clothing. The middle class has a big stake in health and wellness, too, so that is where we start. Our spectators want to see participants up close, not sitting way back in stadiums for a lot of money. We have to market that way.” Englehart added that he is less interested in the developing nations and concentrating more on North America and Europe. The next great distance runners, or certainly those who watch them, will probably come from there, rather than, say, China.

Scott O’Neil has another perspective. He is president of MSG Sports, a subsidiary of the Madison Square Garden Company, a sports, media and entertainment promoter that holds events at Madison Square Garden in New York City. Though MSG concentrates locally, O’Neil recognizes that finding the next new thing globally can be a goldmine. He recalled having a job interview with the head of a sports marketing group who was talking all night about ballroom dancing as the next big spectator sport. “I thought he was crazy. But you know what? Along came Dancing with the Stars, and the millions of people who watch that all around the world,” said O’Neil. He pointed, too, to the phenomenal rise in popularity of extreme fighting and martial arts, also started on an international scene.

O’Neill suggested that American sports can learn from the international model of scheduling. When the World Cup or big international tournaments come around, he said, world soccer leagues take a break and players go to their national teams. “If we could cut the National Hockey League season from 80 games to maybe 50 and integrate those kinds of world events, it would do well,” he said.

Pat McQuaid, president of Union Cycliste Internationale, the world governing body for sports cycling, said he feels that the United States has seen its last Olympic Games. First of all, many American sports have not become particularly global. American football is not nearly as popular as soccer worldwide, and while baseball has some seeds in Latin America and Japan, it is barely present in the rest of Asia and Europe. Even more, though, the International Olympic Committee is looking for governments to handle nearly all of the Olympic Games’ support services, and American cities are not as willing as foreign venues to go into debt to achieve that goal.

One American organization in particular understands the globalization of sports, said Joseph Ravitch, a partner in The Raine Group, which advises those interested in promoting sports. The National Basketball Association has laid the groundwork in many countries, and will no doubt profit from that in the long run. “Every day, there is someone in some city in China looking for partnerships,” he said. “There are TV deals all over the globe and sponsorship deals that go across borders.”

Added Ravitch: “The future of sports is around the world. Young people know that and are not afraid to see sports that way.”