The Power of Personal Data with Wharton’s Kevin Werbach 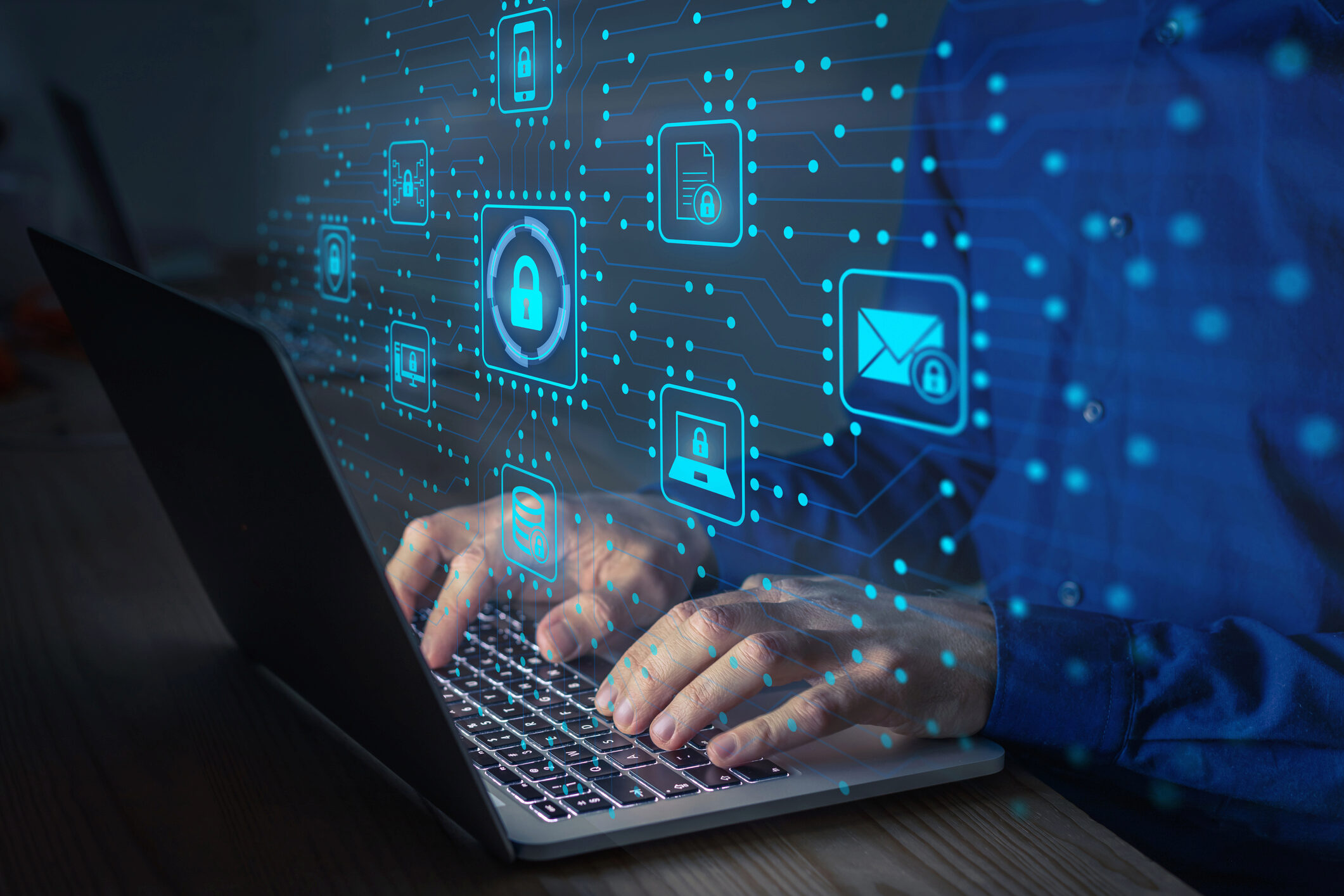 Did you know that you are sitting on a goldmine? Data has become the world’s most valuable resource. As we all use technology to power our daily lives, the data about ourselves spills out across the web and, sometimes, into the databases of marketers and other information-hungry organizations. Wharton Global Youth connected with Kevin Werbach, a Wharton School professor of legal studies and business ethics, to begin our exploration of personal data and privacy. How much are you willing to share?

Wharton Global Youth Program: What is personal data and how is it generated?

Kevin Werbach: Personal data is information that is somehow connected to a person. It’s something that can be used to identify that individual. So, I happen to be wearing a blue-checked shirt right now. That’s a fact about me. That doesn’t let you identify me simply because I’m wearing a blue-checked shirt. On the other hand, if I told you my Social Security number, then you would be able to use that to figure out what individual I am and to cross-reference that with other information about me, like the fact that I’m a professor at Wharton. And you could make other kinds of judgments about me. Information about us is generated as we go through the world and as we interact with government systems and private organizations. For example, anytime we buy something or interact with a business.

Wharton Global Youth: What is data privacy and why is it important?

Werbach: Privacy is about you controlling who you are and how you represent that in the world. We all have a sense of ourselves that we, as autonomous individuals, want to construct. I may not want to tell you some fact about me. To some degree, I should have the ability to define who I am. Now, privacy has limits. We live in public. If I’m walking down a street and you happen to take a picture of people walking down the street and you see me in that picture, I don’t have a right to say, ‘No, you can’t use a camera on a public street because I might be in your photograph.’ On the other hand, if you want to use facial recognition technology to scan billions of photographs and then identify the fact that I was on this street corner at this time, and then use that to also connect it in with other sorts of photos you have about me, then we start to get to the issue of privacy. Should private organizations and governments be able to know everything about us at all times? That’s the issue of privacy. It has limits. I can’t rob a bank and then say my identity should be private and therefore I can’t be arrested. But if I’m not robbing a bank, then we really don’t want to live in a world where someone knows everything about you and can use that in ways that may benefit them and not benefit you.

Wharton Global Youth: How do you balance the motivation to share lots of information on social media, for example, with data privacy demands?

Werbach: There’s this notion that young people today don’t care about privacy, which is a complete misnomer. Researchers have studied this, and most high schoolers understand privacy. The fact that you have a public persona and are on social media doesn’t mean that you don’t care how people think of you. In fact, high school students I’ve encountered are the most conscientious about considering what they share and who they share it with. Should they have multiple accounts like a Finsta, so they can construct different personas with different communities; do they have a private story that’s different than a public story? Privacy does not mean you hide in a hole and don’t let anyone know you exist. Privacy means that you want to have some control, rather than other people, the government or some platform getting to decide what information about you is available.

Wharton Global Youth: We’ve all heard about high-profile breaches, often involving the theft of financial information or personal data of hundreds of thousands of users that is sold on the dark web. Can you help us understand the landscape for cybercrime? How has it given rise to data-protection technologies and efforts across industries?

Werbach: The first thing to understand is that there is value in personal data. The value is generally collective. The fact that I like Ethiopian food is not worth a lot of money. It’s not worth any money to me and it’s not worth any money to someone else just to know that piece in the abstract. On the other hand, if I’ve got a hundred million users of a service and I want to market to advertisers and an Ethiopian restaurant wants to advertise to people who like that kind of food and not to people who don’t, then it’s valuable to know that about me. Personal data has become a massive, multi-hundred-billion-dollar global industry. We have such great tools now for aggregating it and for building markets around that personal data.

Because personal data is valuable, it’s a target. Just like money in the bank is valuable and therefore people try to break into the bank, data that companies have aggregated about their users becomes valuable for criminals. We have such massive assemblages of data that it’s incredibly hard to keep them secure. Many organizations are not particularly good at keeping them secure. So, we have this challenge. We need to create the right set of legal restrictions and the right set of incentives, and support the right set of technologies to protect against these breaches of integrity of personal information.

“Just by walking around the world carrying a smartphone, it’s keeping track of where you are at every moment…what applications you’re using, what you’re looking at and what you’re buying.” -Kevin Werbach, Wharton Professor of Legal Studies and Business Ethics

Wharton Global Youth: Data scandals don’t just involve cybercriminals and hackers. Companies look to get their hands on personal data as a way to analyze people’s patterns and habits. How do companies use our data for commercial activities, like targeted advertising?

Werbach: Targeted advertising is nothing new. For many decades, companies have spent large amounts of money trying to sell things to people who want to buy them. What’s changed in the last 20 years or so is that now everything is digital. The volumes of information you can get digitally is orders of magnitude greater than what you can get any other way. Just by walking around the world carrying a smartphone, it’s keeping track of where you are at every moment. It’s keeping track of what applications you’re using, what you’re looking at, what you’re buying, and all sorts of other information, which is combined with other kinds of databases. Then we have increasingly sophisticated analytics to be able to slice and dice that information. And we have a whole ecosystem of data brokers who buy and sell that information and make it available to companies. Most people have no idea how much information is available about them in so many places. That’s what raises a lot of these concerns. Even though the basic idea of advertising is not new, there’s something now that’s happening that’s different and in a lot of ways scarier. One of the ways that it’s scarier is that you can be incentivized to give up personal information under false pretenses.

Wharton Global Youth: Cambridge Analytica [a British political consulting firm that harvested Facebook users’ data without their consent] is one example of this. Why was this scandal so astonishing?

Werbach: It was shocking for a lot of reasons. One reason was that they used a cute little quiz as a way of extracting personal information about people that they were using for really problematic purposes, like influencing elections. A second element that was shocking about Cambridge Analytica was that they were able to get information not just about the people who took the quiz, but about their friends, people who never volunteered to participate in anything. The third thing that was shocking was that when Facebook said you can’t do that because it violates our users’ privacy, they did it anyway. They ignored those restrictions and then made the data available for use in manipulative political activity. There’s this gap. It’s fine to say that I understand if I go on a social media site, I’m uploading pictures and therefore other people can see them. But at some point, there needs to be a negotiation where you understand what you’re giving up and what’s being done with your personal information. Cambridge Analytica was by no means the only example of this, but it was so shocking to people that it illustrated how that whole paradigm is broken: the ways the data was being used in no way connected with the ways that individuals consented to have their data used.

Wharton Global Youth: What should youth know and do about data protection as they increasingly use apps and technology to power their lives, everything from TikTok to Venmo? How can they safeguard themselves?

Werbach: My guess is that the average 16-year-old is savvier about this than the average 52-year-old, like me. They’ve grown up in a world where this sharing of information digitally has always been there. I would say you should think about what your limits are. Assume that everything is going to be shared. And that every entity you deal with online may be interacting with other entities in ways that you don’t know about. Decide for yourself what limits you want to put on the ways you generate your online persona. It’s not an option typically to drop out. But be very cognizant about which information you’re comfortable sharing and which information you’re not comfortable sharing. And think about where there are choices that you have. If all of your friends are on Instagram or Snapchat, you may not feel like you have an option not to be there. But there may be alternatives for other services you use. There are a growing number of privacy-protective tools out there to limit the advertisements you get, or to limit the amount of personal information you share when you browse the web. It’s worth spending some time seeing what is out there, so you can have some degree of control over your personal information.

According to Professor Werbach, “personal data has become a massive, multi-hundred-billion-dollar global industry.” What does he mean by that? What is the commercial value of personal data?

What is Cambridge Analytica and in what three ways were its actions “shocking?”

Do you regularly consider your personal data and privacy when you are on social media or using a financial app? In what ways do you think about it and intentionally exert control over your personal information?