BusinessWeek’s annual Best Young Entrepreneurs contest reveals some of the most enterprising and innovative young business owners from around the country. In this roundup, featuring winners from 2008, they love the web, hard work, clever marketing (“cupperware” parties) and even negotiating big deals between classes -- in high school, that is.…Read More 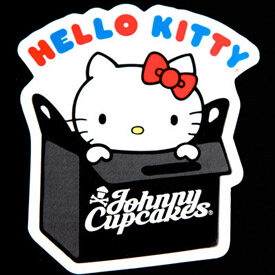 Could high school get any busier? On top of all that schoolwork and homework, there’s soccer practice, auditions for the school play and hours logged texting and Facebooking.

Now toss in business negotiations with execs from some of the country’s largest retail stores and a date with America’s No. 1 talk show host, and you’ve entered the zone of one of the most successful young entrepreneurs in the U.S., Jasmine Lawrence.

Lawrence is CEO of the Williamstown, N.J. business, Eden Body Works, which makes and sells a line of natural body and hair care products. Lawrence started Eden when she was a junior in high school and negotiated deals to carry her company’s line with the likes of Whole Foods and Wal-Mart. By the age of 17, Lawrence had already been a featured speaker at business schools and conferences, honored as a Women’s Business Enterprise Star of the Future by Home Depot, and graced the pages of tons of magazines and newspapers. And just so you know she’s truly arrived: Yes, Lawrence sat on Oprah’s couch.

The teen entrepreneur, now 19 and a sophomore at Georgia Tech, says she made millions of dollars in the five years she ran Eden. Before her freshman year of college, she halted production of all Eden products so she could focus on her college career. She tells the Georgia Tech Alumni Magazine that she plans to have the business up and running again soon, though school work is a priority. Lawrence’s dream job? Working for the CIA in artificial intelligence.

Lawrence is one of 28 inventors, designers or businesspeople to be named a finalist in BusinessWeek magazine’s Best Young Entrepreneurs of 2008. The contest — the company’s fourth annual search for the best and brightest entrepreneurs in the U.S. under age 25 — yielded 25 great ideas. The magazine then asked readers to choose their five favorites. (To read more on the final five, click here.)

Most of these businesses do have one thing in common: heavy reliance on a company web site. And in an age where so much of life and work take place on the web, it’s probably not surprising that many of these 25 ideas are almost exclusively web-based. Many finalists came up with an idea for a new Web site, and set out to make that vision a virtual reality.

That is the case for one group named among the top-five finalists: the creators of CampusLIVE, an online campus community where students can find out which classes to take or what local restaurants to check out — their campus at their fingertips.

Cofounders Jared Stenquist, Boris Revsin and Jeff Cassidy were all friends enrolled at the University of Massachusetts Amherst when they developed CampusLIVE as a way to consolidate social and academic news and information into one site for UMass students. The site now includes custom pages for more than 200 campuses around the country, including the University of Vermont, University of Connecticut and Georgetown University. A student at Colgate University in New York will find her CampusLIVE home page featuring local weather and the top headlines from the Colgate Maroon-News. Side tabs link to pages for campus events, the school library and a university directory, among others.

In 2010, CampusLIVE’s founders brought on investors to help them build their next big idea — creating a college-only social network at each university that lets students see who is in their classes, who lives in the same dorm building or likes the same things.

Some businesses are lower tech and higher in creative marketing.

Johnny Earle, 26, is the creator of Johnny Cupcakes, an apparel store selling T-shirts and other clothing and accessories with his brand’s distinct cupcakes-and-crossbones logo. He’s also a young entrepreneur who took a chance on an idea, and turned it into a multi-million dollar business.

Earle didn’t set out to start an apparel empire, but when he made a T-shirt with his now signature logo — a cupcake atop a pair of crossbones — and other people started asking where they could buy one, he knew he was on to something. Earle started selling them out of the trunk of his car and later created a punny take on the Tupperware house parties of the 1950s: “Cupperware parties.”

These days, Earle doesn’t need to use his trunk as a retail space: he has three successful stores in Boston and Los Angeles that keep with his wacky, cupcake-inspired theme. Those clothes are literally bringing in millions of dollars — and a hearty batch of fans who wait eagerly for the next limited -edition T-shirt design.

In April 2010, Earle set out on a cross-country tour  to sell his T-shirts out of suitcases, like he did when the business started. By January 2011, he was busy on the lecture circuit, visiting Saint Joseph High School in Lakewood, Calif. and then on to the Microsoft New England Research and Development Center in Boston  on January 24.

Earle’s wasn’t some get-rich-quick scheme; it was a lot of old-fashioned, hard work. “This all didn’t happen overnight, I didn’t get lucky with some random idea,” Earle tells customers on his Web site. “I got off my bum and did something with myself.”