Madison Nicole Robinson recently finished sending out her college applications and she keeps busy with her high school dance team, all while building a million-dollar flip-flop business. It's no wonder time management is one of her most valuable lessons learned.…Read More 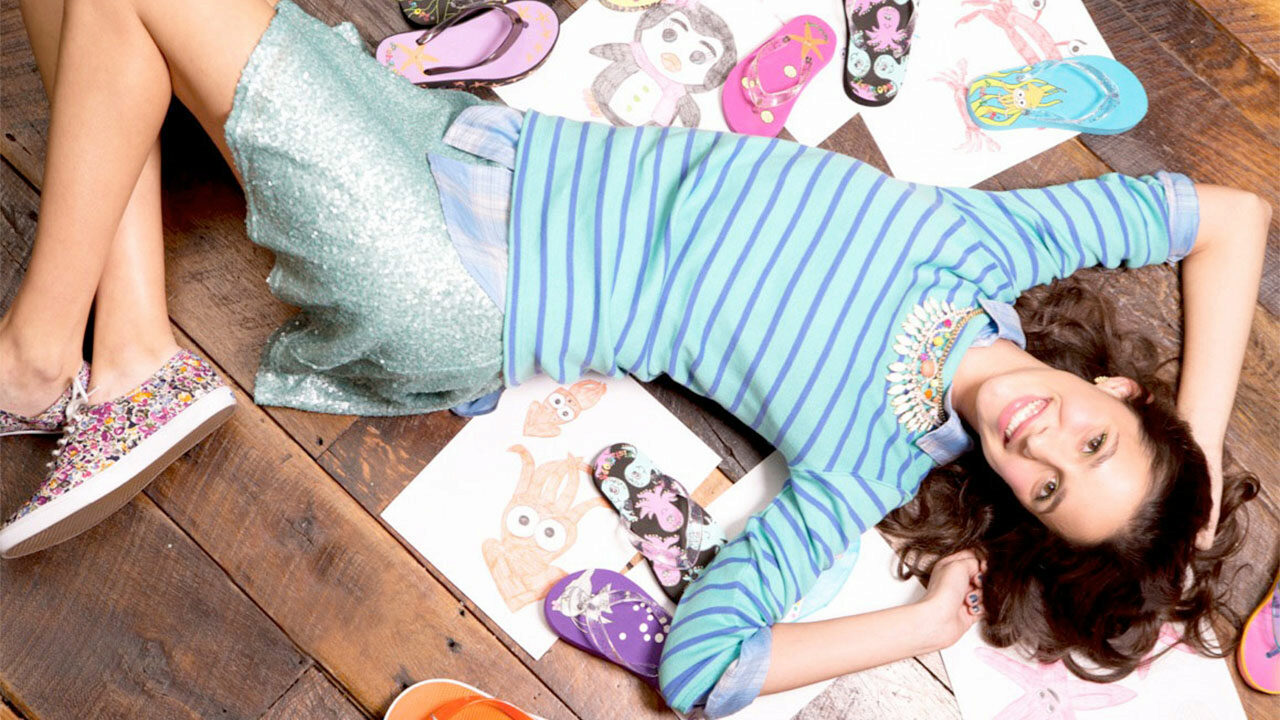 When high school student Madison Nicole Robinson of Houston, Texas, wanted a new iPhone, she started saving up the cash that fell out of those birthday and holiday cards until she had enough to buy one. This is especially impressive, considering Robinson founded a fashion business that has brought in enough money in sales to buy an entire store of cell phones – and a mall kiosk of blinged-out cases.

“One of the very first things I learned [through my business] is how valuable it is to develop good money management skills at a young age,” says Robinson, who is 17.

A senior at Cy-Fair High School, Robinson’s creative footwear journey actually began 10 years ago, when inspired by a love of all things “beachy,” she sketched a pair of flip-flops featuring sea creatures — think fish, squid and penguins — and named them FishFlops. Since then, her designs have evolved into an entire footwear and clothing line. Having sold more than 100,000 pairs of FishFlops, which retail anywhere from $20 to $32, Robinson has become quite wealthy. A Fortune magazine feature a few years back reported FishFlops’ sales of more than $1 million.

Still, Robinson says she leans on her financial values for support. “I’ve learned to listen to my mentors and parents and save as much as I can for the future,” says Robinson, who already has enough profits set aside to cover her college tuition costs.

And while her entrepreneurial venture has taught her to make smart money choices in her own life, it has also yielded another kind of financial lesson – paying it forward. Robinson uses FishFlops’ success for the social good. By partnering with various charities around the world, she has donated more than 20,000 pairs of FishFlops to children and adults in places like Costa Rica, Cuba, Guatemala and Africa. “I view my mission as providing a necessity to others that we take for granted,” Robinson says.

Also teaming up with the Association of Zoos and Aquariums to support its SAFE (Saving Animals from Extinction) campaign, Robinson is donating a portion of every sale to help protect some of the world’s most endangered animals. “The harder you work, the more you have to give back and help others,” she notes. “I can’t explain the amount of satisfaction that has come from having the ability to support such worthy causes.”

Making The Houston Chronicle’s list of “The Most Stylish People of 2014,” Robinson has received hundreds of letters and emails from aspiring entrepreneurs asking for advice. She even became pen pals with a group of Japanese school children who contacted her through Twitter. In 2014, as part of a Junior Achievement program, she spoke to 8,000 middle school children about her entrepreneurial journey and business success. “I want to be a good advisor to others who want to pursue my path,” says Robinson. “My advice to others is to do your best to plan your future and focus on your goals.”

You don’t sell thousands of flip-flops without learning a thing or two about the business world. Robinson says that one of her most critical skills has been time management. Procrastination is a thing of the past. “My school activities and studies always come first,” says Robinson, who is an officer on her school’s dance team and a member of the National Honor Society. “I spend some time each day and on the weekends working on the business.”

Twitter led to the company’s first big break. After seeing a Nordstrom tweet about a need for new product lines, Robinson wrote a letter to a buyer at the retail giant, which resulted in FishFlops being sold in 64 Nordstrom stores by July of 2012. “That experience reemphasized to me how important it is to be yourself and have confidence in your ideas and dreams,” Robinson notes.

FishFlops is currently in expansion mode. Robinson plans to introduce new styles in 2016 that will appeal to a broader market – all while juggling her college schedule. She has sent out several college applications and anticipates possibly studying business and fashion. “We have built a strong foundation, so I can focus on my studies without too much distraction,” she says. “I see college as a proving ground for the life lessons I have already learned. I just want to be a normal college student who happens to have a business.”

If you could sit down with her in an interview, what three questions would you ask Robinson and why? Team up with classmates and find FishFlops on Facebook and Twitter (see links below). Ask your questions. Did you get answers? What did you learn?

What are three things you would do with your money if you became a teenage millionaire?