The corporate world has its own buzzwords, terms that express how businesses operate – with “synergies” and “paradigms.” “Diversity” used to be the popular catchphrase; companies scrambled to hire employees from varied backgrounds and ethnicities so they would appear diverse. Today, corporations are more committed to being diverse and inclusive, investing millions of dollars a year in understanding and involving people of different ethnicities, ages, genders and choices in their ranks. These companies realize that a range of perspectives can fuel creativity and strengthen business. …Read More 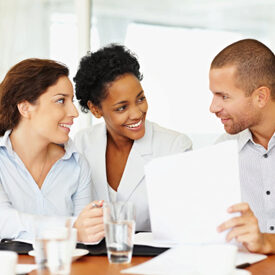 In late June, reports surfaced of 20-year-old Hani Khan, a past employee of a California Hollister Co. store, who claimed that she was allegedly fired for wearing a hijab, a headscarf sometimes worn by Muslim women as part of a religious practice of modesty in public. Khan is suing Abercrombie & Fitch, parent company of Hollister, for discrimination, in part because of the company’s “look policy,” which sets guidelines for employee attire that allegedly don’t accommodate diverse religious backgrounds. During a press conference, Khan told reporters, “This case is about principles, the right to be able to express your religion freely and be able to work in this country.” Abercrombie & Fitch says it does not tolerate discrimination of any kind.

Diversity acceptance – or lack thereof – is a hot topic in today’s business world given that the country increasingly resembles a tapestry of many colors, choices and cultures. Companies have created entire divisions – often led by chief diversity officers — tasked with understanding diversity and using the advantages that come from having a varied workforce. “Diversity is the dimensions of everyone’s lives — what makes them unique individuals and therefore makes them similar to some people and different from other people,” says Arisa Cunningham, a vice president of global diversity at Johnson & Johnson, a health care products company. “For us to be true to our values and business objectives, we need to be strategic and intentional about taking all the advantage that we can out of that richness of diversity.”

The Strengths of Your Team

Lisa Doi, a faculty member for two years at the National Student Diversity Leadership Conference (SDLC)  — a gathering of high school student leaders from across the country — breaks down diversity’s seven core categories, “At SDLC we take a broad approach to diversity; it is race, gender, age, ability, religion, socio-economic status and family relations,” says Doi. “Rather than solely focusing on race, we’re examining how these identifiers interplay with one another. In business, a good leader should be able to capitalize on all the strengths of those on their teams. Being able to work with a variety of people with different social norms will help create stronger business leaders.”

Many large multinational companies regularly appear on lists of the most diverse corporations put out by media outlets like Forbes and DiversityInc. Most of these firms spend millions, if not billions, of dollars every year creating a diverse workforce and supporting ongoing diversity education and awareness. Coca-Cola recently launched its five BY 20 project, dedicated to giving 5 million women around the world opportunities to lead as entrepreneurs by 2020. Still other companies, like AT&T, are praised for using diverse suppliers and for standing behind their values through involvement in projects that reach into the communities they serve.

Merck, a drug manufacturer with 94,000 employees in more than 24 countries is a Fortune 500 company that has consistently been on DiversityInc’s list of the top 50 companies in the U.S. for diversity. For instance, in 2009, 30% of Merck’s executive managers were women in comparison to the 13.5% of women who held executive officer positions in other Fortune 500 companies.

According to Merck’s chief diversity officer Deborah Dagit, understanding diversity builds trust. “We care about diversity because we want to be the No. 1 trusted health care partner to all in the world. To have that level of understanding, we need to have diversity within our walls,” says Dagit, who describes her role as “an ambassador with the challenge of understanding all aspects of business. When you’re a diversity officer, the field you need to cover is wide and requires constant learning.”

The business case for diversity is compelling for sustaining and growing a company that can best serve its people, Dagit adds. “There are diverse communities disproportionately affected [by illness or other factors]. Understanding those communities is the reason that we have been able to create and sustain business. [Building] a more inclusive environment makes good business and is the right thing to do.” Merck does not use the Golden Rule, which says to treat others the way you would like to be treated, but the Platinum Rule, which is to treat others the way they would like to be treated. “The only way to know is to ask them. You need to involve people on all levels,” says Dagit.

Diversity also means understanding today’s global marketplace as companies do business around the world, Dagit states. “In one of our employee groups, young professionals looked into emerging markets in China, India and Brazil and created a 10-page brochure that helped traveling employees get to know the countries they were headed to.”

A far-reaching diversity policy will help companies reflect society, and in turn meet the needs of customers around the world. “Women [in Saudi Arabia] can’t drive or sit in the office with men, but they can see female physicians,” notes Dagit. “We need information on how best to deal with customers we provide for in Merck, and we need women in our workforce to address the women taking the medicine in Saudi Arabia.”

From global diversity to local engagement, understanding diversity is a continual learning process. Kenny Owens, a recent graduate of University City High School in Philadelphia, Pa., says his experiences during high school with the national Rooted in Community conferences, which empower youth to take action in their communities, offered insight into working with diverse people. Diversity, Owens notes, “Gives you knowledge of different cultures. You learn about different histories. It’s extremely important in the real world’s workforce.” Diversity awareness breaks down barriers “because you are open to knowing even more about people.”