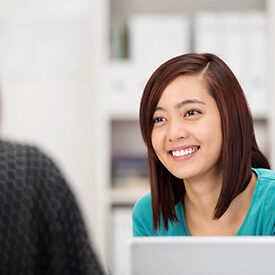 GenHERation, a company started by Katlyn Grasso, a senior at The Wharton School in Philadelphia, inspires high school girls to become leaders by pairing them with national corporations and encouraging female empowerment.

Rachel Winicov, a junior at Lower Merion High School in Ardmore, Pa., and Sarah Shavin, a senior at Riverwood High School in Atlanta, attended the leadership series and came away with these highlights:

Which leadership lesson resonates most with you? Which one do you think is the most important? Why? What might that say about your own interests and priorities?

What does Jodi Fleisig mean when she says that who you are will take you much further in life than what you know?

Select one of the women featured in the summer leadership workshops and research more about her. Who is she? What new things have you learned about her and her role in the business world?