A young app developer from Australia talks to KWHS about his 2013 Google Science Fair win, which – while an incredible achievement – does not impress him as much as the potential that his first-place signaling system for emergency vehicles has to save lives and property and help fight crime.…Read More 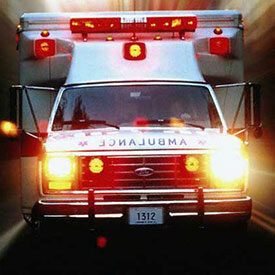 About a year ago, Viney Kumar, now 15 and a Year 9 student at Sydney, Australia’s Knox Grammar, was visiting Bangalore, India – one of the world’s most congested cities – when he witnessed an everyday sight that distressed him. “I was with my parents in a car, caught in traffic, which was barely moving,” Kumar says. “There was this ambulance also stuck in traffic, unable to move. It was noisy and I could barely hear [its] siren until we were really close. I was filled with this helplessness and anger, and I wanted to know why this was happening. I could only imagine who might be inside the ambulance and the fact that they might be battling for their life, and I thought there must be something I could do.”

The Ineffectiveness of Sirens

Kumar kept mulling over this experience, wondering whether such situations were an issue back home in Australia. “So I went to local hospitals and fire stations and interviewed personnel,” he says. “They were quite receptive, and this validated my research. It also revealed additional motivational issues. I found that drivers were less motivated to get out of the way of emergency vehicles [because of] peer influence and impossible driver-reaction times due to the ineffectiveness of sirens. Many drivers have a peer-group mentality and will only move over if everyone else is moving, too.”

Every day in New South Wales, the Australian state with Sydney as its capital, Ambulance NSW, the state’s ambulance service, responds to an average of 3,234 emergency calls – meaning one ambulance is dispatched every 26.7 seconds. Ambulance NSW supports “any new technology that [will] assist drivers to move out of the way safely as an emergency vehicle approaches,” a spokesperson says. “In an emergency, it could be the difference between a patient’s life and death if an ambulance gets caught in traffic. Ambulance NSW encourages road users to give way as soon as they hear a siren or see the flashing lights.”

A flaw in this system, notes Kumar, is that Ambulance NSW’s signaling systems are inaudible greater than 100 meters, and sirens are non-directional — meaning that only one in four drivers can identify an approaching emergency vehicle’s direction.

Kumar, determined to come up with a solution, considered using a specific radio-frequency signal to alert drivers, but soon realized that he had a powerful driver-motivational tool if he added graphics. To achieve this, he would need a mobile-service-provider-initiated message (as in your cell phone) to be received in-car, but that meant he needed blanket approval – difficult to obtain from so many providers – to give his system national reach.

“Then I noticed Sydney was already using mobile applications on smart phones to track trains and buses,” he notes. “I thought I could make this technology more dynamic to handle vehicle-to-vehicle communication. With GPS technology supported by a smart-phone platform, it would offer the potential to save lives and property and help police fight crime. Once I figured out a design, I needed to start programming my solution. To be honest, I didn’t think I could do it, but I wanted to make an attempt. I wanted to have a crack at it.”

Kumar’s prototype is called PART – Police and Ambulance Regulating Traffic. And as far as prototypes go, this one has already garnered great praise. In September, Kumar won his age category as one of four global winners at the 2013 Google Science Fair, an online competition open to students ages 13 to 18 around the world. Other winners included Eric Chen, 17, who developed an anti-flu medicine; Ann Makosinski, 15, inventor of a battery-free flashlight; and Elif Bilgin, 16, who is creating bioplastics from banana peels.

Time to Pull Over

Kumar’s invention plugs all the inherent holes in the age-old blaring sirens, while individually motivating motorists by giving every driver intermittent, in-car, dashboard-based audio and visual warnings when an emergency vehicle is near. With tests proving Kumar’s invention is nine times more effective than an emergency siren alone, patients can expect better outcomes; fires can be attended to more quickly, saving property and lives; and police can move unhindered through traffic, giving them a crime-fighting edge.

How does PART work? “An emergency vehicle sends its current location and the route it will take to a web server,” says Viney. “The GPS device in the target vehicle obtains that data by polling the same web server periodically and translates that data into an audio-visual format. PART alerts drivers with audio and visual warnings when the emergency vehicle is 800 meters away, and again at 500 meters, giving them time to pull over.”

Kumar’s visual element uses Google Maps to show the driver’s position in relation to an approaching emergency vehicle – both depicted inside an 800-meter radius by colored, moving icons. At intervals, an audio alert sounds with: “Emergency vehicle within <Range> meters. Please pull over.”

Kumar used Java programming and two Android phones to test the prototype, conducted unit and simulation testing and then modified his design. He deployed his parents in separate cars to test his hypotheses that drivers would have more time to pull over using PART, and that the emergency vehicle’s location – on-screen, in-car – would be pinpoint accurate. Tests showed drivers now had 67 seconds to respond, instead of the current seven to 14 seconds.

Once the patenting process is complete, Kumar plans to implement the PART system into car dashboards. “Apple and Google are working with car manufacturers to deploy iOS- and Android-based devices for car dashboards,” he says. “This would be the ideal home for my project.”

Viney Kumar’s app invention is a great example of how you can think critically about an everyday experience – like approaching ambulance sirens – and add value to it. What product or service that is a regular part of your life would you like to make more effective or efficient? How might you improve upon it?

What motivates Kumar to develop PART? What other motivational factors inspire entrepreneurs to invent or make new products and services?

Using the link below, explore the Google Science Fair site; watch the video on the homepage and read about the various competitors and their entries. Discuss what you learned. What did you find most inspiring? Interesting? Enlightening? Did you notice any similarities between teen innovators around the world? Differences?

Doing Good, with the Power of Half