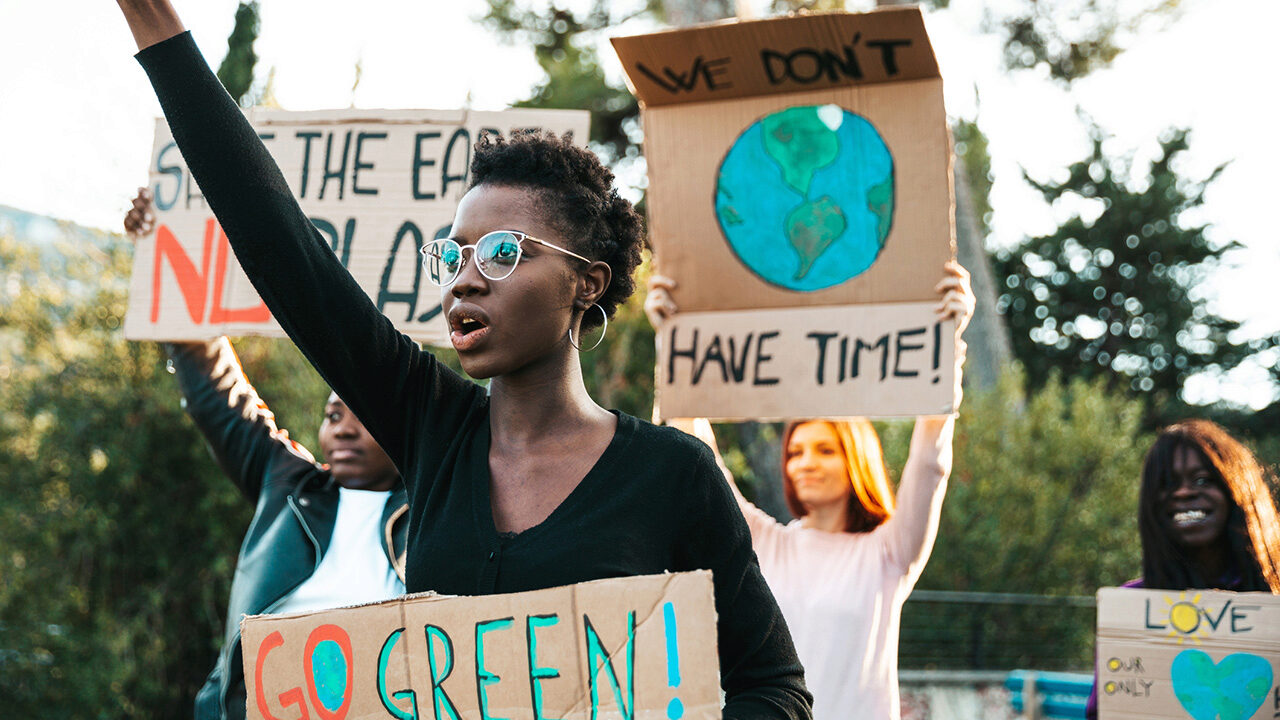 Climate action is a mindset – and one that feels increasingly critical on a global scale.

At the recent virtual Earth Day Summit, the U.S. committed to cutting emissions by half by the end of the decade and integrating climate change into the country’s national security and foreign policy. Other countries deepened their climate goals, as well, in what can only be described as intense, global, climate ambition.

That climate ambition extends to Generation Z, as you think about how climate change fits into your lives. The rising levels of carbon dioxide and other heat-trapping greenhouse gases that are damaging the planet not only spark activism, but also a desire to go to work on creating sustainable solutions.

“I genuinely believe climate change is the challenge of the century,” says Andrew Yu, a sophomore at the Wharton School, University of Pennsylvania. “As a member of Generation Z…it’s up to us to have a say in this and an actual goal.”

Yu co-founded Penn Climate Ventures, a new student organization at Penn that wants to build a career pipeline in climate tech that is as robust as career pipelines for finance or consulting. In other words, he wants more people to follow a climate-related career path, with an emphasis on new and transformational innovations.

“The broader definition of climate careers is that you can be an environmental scientist, you can work in policy, you can be doing lab research and creating cool innovations. You can be a business person and try to scale those innovations. You can work in marketing and try to change consumer behavior. You can be an educator and try to teach the importance of climate to students and to the next generation. You can invest in climate-forward companies as an investor. Climate careers are very, very broad,” notes Yu. “A lot of people are interested in environmental science and studies, and they are gaining knowledge about the environment. But I think we’re at a point where knowing that the world is spiraling out of control is not all that we can be doing. We need to take action to mitigate that or help us adapt as the world continues to change. That’s where climate tech enters the space.”

“There will be a space to innovate in climate no matter where you go.” — Andrew Yu, Co-founder, Penn Climate Ventures

Climate tech involves building interesting innovations that can reduce emissions or draw down emissions by collecting carbon dioxide or other greenhouse gases from the air. It is also about creating a more efficient grid, electrifying society as a whole, including cars and planes. “There is a lot to be done to make most aspects of business and daily life more sustainable. A lot of that requires some interesting innovations to get there,” says Yu.

A group of Penn and Wharton students recently won second place in Penn Climate Ventures’ first student climate startup competition. The group’s climate-tech project, Folia, is targeting leftover malt from beer production to be used as animal feed and even in bread products. The main goal: diverting greenhouse gas-generating waste away from landfills by connecting food waste producers with companies that can use the byproducts.

Dennis Woodside, president of Impossible Foods, a Silicon Valley-based company that produces plant-based substitutes for meat products, made a virtual appearance at Penn Climate Ventures’ event to provide insight into his business and the broader sector of climate tech. Impossible Foods’ mission – to eliminate the need for any animal-based proteins – is in large part climate-driven. The animal agriculture industry accounts for 17% of total greenhouse gas emissions (see related KWHS Stories tab).

“As we get closer and closer to an environmental crisis, the world is going to wake up,” said Woodside, who was previously chief operating officer of Dropbox and began his career with Google. His best advice for a generation that wants to make a difference through climate careers and climate tech: seek out learning opportunities and observe the world around you.

“A lot of life is just showing up and hearing an idea that you say, maybe I’m not going to act on that now but in three years you never know what kind of connection you’ll make,” said Woodside. “When I was at Stanford [University], there were people coming on campus all the time. You just absorb ideas and don’t quite know how those ideas are going to bounce around in your head, and someday something comes along that just makes sense.”

He also sees incredible opportunity for climate-tech innovation related to the food industry, nuclear power, as well as cleaning the power that the world currently generates. “If you look around, so many areas are going to have to change where there is an incumbent industry that is going to have to get disrupted by something cleaner and more sustainable,” he said. “I would look there and pay attention.”

Yu, who plans to start his own climate tech company this summer with a group of friends from high school, has thought deeply about his personal mission to champion climate careers.

And becoming a climate-tech entrepreneur is not the only onramp to making a difference. Many existing public and private businesses, like Impossible Foods and Tesla, are climate-focused, or need to strengthen their sensitivity toward climate issues with a little help from Gen Z.

“For most businesses to survive at the end of the century, they’re all going to have to be climate forward in some way. There will be a space to innovate in climate no matter where you go,” suggests Yu. “Energy and agriculture need a lot of work because most emissions come from those two sectors. For longer term, you can do whatever you want, just make sure you have climate in mind.”

Do you plan to go into a climate career? How are you preparing? Share your story in the comment section of this article.

What is climate tech?

Why are Dennis Woodside and Impossible Foods part of a discussion on climate careers? How does this business relate to climate action? Use the Related KWHS Stories tab for more details.