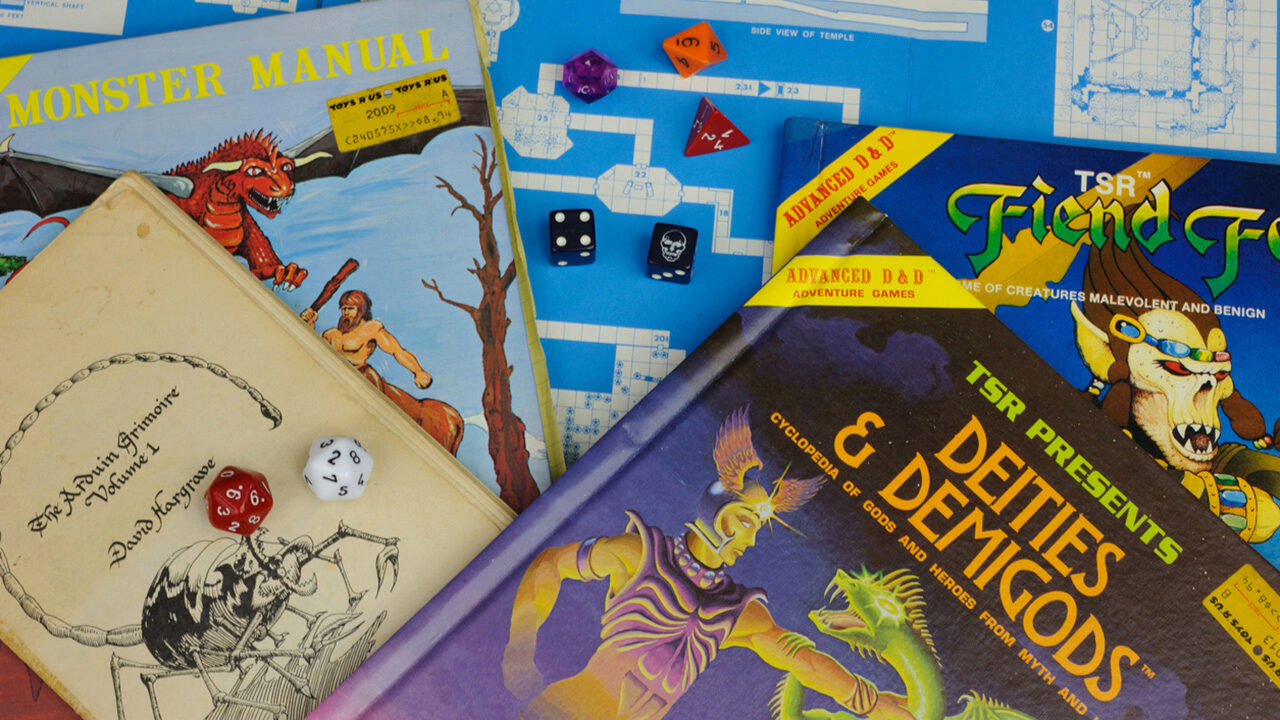 Like most high school students on the U.S. East Coast, Emily Scott started school this week. A junior at Pennsylvania Leadership Charter School in Philadelphia, Scott is faced with all sorts of choices as she thinks about her demanding course schedule, standardized testing and college visits and applications.

And then, of course, she needs to decide if she wants to join the Dungeons & Dragons club.

“I started playing Dungeons & Dragons my freshman year of high school,” says Scott, who found her way to the fantasy role-playing game that is powered by players’ interests and creativity when a few friends suggested she give it a try (to be clear, we’re talking about the tabletop game, here, not the online version). “I played the first game and immediately fell in love. These days, we have social media and information at our fingertips, and the imagination is not as important as it used to be. D&D helps to bring back that imaginative spirit. You can be a warlock or a werewolf or anything you want to be.”

From Forgotten Realms to LinkedIn

The Dungeons & Dragons board game, trendy in the 1970s and 1980s among those with a flare for the dark and dramatic, has been making a resurgence amid the booming nerd culture, popularized by the likes of Sheldon Cooper on the TV show Big Bang Theory and in the science fiction series Stranger Things. Mary Pilon, who wrote an article on the subject this July for Bloomberg Businessweek and was a recent guest on the Knowledge@Wharton radio show on SiriusXM, said, “According to Wizards of the Coast, which puts out D&D, the game has had double-digit growth for the last few years… It’s a lot more mainstream than in the heyday in the 70s and 80s.”

As Generation Z and Millennials embrace D&D’s non-digital, face-to-face, storytelling experience, it has become the ultimate throwback for Gen Xers, who spent their teen years lost in the elaborate challenges facing their colorful D&D characters.

Reid Hoffmann, the founder of professional networking site LinkedIn, recently told Business Insider that when a babysitter introduced him to D&D at age 10 (he’s now 52), it changed his life. “I spent literally days and days and days and days just doing that, and that led me to a sense of strategy which was then, of course, very helpful when I later got to my entrepreneurial and business life.”

Inspired by Hoffmann’s tale of the intersection between his D&D passion and his business acumen, we set out to highlight some parallels between the Dungeons & Dragons’ renaissance and skills in the business world.

For Scott, who has stepped through her share of magical portals, that connection is real. “Learning how to adapt to different environments and how to think critically about solving problems is important,” she notes. “The entirety of D&D is based on that; it’s like a living book. There might be a bridge with a river that is too deep to cross, but the bridge looks like it could be dangerous. How are you planning to cross that river? Those kinds of problems need to be solved. The more creative you are, the more fun the game becomes.”

Devon Chulick is literally a master of that creativity. While his day job is product management at Chubbies, an online clothing brand for men that is based in San Francisco, he moonlights as a professional dungeon master, organizing D&D games and taking the lead on creating the details and challenges of each adventure. Dungeon master Chulick is in demand by companies like Google and Nintendo who are looking for unique and fun opportunities to build employee and team morale.

“D&D is collaborative storytelling…It does really help you connect with other people.” — Devon Chulick, Dungeon Master

Chulick joined the discussion on the K@W radio show, where he underscored D&D’s business strength in helping people work together. “One of the biggest things is that D&D is collaborative storytelling,” said Chulick, who runs a Dungeons & Dragons game every Sunday night on the Twitch live-streaming platform for gamers. “It’s so unique in that way and it does really help you connect with other people. Our community on Twitch is amazing, and these people all enjoy being part of this three or four-hour weekly story we tell together…It’s also a fun thing for employees to ban together and increase morale.” Chulick added that he relishes “nerd night” at Chubbies, when he gets to direct his coworkers in D&D adventures.

Ethan Mollick, a Wharton associate professor of management who studies entrepreneurship and innovation and follows the gaming industry, has researched the connection between workplace training and gaming, concluding that “the best game designers know that for a game to be fun, it also needs to teach something – even if that “something” is relatively simple. The best games keep players constantly teetering on the brink of mastery, even as they employ new twists and challenges to force players to rethink the lessons they have already learned.”

D&D fans are subconsciously amping up their business judgment and expertise through creativity, strategy, decision-making, problem-solving, collaboration, and Timm Woods adds one more — computation, which is essential in today’s data-driven business environment. Woods, also a guest on the K@W radio show, is a full-time professional dungeon master in New York City who runs D&D camps and school-enrichment programs. “The dice of dungeons and dragons are very interesting,” said Woods. “You’re always rolling the 20-sided dice in the game. I learned all the math I know from D&D. So much of it is math disguised as fun.”

The final word on the connection between D&D druids and business wizards goes to journalist Pilon, a long-time D&D player and nerd-culture analyst. Even collaboration needs healthy competition, the spirit that often fuels the business machine. “We’re going to continue to see a lot of growth in this area,” said Pilon. “I’m personally interested in how the explosive growth of e-sports will intersect with D&D, and whether D&D will become like Fortnite or Overwatch because there’s now this huge market of people wanting to play more competitively.”

“Nerd on!” added Pilon. Passion in gaming – and business – enriches the story, wherever it leads.

What are the key intersections between D&D and business? Can you think of others that are not mentioned here?

Do you play Dungeons & Dragons? Why? How do you feel about the fact that it is becoming more mainstream?

Mary Pilon said, “I’m personally interested in how the explosive growth of e-sports will intersect with D&D, and whether D&D will become like Fortnite or Overwatch.” Do you think D&D has the potential to launch into the competitive world of gaming? Why or why not?

One comment on “How Dungeons & Dragons Sparks Business Insight”