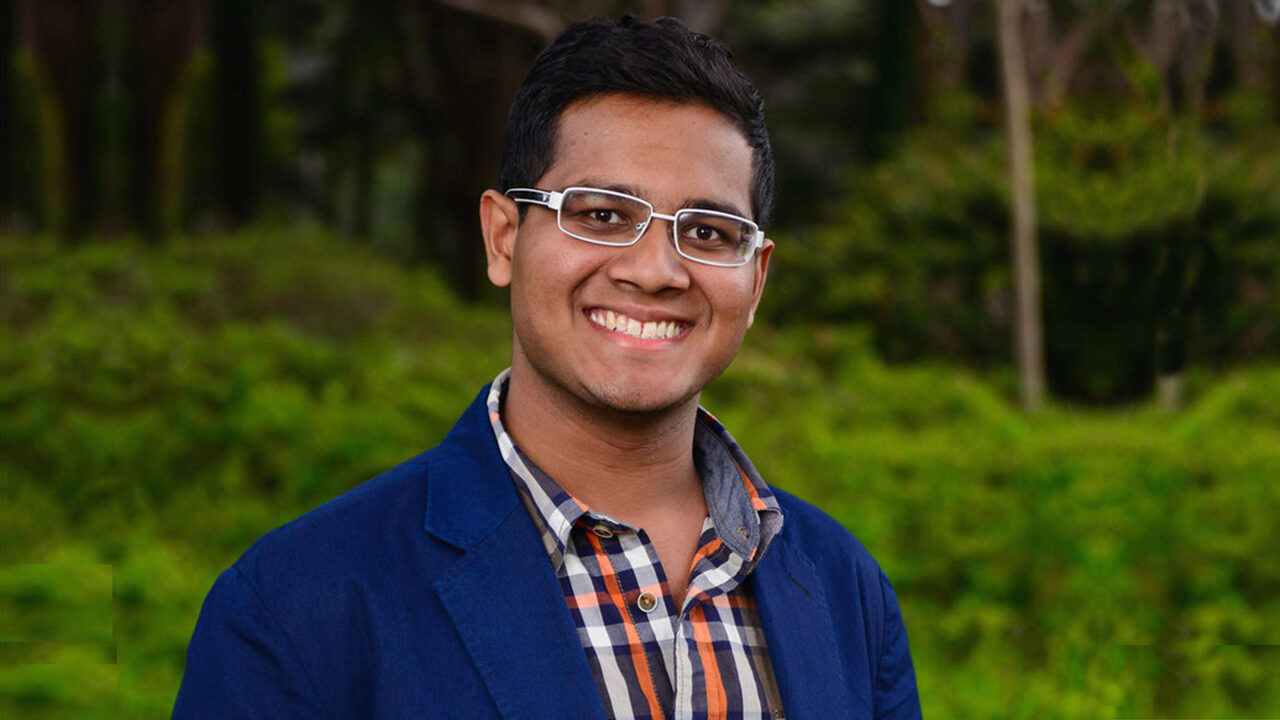 Even though he’s still a teenager, Rajat Bhageria is uniquely positioned to talk about entrepreneurship and the skills that help us to succeed in our lives after high school. He is the founder and CEO of ThirdEye Technologies, a startup that helps the visually impaired through object recognition from auditory feedback. He is also the author of What High School Didn’t Teach Me, a book he wrote during the summer before his freshman year at the University of Pennsylvania, where he is studying in both Wharton and the engineering school. Bhageria recently sat down with KWHS interviewer Nithya Kasi, a Wharton freshman, to talk about his business and the value of learning for the sake of learning, not just to get an “A.”

Knowledge@Wharton High School (KWHS): Let’s discuss your latest entrepreneurial endeavor. How did you come up with the idea to provide visual assistance to the blind?

Rajat Bhageria: The reason that we started ThirdEye is that all [our] co-founders really believe in doing something with massive impact — something that can literally change the lives of people by 10 times. That’s our metric: 10 times. We don’t want to build something or work on something that offers 10% increments and less. Just watching visually impaired people, everything they do, they’re dependent on others. They consistently have to ask for help [with] things that you and I take for granted, like recognizing between [different denominations of] money or recognizing that you’re eating soup and you need to put the spoon inside, to recognizing that this is a Coke bottle, this is a water bottle. [These are] things that we take for granted, but they’re really difficult for some people. We couldn’t imagine life like that. So we believed that changing this group’s lives would lead us to have a big impact in the world.

KWHS: How did that inspiration turn into wanting to actually start the company? And what stage is ThirdEye Technologies in these days?

Bhageria: It is a pretty simple story. We actually started at the PennApps Hackathon, [an event where people who are excited about programming come together for a weekend and work together to build new things]. It was just three close friends. We had met in some of our computer classes. We didn’t have any company idea in mind, we were just like, “Let’s build something.” We got our hands on [the wearable technology] Google Glass, and we were like, OK, let’s build something to help the blind. [Their creation is software running on Google Glass that tells the visually impaired what they are looking at.] We ended up doing really well at the hackathon. As a result of that, a bunch of investors in the Philly/New York areas, and also advisors, were like, “Hey, you guys should potentially consider doing this full time. (Well, of course during school.) Take it to the next level.”

We didn’t think there was any opportunity cost to that. We’re students. We’re paying a ton of money to go to this school already. We’re paying rent. [We figured], what do we have to lose? The only thing that can happen is [we learn something], even if we fail. That’s the mindset we had going in. It’s been a phenomenal journey. I’ve learned so much about everything and anything, [including] managing my own psychology, because it is tremendously difficult working with a team. I learned how hard working with people and managing people actually is. I’ve learned how to do basic finance accounting, and how to, of course, design more software. [I’ve also learned how] to get [attention from the press] and everything else. These are all things that will be helpful later on in life. ThirdEye’s at a really good place right now.

KWHS: So, more about your book, What High School Didn’t Teach Me. What prompted you to write it?

Bhageria: I think this will resonate with all students. I went through the [high school] system, just taking it all in. I didn’t react much. I went through the system and [followed directions]. Do well in school. Do all the extracurriculars. Get into college. And then take it from there. At the end of my senior year, I was like, “What did I learn these last four years?” I got into a phenomenal school, but is that really the point of life, just to get into [places]? Get into the next job. Get a promotion. I felt [that model] doesn’t really work.

And the more I considered it, [the more I realized that] throughout these last four years, I was just being forced to memorize, memorize, memorize. I didn’t have much say in what I was doing. It was: Take all this information in and spit it [back out] on a test. Learn new information. Spit it out again. Do this over and over again.

The first question a lot of my friends would ask was, “Is this going to be on the test?” That makes it very obvious that the only thing you care about is a grade. From a very early age, schools have conditioned us to focus on [getting] a good grade…. And then there are negative reinforcements from not only your parents, but also from the school, to do well. And because of this, we’ve become very [averse to] taking risks. We don’t want to take risks. We’ve become focused on this very small box. I feel we’re killing creativity based on that.

KWHS: What would you say are three key takeaways from your book that high school students should know?

You should also try to make it somewhat practical. What I mean by that is [to find a way to relate] what you learn to your life experiences. That leads to [increasing your long-term potential]. Basically, you learn something and you actually apply it to your own life. Maybe if you’re learning derivatives in math, then try to take these concepts and actually apply them to something you’re doing. If you apply it to your own life, you’re going to learn it and care about it. And if you care about it, you’re fundamentally going to remember it and want to learn it. I think that’s really important. You actually have to want to learn something. It can’t be like, “Oh, she’s just making me memorize it or he’s making me memorize it.”

And I think the third thing is more important than the first two. I personally think that everyone should gain entrepreneurial experience. There’s a beauty in entrepreneurship in that you have this idea in your head — everyone has ideas. You have to take this idea and bring it to reality. Because of that, you’re intrinsically motivated because it’s your thing. And you’re going to put up with all the crap that comes at you, because there’s going to be a lot of it. You have to go through it and you have to learn how to put up with failure. You have to learn it yourself. Nobody’s going to spoon-feed you.

KWHS: Clearly you’ve had some great success in work with your book and your company. But what would you say was your greatest misstep so far, and what did you learn from it?

Bhageria: I had just finished my senior year of high school, and after I got into college there wasn’t much to do. It was the last summer before coming to school, the last summer with family. And I was like, what’s the best thing I can do with the summer? I didn’t really want to work anywhere. [So I decided to work on my book]. A lot of my friends were like, “What makes you think you can write a book? Who do you think you are?” But I felt that it needed to happen. This needs to exist.

The thing is, I wrote this book and I vastly underestimated how long it would actually take. I thought, I’ll get it done in a month and I’ll be done. I [planned] to write 5,000 words a day, which I thought somehow I’d be able to do. But editing took forever. Because of that, I didn’t have much of a chance to do anything with the book. I published it out, but I didn’t have a chance to set up a community or set up time for people to actually do something with it, which I think could have been really successful. Something like what Four Hour Work Week Tim Ferriss (see link below) has done. I think that’s the biggest misstep I had.

KWHS: Looking ahead, where do you see yourself in five years?

Bhageria: Ideally, I will figure out some problem that I’m deeply passionate about and I will dedicate life to solving that problem. I don’t know exactly what that problem is going to be, but I’m really leaning towards the sharing economy and the Internet space right now.

What does Rajat Bhageria mean when he says he didn’t see any “opportunity cost” to taking his team’s hackathon idea to the next level?

How do you feel about Bhageria’s hypothesis that high school kills creativity? Do you agree? Why or why not? Check out the link to Ken Robinson’s TED talk in “Related Links” for further exploration.

Bhageria’s discussion of his misstep is actually framed within a success — the writing and publication of a book. But the point he is making about producing something that drips with unrealized potential is a good one. Today’s social media culture provides an entirely new channel for idea development and implementation, especially in publishing. Help Rajat build out his What High School Didn’t Teach Me community. How might he have leveraged his own creation better?

5 comments on “Is High School Killing Your Creativity? Rajat Bhageria Has a Remedy for That”

How an Investment-minded Student Started Financial Literacy for You