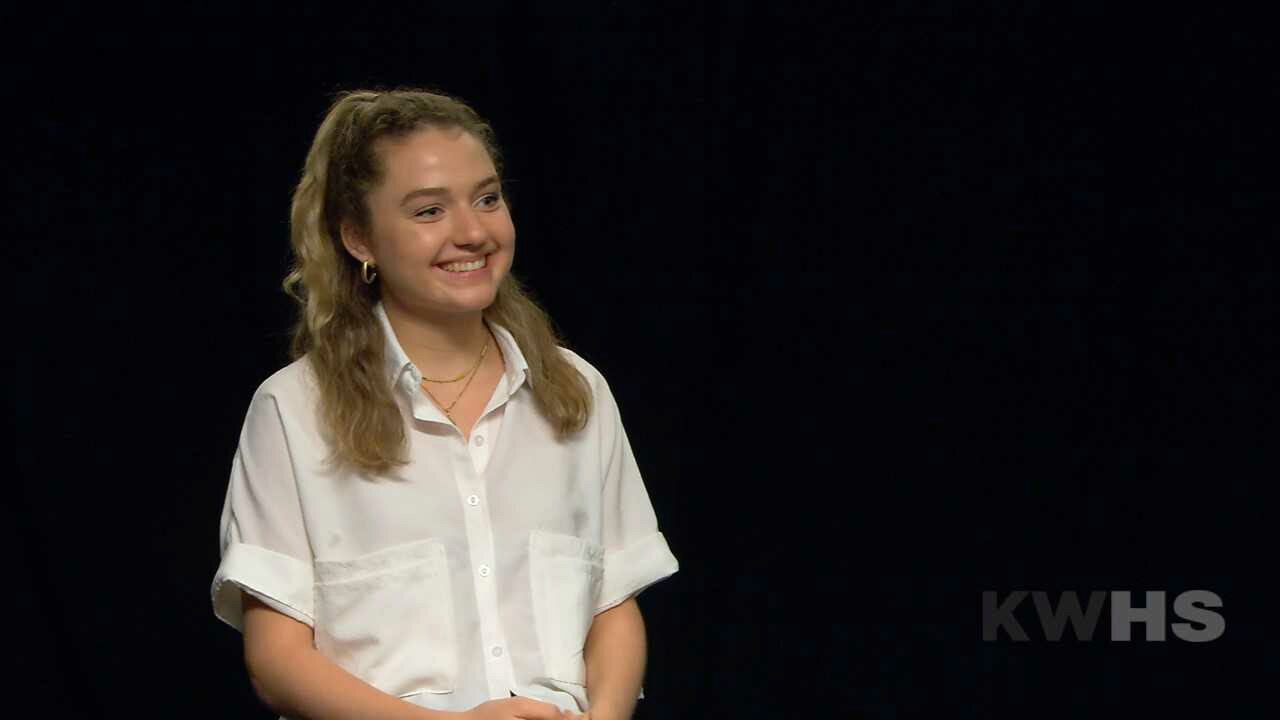 If you have played or even seen Pokemon Go, then you’re already familiar with one of the hottest high-tech concepts around, augmented reality or AR. Augmented reality mixes the physical with the virtual, superimposing a computer-generated image onto the view of the real world so that it becomes an interactive experience of a real-world environment.

Alex Poscente, a sophomore at the Wharton School, University of Pennsylvania and an entrepreneur, is working on new and unique applications of AR technology. Her company, Space, Inc., is a mobile application that leverages a breakthrough, geospatial [data associated with a particular location] tracking and authentication platform with augmented reality solutions to create — in real-time — an infinite number of close-proximity interactions, facilitating in-person connectivity. It also provides a next-generation advertising platform, as well as empowering retailers by giving them more control of customer experiences within retail stores.

If this all sounds other-worldly, not to worry. KWHS interviewer Emmie Stratakis (also a U Penn soph) sat down recently with Alex to discuss her company and her entrepreneurship journey.

An edited transcript of the interview appears below.

Knowledge@Wharton High School: Hi, everyone. We’re here with Alex Poscente. She is a sophomore in the Wharton School, and her love for entrepreneurship started when she was much younger. But ever since then, she’s been working to turn her ideas into businesses. She’s most interested in businesses that will inspire change and make the world a better place. Hi, Alex. Thank you for being here.

KWHS: Can you tell us about your most recent startup?

Poscente: Right now, I’m working on an augmented reality framework that we are going to license to companies initially, create a studio for AR, and then proceed to create a social media platform. Virtual reality is when you put the goggles on and you’re completely removed from the world around you. Augmented reality is [when] the technology that you’re using incorporates the environment that you’re in, into the framework that the world exists in.

For instance, [consider] Snapchat. You put the doggie ears on yourself, right? That’s a filter, but it’s two-dimensional. So, there are the dimensions of the phone and the person. If you were to be on your phone, you wouldn’t see the same filter that’s on my camera, correct? So what we’re doing is creating satellite signal interception, which means that it’s geospatial augmented reality. We’re integrating the third dimension, which means that if you were to have doggie ears on, I would see it from anyone’s platform, no matter what angle, no matter what device.

KWHS: Can you tell us a little bit more about how augmented reality might work?

Poscente: Sure. So, as part of our retail licensing of the [Space, Inc.] framework, say you would walk into a Starbucks [to buy some food], and we know exactly where that product is in the food section. We know exactly which food you reach for, because we’re able to track the person with their device, and the product inside of the actual physical retail location. So, we can track exactly where you reach, what you grab, and when you walk out. It charges you automatically. It eradicates the need for cashiers. Also, if you were inside the Starbucks space, you could expand your network, launching connections. You could play Connect 4. You were sitting across the table from me, I was sitting in front of you, we could literally just set up our device and play Connect 4 in front of each other. And because it is three-dimensional, it doesn’t matter where you are in the store. You can access anyone’s AR from your device. Another example would be, say someone ordered a drink and it looked really good. You could click on the drink from across the room and know exactly what they ordered, and walk up and order the same thing.

Poscente: It’s hard to say exactly what augmented reality could be used for specifically, because there’s such a range. And of course, this is all hypothetical. Nothing’s set in stone [with our specific application].

KWHS: How did you come up with this idea? And how did you know that it would make the world a better place?

Poscente: I was interning at Microsoft this past summer, and I was connected to a couple tech-savvy entrepreneurs in Seattle, just through networking. They were really passionate about this augmented reality framework and weren’t sure about rollout or how to approach it. They came to me, and you know when you meet someone, it’s just like — immediately back and forth, hyper-connection. Just like, “Who are you, what are you doing, and how can I do it with you?” That was basically what it was. Now we’re working on it. His name is Josh Cohen. And my CTO [Chief Technology Officer], Jason Lucas, has been in the tech industry for a really long time. He’s 50 years old, so he knows what he’s doing.

KWHS: When you found this idea, how did you know that it could be successfully implemented? And then thereafter, what was your thought process in being able to implement it?

Poscente: I think the fact that it’s geospatial, and because it is three-dimensional augmented reality and that’s never happened before, nor is it physically possible except for the way that we’re approaching it. I think that was the most attractive part. And the reason why — to answer your previous question — I think it’ll make the world a better place is because it allows technical innovation to be integrated into social environments, real-time, real-space. So, if you wanted to launch a connection with someone inside of a coffee shop, right there, you could send your request and expand your network. Or you could grab and go, because we’re able to track everyone up to a decimeter of accuracy. So it could be applied to optimization, network expansion, and entertainment.

KWHS: You think you have a variety of different markets for this.

KWHS: How do you know when it’s time to pull the plug on a project and move on to another project?

Poscente: I would say when things just don’t seem to fall into place. When you can’t find it in you to commit to a project or schedule the meetings or send the e-mails. When you’re not passionate about it- — that’s when I pull the plug. When I personally stop believing in it, just because I don’t think it’s a good idea anymore, or my perspective changes.

KWHS: This isn’t your first business. Could you tell us a little bit about your journey as an entrepreneur, and what you would advise to young entrepreneurs out there who are looking to start?

Poscente: Sure. I have basically been an entrepreneur since I was born. When I was four and my parents were at work, I would sell their stuff at weekly garage sales in my neighborhood. And I would have my older sibling help me carry out all the things I couldn’t physically carry. I got into a lot of trouble. [Those were] the early days. Then I started a camp for kids. And then I decided that I wanted to do more socially focused entrepreneurship, so I started a company called Young Artists of Dallas, where I sold student art at market price. So, 15-year-olds were making $600 on their canvasses, just because I wanted to equate passion to profit.

Then I came to Wharton, and I was working on an anti-radiation product company. Then, AR just fell into my lap. That’s the bullet-point version of my journey as an entrepreneur. If I were to give any advice to entrepreneurs, it’s to meet as many people as you can, always, any time. Always form that human connection. And it’s not even for the ulterior motive of expanding your network. It’s just, get to know people at a really fundamental level, and understand what intrinsically motivates them. And know that there’s always something to learn from everyone. That is the main thing that I’ve taken with me.

What are your experiences with augmented reality, either through games, your phone or other ways? What intrigues you about this technology?

Alex Poscente’s best advice is to “form that human connection.” This is not always easy in today’s social media culture. Do you feel this skill has been lost in your generation? What skills do you need to make deeper connections? What advice would you give to others for getting to know people on a “fundamental level,” especially people who are new in your life?

Alex Poscente could be described as a serial entrepreneur, and she is only 19 years old. Research that concept and what qualities define serial entrepreneurs. Do you think Alex will run Space, Inc. for the rest of her life? Why or why not? What other well-known entrepreneurs fit this description?