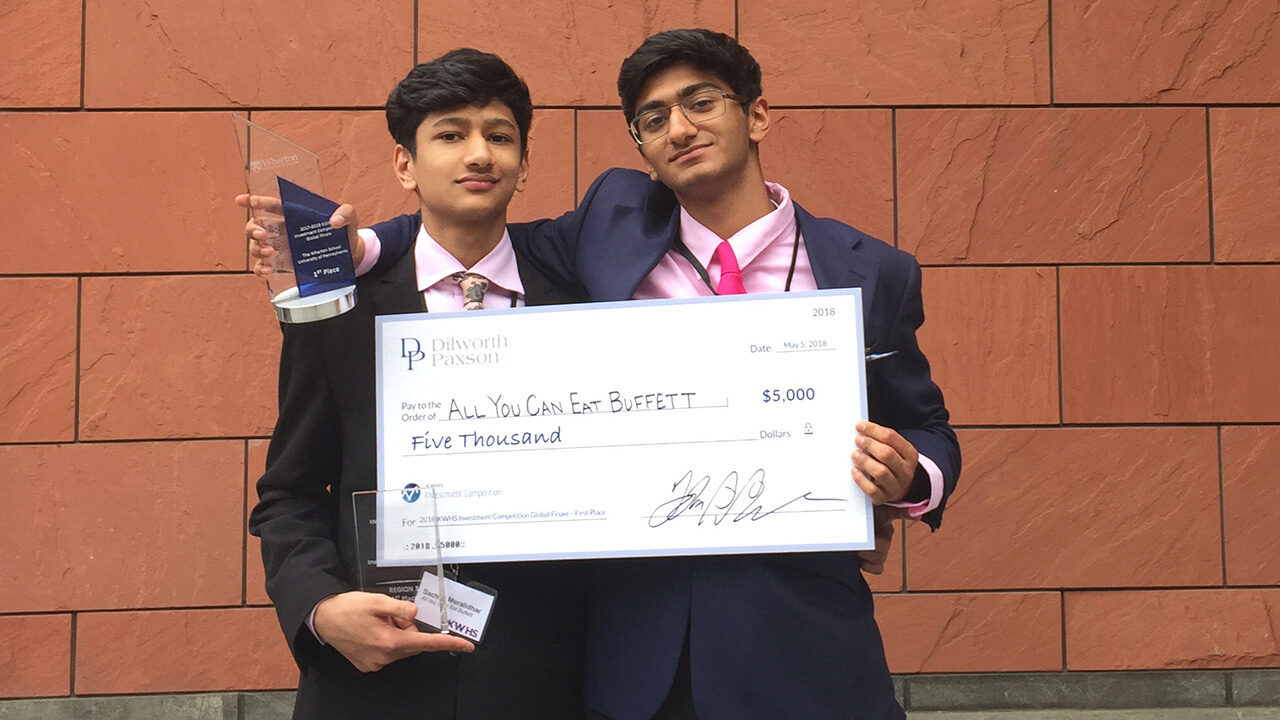 Some of you will recognize the name Sid Muralidhar. Sid, 18, was the leader of last year’s KWHS Investment Competition team All You Can Eat Buffett from Virginia, which took first place in Region 3 and the Global Finale of our competition. Sid went to the No. 1 high school in the country, had above a 4.0 weighted GPA, took 13 AP credits and received a 4 or 5 on all the AP exams, got a 1540 on his first and only attempt at the SAT, and published three research papers in professional investment journals, among other accolades (like winning our global competition). Sid is now a freshman at Virginia Tech and we reached out to him for his opinions on the recent college admissions scandal, which he has expressed below.”

When the recent college admissions scandal broke, I didn’t react the way I usually do when the Wall Street Journal Breaking News alert popped up on my phone. “Parents and students using money and influence to sway the college admissions decision process.” Not at all surprising, I thought.

When I was applying to colleges, I knew of people who paid well to give them an edge. Some shelled out thousands of dollars to hire private tutors for “personalized standardized test prep” help; others hired editors and professionals to write their kids’ college essays; and still others had coaches write letters of recommendation for them, even though the applicants had no intention of playing on the college team once they arrived on campus.

While what I experienced was not the stuff of headline news or, by most standards, illegal, it was more related than many might dare to admit to the recent allegations of rich CEOs and celebrities paying for bribes to get their kids into elite universities.

The college admissions process, and college itself, has become less of a system designed to identify talent and nurture that talent in a mutually beneficial way, than a “pay-to-play” system benefiting the affluent and uber-wealthy.

Less-well-off individuals are unable to compete in a process where private Ivy League tutors cost at least $200 an hour and college-coaching firms can cost up to $40,000.

But the issue is more systemic.

Andrew Lelling, United States attorney for the District of Massachusetts, said in his press conference announcing Operation Varsity Blues, that “There can be no separate college admissions system for the wealthy.” His statement gave me hope for an injection of integrity into the troubled system. But that was too good to be true. Not even a couple minutes later he continued with, “We’re not talking about donating a building so that a school is more likely to take your son or daughter.”

What? That is precisely the definition of a completely “separate college admissions system for the wealthy!” It is safe to assume that the average American does not have enough money lying around to donate a building. We need only look at the recent U.S. government shutdown and the wave of financial strife into which it pushed the average federal worker who wasn’t able to collect a paycheck for more than a month.

“As a business student, I joke with my friends that the greatest business ever created is the American college education system. But the joke isn’t funny.” — Sid Muralidhar

In Harvard’s case, some interesting statistics have come out from the lawsuit that claims that the school intentionally discriminated against Asian-American applicants. The suit was filed in 2014 and debated in a final round of arguments last month.

While we may defend colleges’ right to select their students on whatever criteria they wish, including family wealth, we then should not defend their right to have non-profit status in an era in which schools have more than $30 billion endowments [donation of money or property to a nonprofit organization]. It just isn’t right.

As a business student, I joke with my friends that the greatest business ever created is the American college education system. But the joke isn’t funny. Colleges flagrantly take advantage of their prestige and market demand by increasing their tuition rates several multiples over wage growth and inflation. Once again, who gets hurt the most? The less wealthy, who then end up thousands of dollars in debt that takes years, and often decades, to pay off. Student debt hinders a person’s ability to make big financial decisions like buying a house or car and is linked to depression — students don’t stop paying the price once they leave college.

I might see some advantages to rising college price tags if the resulting windfall was used to advance education. That is what parents and students are seemingly paying for, is it not? But take a look at the billions of dollars going towards building a water park or lazy river on campus [at Texas Tech and the University of Missouri, to name a few]. And once again, who is the cost pushed onto? Students have to pay for a “higher quality” of life in the form of higher tuition and higher “student activity fees.”

When asked for my reaction to the recent college admissions scandal, it was not one of surprise, confusion, or anger. Until there is a real shock to the system, a gut punch, nothing will change. Colleges will continue to swim in money, as if they are Fortune 500 companies; the affluent will continue to receive a 10-lap handicap; and poorer students will continue to be pushed off into the deep end and left to drown in debt.

Maybe some good will come out of this scandal, even beyond the elevated conversations about college access that have been flooding traditional and social media. I hope proactive students will be inspired to fight for change in a system that so many of us participate in and value.

Sid’s shared his opinion, now you share yours. How did you react when you heard about the scandal? How do you feel about the higher education system in America? Do you think it’s rigged? Be sure to read the linked KWHS article on the recent scandal for further perspective.

How does student loan debt relate to this issue? What about legacy students? What does Sid mean when he says this is clearly not a meritocracy? Choose one of the many issues raised in this article (there are more than those listed) and debate it with a partner.

Do you agree or disagree with Sid Muralidhar? Share your thoughts in the comments section of this article. Chances are, Sid will respond to your comments!