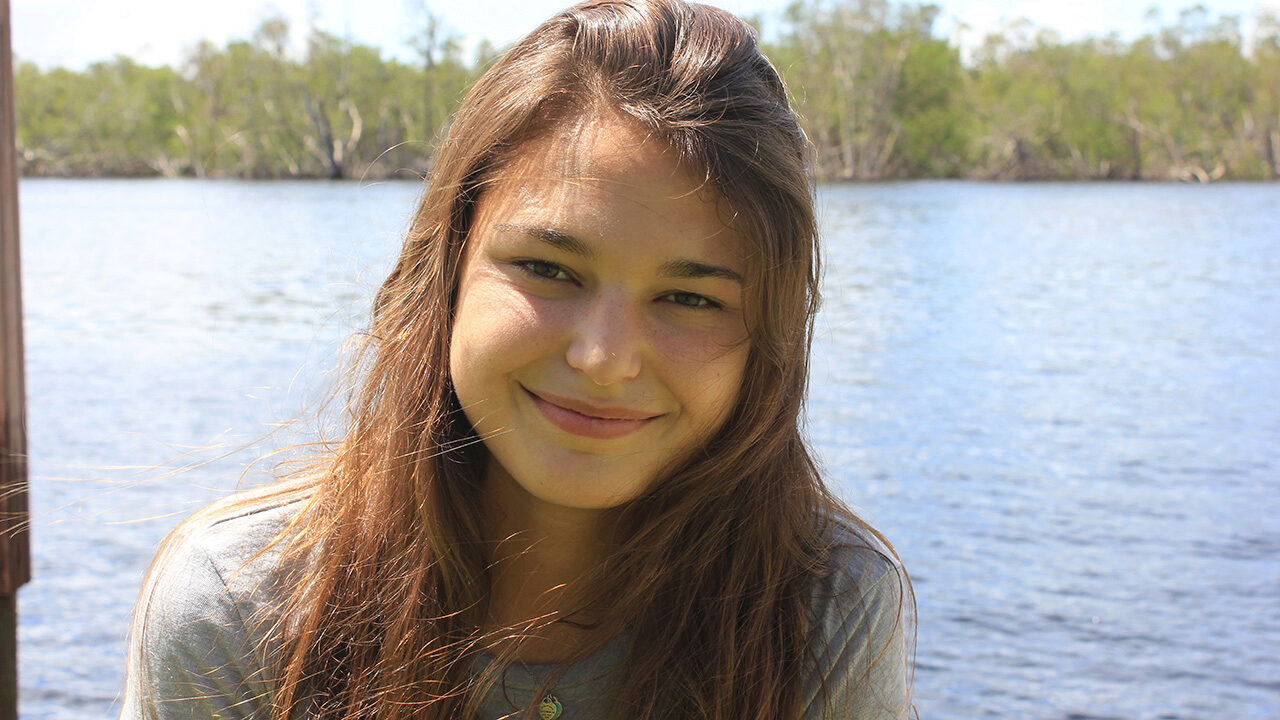 A native of Florida, U.S., Hannah Herbst, 17, has taken her love for the beach to a place that gives all new meaning to the phrase “catch a wave.” One of the youngest members of this year’s Forbes magazine 30 Under 30 class that features 600 stars in 20 different industries, Herbst has made a few waves of her own with the development of BEACON, an ocean energy probe prototype that seeks to offer a stable power source to developing countries by using untapped energy from ocean currents. Check out her website (see related links) for a scrapbook of Herbst’s travels, including a trip to the White House Science Fair to talk innovation with former president Barack Obama. By the way, she was named America’s Top Young Scientist in 2015.

Herbst is currently dual-enrolled in high school and Florida Atlantic University, where she studies computer engineering and works on refining her technology. She recently qualified to compete at the State Science & Engineering Fair of Florida at the end of March. KWHS sat down with Herbst to better understand her fascination with water power.

Knowledge@Wharton High School: It’s been said that you have a passion for solving problems. When did you figure this out? How did you develop the critical skills to become a problem solver?

Hannah Herbst: I was originally introduced to engineering as a platform for problem solving in 7th grade. I was put into a summer engineering and technology camp, and it was really interesting to me because the minute I got there I realized that I was the only girl in the program. That made me nervous to be there because I was clearly a minority. I felt very alone in that moment. We started building the robots, which is something I had never done before and many of the boys had, and I realized it was a platform for problem solving. We were solving simple tasks like how to push a robot off a platform or how can we elevate a robot to be higher than its specific marking. Learning from my peers as well as online articles about how to program and build were really interesting to me. Later that year, I received a letter from my pen pal in Ethiopia, (Africa) and I saw that engineering could be used to solve a set of problems like energy poverty, which spiraled into my project.

KWHS: Tell us about your ocean energy probe. How does it work?

Herbst: So, as I said, I have a friend in Ethiopia who lives in energy poverty. I decided to focus specifically on water power for a couple of reasons. Populations tend to settle around bodies of water because it’s necessary for survival. The second reason is that I live in Florida and I’ve been surrounded by big bodies of water my whole life. Thinking about these problems led me to [create my device] BEACON, which stands for Bringing Electricity Access to Countries through Ocean Energy. Essentially, the way the device works is it takes energy from moving water and converts it to usable electricity, which I use as a source to charge batteries, as well as a way to purify water using something called two-phase microfiltration.

KWHS: Can you expand a bit on the inspiration for your invention?

Herbst: When I was in fourth grade, my teacher introduced us to a program called Compassion International, which is a way that kids can connect with other kids across the world using a pen pal letter-writing system. There are a series of worksheets you can fill out to tell your pen pal about yourself and then you mail it off to them. I was specifically connected with Ruth when I was 9 (and she was a few years younger]. When I was in 7th grade, she was 9 years old. I received this letter from her talking about these problems because she was in energy poverty. I had been connected with her since 4th grade, but I never realized how impactful her problems could be – not having lights to study by at night, not having sanitation systems, having limited medical treatment. Those problems really stuck out to me living in the United States, so I wanted to do something to help her. I had no idea that people were living around the world without energy. I had been taking it for granted. It gave me a whole new perspective.

KWHS: Do you plan to commercialize your ocean energy probe?

Herbst: Yes, I’ve actually just improved the device to add a water purification portion. I’m refining it as I go, which has been my focus in the past few years. Within the next few years, I’m going to be open-sourcing this design [a model that encourages open collaboration] so that people all around the world can create it, whether it be to inspire kids in classrooms or for kids like Ruth who don’t have power. I’m currently working on how to open source the prototype and get it out to people all over the world.

KWHS: How would you describe yourself?

Herbst: I’m a social innovator. I see a lot of problems in the world, and I think that engineering provides a platform to fix them. I really want to help people; that’s my goal. I’m currently studying computer engineering at Florida Atlantic University, simply because I feel that computers provide a great platform to make people’s lives better.

KWHS: What has been your greatest challenge thus far and how did you overcome it?

Herbst: My biggest challenge was getting started. I was really involved in theater and athletics and I’m still really passionate about those things. Back in engineering camp when I was the only girl, I wanted to quit in that moment. I did not want to be there. But my dad told me, ‘Just try it. Do it for one day. If you don’t like it, you don’t have to go back tomorrow.’ I tried it for that day and it changed my life. My best advice for people who are interested in science: just give something a go and if you don’t like it, try something else. Think that right now you’re going to have fun and try something new. Start small and work your way up from there.

KWHS: Have you ever failed at something?

Herbst: When I first started BEACON, I was still very new to engineering. I was still getting my bearings. I built this big, complicated wave energy-collecting device. The device would break and break and break. I’d be in the back of my science lab and my teacher would say, ‘Hannah, you’ve got to take a different path. This is not working.’ I definitely had a lot of difficulty stepping away from that first prototype. It was the first thing I built and I was thinking that it had to work. The truth of the matter is that not everything is going to work, not in your first project on your first try. You have to embrace failure and realize that it’s going to happen.

KWHS: Have you always been a confident public speaker or have you had to develop these skills?

Herbst: When I was in 3rd grade, I auditioned for my first school musical. That has helped me. I started public speaking not so much intimidated by the audience, but excited to share my research. I’m not typically intimidated by public speaking, even if I’m talking to innovators. I know the most about my topic in the room. As long as I can talk to people about it, they’re going to be excited about it.

KWHS: Your bio reads like that of someone much older — in college while in high school, and so on. How do you stay grounded?

Herbst: It’s been a challenge. But what I’ve realized is that I have to create my own high school experience. I do that by doing FIRST Robotics, by playing sports like soccer and track and by getting involved in my high school, community and university. I just have to find my balance.

Does Hannah Herbst hope to earn millions from her ocean energy probe? What is her ultimate goal for her invention?

What’s your biggest takeaway from this interview? Does a part of it resonate with you in some way and make you think differently or with a fresh perspective about your own life?

Who is Ruth and how did she influence Hannah’s path to social innovation? What is energy poverty? Using the related links with this article, research the topic and discuss what you learned with a group.

How the Next Generation Can Add Value to ESG Investing