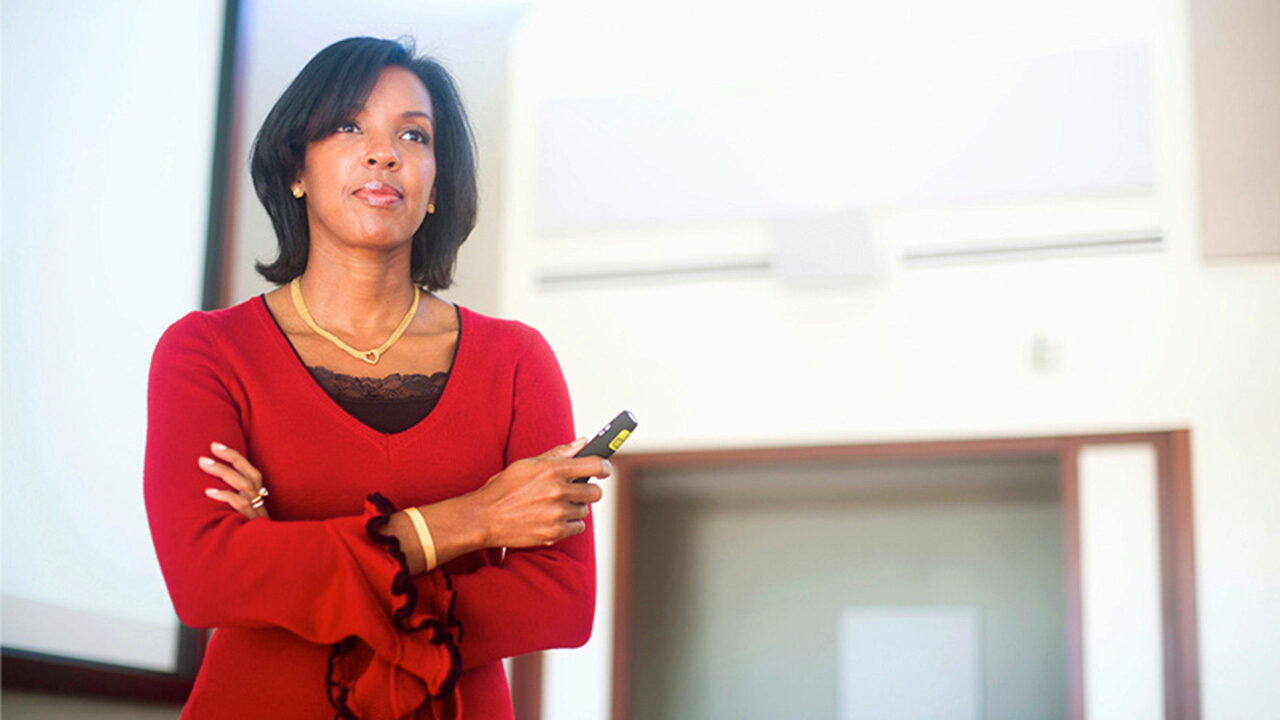 The global pandemic has added great uncertainty to our lives in the past six months, and yet many high school students have raised a collective voice of assurance about one important issue: racism in America.

The May 25, 2020 death of George Floyd, a Black man in Minneapolis, Minnesota, sparked protests that spilled into the streets of urban and suburban centers across the U.S., often led by teens rallying around the Black Lives Matter movement. “It really takes action in order for real change to come,” said Foyun D., 16, in a New York Times article about a group of high school students in Katy, Texas, who banded together to organize and lead an activism march in their town.

The fight for justice and equality is also strong in the business world. In fact, Black Lives Matter has increased the focus on racial inequalities in the workplace. At the Wharton School, which often leads the conversation on global business issues and trends, students, professors and administrators have long researched and innovated around diversity, equity and inclusion – or DEI — in business. DEI is a movement of its own.

Nia Robinson, a Wharton junior and co-founder of the Wharton Equity, Diversity and Inclusion Group, a new student initiative fostering diversity and inclusion at Wharton, provides a snapshot of DEI: “At the most basic level, diversity is who is in the room [what differences are represented around the table?]; inclusivity is who has influence in the room [do all voices have the opportunity to contribute?]; and equity is do we have fair practices for those in the room [for example, are men and women paid an equal wage?].”

“The truth is, when something isn’t your reality, you don’t see it.” — Gwen Houston, Diversity Expert

While companies are seeing the value of DEI and different perspectives by recruiting more minorities and doing employee training to help people understand the deep biases they have, progress has been slow. For example, among the CEOs of Fortune 500 companies (big companies in the U.S.), less than 1% are Black, and they are all male.

In the interview, part of the Knowledge@Wharton podcast series Leading Diversity at Work, Houston said, “Our workplaces are a microcosm of broader society. What’s happening in the world finds its way into the work environment.” Creary added: “We actually bring those same selves to work…you see people acting and engaging in racist, sexist, homophobic ways outside of the workplace, and it’s very hard for us to imagine that they wouldn’t be doing those same things inside of the workplace. And when that happens, that’s why we have inequity and lack of opportunity.”

Wharton made its own headlines in the area of DEI at the end of February 2020, when the University of Pennsylvania appointed Erika H. James as the new dean of the Wharton School. James, who took over her role July 1, is the first woman and African-American to lead Wharton in its 139-year history. Soon after, she appeared on NPR’s All Things Considered radio program. “I think that if we can create social media platforms, if we can put people on the moon and if we can have self-driving cars, there’s very little that we can’t do,” said James, who is known for her workplace-diversity research. “So, the fact that we have not yet created a more diverse work environment means that we simply haven’t prioritized it.”

Wharton is continuing to prioritize the conversations happening in society and business, from impact investing that has a positive impact on women to fair finance that promotes widespread economic prosperity. Most recently, Wharton undergraduate students gathered online in July for a town hall meeting about racism in America. Students also worked with the dean’s office and other administrators to create a new Seeds of Business course for incoming freshmen from historically underrepresented backgrounds who may not have had the same exposure as other high school students to business ideas and concepts.

Wharton student Robinson, who was happy to learn about her employer’s weekly diversity speaker series while interning at Boston Consulting Group this summer, says that the conversation around these important issues is really only the beginning. “At this stage in the game, people know about the inequities and the lack of diversity and inclusion,” she said. “After we have conversations, we need to think about where we have the empathy for change. Where are the barriers and how can we eliminate those barriers?”

Houston also underscores the importance of empathy, or learning to understand people’s experiences on a deeper level. “The truth is, when something isn’t your reality, you don’t see it,” said Houston. That’s why education and empathy are so important, especially at the top of the organizational chart. Once the unconscious bias is exposed, acknowledged and understood, change can begin.

How are protests like those sparked by the deaths of George Floyd, Brionna Taylor and others related to diversity, equity and inclusion in the workplace?

What is unconscious bias and why is it so important to this conversation? Hint: Check out the article Learning to Be Color Brave in the Related KWHS Stories with this post.

Have you worked in an internship or at a business where you have had either positive or negative experiences with diversity, equity and inclusion? Share your story in the Comment section of this article.

One comment on “The Conversation: Diversity, Equity and Inclusion in Business”

Young, Rich and Ambitious: The Life of a Successful Teen Web Entrepreneur

Providing Guidance to Others Could Boost Your Own Success