FBI Rescues Bat Child? Yes, that is an actual headline from a tabloid newspaper. It is certainly intriguing, but is it legitimate journalism? Many would argue that it is not. A high school student in India has started his own anti-sensationalism campaign by launching a “real news” publication for his peers. Seasoned journalists weigh in on the sensationalism debate and what it means for your career.…Read More 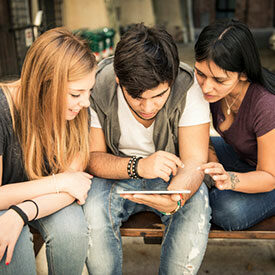 When was the last time you read a newspaper article or listened to a report that shocked, startled or thrilled you? I have two words for you: Miley Cyrus. Chances are, you, like many others, often fall prey to sensational journalism. Sensationalism, simply put, is hype – news or topics that are played up to appeal to your senses and not necessarily your intellect. If you like that type of news, then read on. But if you crave authentic, serious, multi-source journalism, then you need to look elsewhere. While tabloid newspapers like National Enquirer, Star Magazine, The Mirror and The Sun use sensationalism to attract readers and increase sales, other news outlets also feature sensationalistic headlines and articles for much the same reason.

Sensationalism in journalism has existed from the early days of the printing press in the 16th century, says George Taber, former business editor at Time magazine and co-founder and editor of NJBIZ, a New Jersey business weekly he sold in 2005. “Sensation sells, and more people are more interested in the latest crime than they are in the development of a new form of energy,” notes Taber, who has back-burnered his journalism career these days to author several books on wine. “Most newspapers that were sensationalistic talked of the latest crime killing.”

Over time, serious publications began to attract readers and markets, but owners of media outlets say this remains a difficult task.  “Nobody has figured out how to get people to pay for outstanding quality,” Taber says. He sees the lines blurring between advertising and editorial with paid news stories and pulp journalism — which is sub-standard, often soft news. Small publications are the first to succumb to sensationalism, but the temptation exists for bigger publications, too, he adds. “I hate to say it, but it is in the nature of the business.”

Sensationalism in the Indian news media troubled 16-year-old Sumer Sharma so much that he decided to do something about it. In May 2013, he launched INFORMission, a weekly newsletter with short, rewritten reports he considers “relevant” and free of sensationalism. On August 15, he opened his site, http://informission.webstarts.com, to public access.

“Most Indian dailies are usually filled with sensationalism like stories on crime, rapes, corruption and lot of unnecessary news,” says Sharma, an 11th grade student at The Shri Ram School, Aravali, in Gurgaon near New Delhi. He feels they miss many stories he reads in publications like The Economist and The Wall Street Journal. “I felt there could be a better and more relevant news source, especially for those in my age group of high school students.”

Sharma has his editorial plan worked out. Young readers want science and technology news, he says. He has run stories on geo-engineering, Terrafugia’s flying car and a special edition on the “Rise of the Machines” covering artificial intelligence, robots and drones, among others. One story he found exciting was on Google’s “Floating Loon” project to provide Internet access through floating balloons. “If it works, then it can even reach India’s villages where 80% [of the people] do not have Internet access,” he says.

Health and social issues are also high priorities, and Sharma has covered organ donation and poverty in India. Political coverage is limited to educational stories, such as a primer on the Hezbollah and why the Arab Spring failed. Sharma regularly updates world stories, most recently on whistleblowers Bradley Manning and Edward Snowden. Sports coverage is also part of his staple, with stories on the F1 Grand Prix and Indian blade runner D.P. Singh. A regular “Leaders to Know” column profiles people like inventor Ray Kurzweil and Pakistani cricketer-turned-politician Imran Khan. He has so far stayed away from gossipy entertainment news: “I try to keep it serious.”

Sharma reads some 15 publications and condenses select stories into short reports averaging 250 words with appropriate credits. He subscribes to The Economist, Scientific American, National Geographic and Time, with the help of his father Gautam Sharma, a management consultant. He finds his online raw material from The Guardian, The New York Times and The Wall Street Journal websites, in addition to Indian publications.

Work on the newsletter takes up about two hours each weekday and the first half of Saturdays, his publishing date. Costs are nil; publishing is through a free website builder with a no-frills design. Distribution is mostly through email alerts to about 100 schoolmates, friends and family. He wants to make the newsletter more popular and include interactive features like discussion forums. He says he manages all that well with his studies, and ranks among the top students in his school. He has no plans yet to make his newsletter a commercial operation. His immediate sights are on preparing for a career in either journalism or physics.

“What this boy is doing sounds good,” says R. Sukumar, editor of Indian business daily Mint. He describes Sharma’s effort as “aggressive curation,” which refers to sorting through the volumes of web-based content and presenting it clearly and accurately.

Sukumar advises aspiring young journalists to carefully choose the first organization that they work for, because it will shape their professional values. “If it is an organization that doesn’t believe in the right brand or kind of journalism, then these people will probably become very successful journalists, but with flawed fundamentals when it comes to values, principles, processes and ethics,” he says.

Sukumar agrees that sensationalism in the media brings its purveyors more readers and page views, and therefore higher advertising revenues. He feels India’s English-language media is largely free of the tabloid-style sensationalism found in the U.K., but says it clearly exists in the electronic media and in India’s regional language publications.

However, “a lot of discerning readers are willing to pay money for high quality journalism,” notes Sukumar. “They will financially support you, although your profits will never be huge.” He is especially encouraged by India’s growing reader base for long-form, narrative journalism.

Taber, an expert in long-form writing, recalls what he often told fellow publishers in the days he ran NJBIZ. “I could tell you how you could make a lot of money with a publication. But you will be out of business in a year. If you start selling news, it will make a lot of money at the beginning but [eventually] you will lose your reputation. If you don’t have a good reputation, you don’t have anything — because why should anybody buy your publication?”

Taber agrees with Sukumar that the first job is crucial. “Once you get on the road to pulp journalism or penny journalism or sensational and scandalous stuff, you are never going to get off.” He advises young journalists to “understand and participate in new media” across print, online, radio and television formats, and train themselves in “electronic presentation” of their stories. You should describe yourselves “not as journalists, but as communicators.”

What is sensationalism in journalism?

Find a sensationalistic headline and analyze it. How might you rewrite it to be more legitimate and to suggest real news?

Do you like sensational headlines? Why or why not? Do you think journalism is becoming ever more sensationalistic as publications on and offline compete furiously for readers?

An Online Entrepreneur’s Best Friend: Getting to Know SEO