Conservationist or Venture Capitalist? Internships Help You Choose Your Path

Internships aren’t just for college kids. More and more high school students are spending their summers immersed in the real world of work to get a taste of their dream careers, or jobs they may not yet have considered. Teens share their summer internship experiences, from amphibian adventures to navigating the London Tube.…Read More 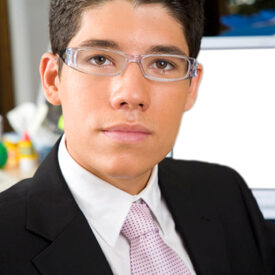 Connor Creswell, a senior at Eastside High School in Sammamish, Wash., has grown up surrounded by the world of venture capital. His dad owns a venture capital firm, which provides financial capital to innovative young companies. It is a fast-paced, often challenging part of the business landscape – and one that Creswell hopes to be a part of someday. By working for dad? No, says Creswell – owning the business. Creswell says he feels much more prepared to take over Dad’s corner office today than he did at the beginning of the summer. He spent the month of July interning for Find Invest Grow, a London-based venture capital startup for young entrepreneurs that is run by a group of 26-year-olds.

“I learned a lot about what it takes to start a company and the characteristics you need to be successful in the venture capital business,” says Creswell, who explored the potential market for client Prove My Concept, a software company with a platform to help high school students write business plans. “You have to pick up business skills in the workplace. I got to learn a lot of those skills from my London bosses that I would be learning in college and out of college, like how to give a pitch for a new product.”

Simply put, internships are career gold. Potential employers look for hands-on work experience, especially the kind that teaches real-world skills. Creswell discovered what it was like to work in an office, attend meetings, have bosses and work with clients – not to mention live away from home and ride London’s Tube 40 minutes to work each morning. “An internship can significantly help high school students make more informed decisions about their future college and career plans,” says Jeff Sharpe, executive director of high school programs at Dream Careers, a New York City company that places high school and college students in internships. Sharpe says that while not all companies will hire high school interns, opportunities do exist, especially at small companies. “An internship can often dispel overly glamorous myths or misconceptions about a career … and help ground students in the reality of what it means to work in a certain industry, especially at the entry-level.”

Kevin Heller’s ideal workplace is decidedly more lily pad than London flat. The teen conservationist, who graduated from Theodore Roosevelt High School in Leavittsburg, Ohio, this past spring, spent the end of his high school days focused on, well, frogs. As part of a grant he won from the National Environmental Education Foundation in Washington, D.C., Heller built a frog pond at his high school — with the help of fellow students — to spread biodiversity and “give everyone a better understanding of how important amphibians are to the planet.” He followed up his pond project with a summer internship building an amphibian display and educating visitors at Glen Helen, a nature preserve in Yellow Springs, Ohio.

“We can’t possibly keep using this world the way that we do,” says Heller, who is now at Kent State University studying Earth Science. “Everything around us, the beautiful things that we see, will slowly start to disappear.” As for Heller’s frog pond, which lost its initial residents to a neighborhood hawk: “When I came back from my internship, I counted about 26 frogs. It’s grown phenomenally.”

While internships are a way to immerse yourself further in a field that interests you, they are also valuable for helping you to find your niche. When Shanna Liu, a senior at Vestavia Hills High School in Alabama, sat down with her internship coordinator from Dream Careers this past summer, she knew only one thing: She liked business. “We figured out I’m outgoing and like to interact with people, so he thought the public relations field would be appropriate for me,” notes Liu, who ended up spending a month as a marketing intern with Schneider Associates, a small public relations firm in the financial district of downtown Boston. “I wrote blogs for the company and I managed their Twitter account,” says Liu. “I researched potential and [existing] clients, and I put together research portfolios that included information about the client, their competitors and what they could do to improve on their image.” Liu now plans to major in either communications or public relations.

Ozzie Rodriguez, a senior at American Heritage High School in Delray Beach, Fla., also emerged from a summer internship with a clearer view of his own future. As an intern with NBC Universal Sports in Los Angeles, Rodriguez spent a month in the studio selecting appropriately “dramatic” music to accompany promotional films for the likes of athletes Michael Phelps and Usain Bolt. “I look at an internship as an experience to see if you want to do something or not,” notes Rodriguez, who is considering a career in sports promotion. “Without this, I wouldn’t know what I want to do in the future.”

By contrast, Ari Gosselin, has long been certain of his future. The senior at Donna Klein Jewish Academy in Boca Raton, Fla., expects he will end up at his folks’ clothing firm, Bugatchi Uomo, where he has worked for five straight summers. An internship this summer with BuzzLogic, a digital media company in New York City, helped him step outside his comfort zone – and discover an entirely new business field. “I wanted a chance to work for someone other than my family,” says Gosselin, 17. “I acquired skills in communications and business ethics and how to get customers to stay with you. I learned about the relationships that go on in business.” Adds Heller of his internship: “I learned the most about myself.”

2 comments on “Conservationist or Venture Capitalist? Internships Help You Choose Your Path”