Are You In or Are You Out? Dressing for Your Job Interview

What’s in your closet? When it comes time to interview for a job, you need to assess how you dress. Push all those ripped jeans and micro-miniskirts to the back and make room for some professional apparel. Skirts, dress pants, suits, ties: Whatever your potential employer’s dress code, make sure you look the part. Dressing appropriately for the job interview will boost your confidence and suggest to your interviewer that you already fit in. Here are some tips for a successful job interview makeover.…Read More 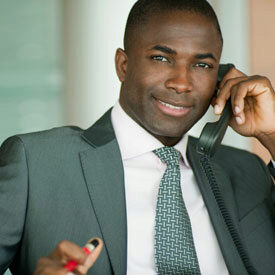 Between January and March of this year, Robert Kolmin’s life was a whirlwind of job interviews. A recent graduate of Miami University in Oxford, Ohio, with a degree in business and marketing, Kolmin spent three months having at least one job interview per week. At the end of that time, he had two job offers and now has an account executive position with InnerWorkings, a global print management provider in Chicago. After running the gauntlet of interviews and finding a job he enjoys, Kolmin has one important insight: “People base their first impressions on how you look,” he says. “First impressions are everything.”

Finding the right look for a job interview is essential, says Suzanne Coonan, a career coach and human resources specialist with Aerial Leadership in Chicago. “It’s not true that everyone gets hired on paper,” says Coonan, who has been a job recruiter for more than 15 years. She says that recruiters usually make their judgment about a candidate within the first minute of an interview, so it is important to make the right impression fast. “You can express your desire and motivation in how you appear,” adds Coonan. So, what are the secrets to winning a recruiter’s approval?

“Dress appropriately,” advise all of the job search experts. What exactly does that mean? Different company cultures suggest different dress codes. While some offices are casual – certain tech startups in Silicon Valley, for instance, are notorious for flip-flop-clad employees — others are much more professional. Kelley Barnes, senior recruiter at Vista Equity Partners in Austin, Texas, says it never hurts to ask. “If you’re not certain what the dress culture is, call the front desk.” Checking on the corporate website also works. Once you have a good idea of what employees wear at the company at which you are interviewing, Barnes recommends using your outfit to “mirror or match” that of the interviewer. This way, you look like you already fit in.

“It’s better to go a little bland and vanilla,” adds Barnes, “than to be the person who they talk about afterward and say, ‘Did you see that?’” A Careerbuilder.com article describing the top job interview wardrobe malfunctions, alludes to one memorable applicant vying for a position at the University of Chicago who sported a Madras tie as a belt and a patterned cotton hat. He wasn’t asked back. Clothes that are safe in any situation, suggests Barnes, are a button-down shirt, tie, dress pants and a jacket for men, and a skirt, rather than pants, for women. If you are going more upscale, wear a suit. “Dress for a level higher than you are going for,” notes Barnes.

Kolmin followed Barnes’ advice in his interviews, showing up in a suit and tie. “I always went with a more solid-colored tie,” he says. “I want them to look at my face. I don’t want to be too flashy. You just never know who you are going to be interviewing with. You should take every precaution to be conservative. You can always overdress, and that doesn’t hurt.”

Bill Kelly, director of system support for Micro Tech Staffing Group in Danvers, Mass., matches job candidates with client job openings. He begins by finding a person with the correct skill set, sees if they interest his client and then proceeds with an interview. He first focuses on whether or not the job candidate will fit into the new corporate environment. “You want to look like you’ll fit in,” advises Kelly. “You don’t want to be the person dressed in red when everyone else is dressed in gray.”

Coonan counters that a little individuality may also work to your advantage. Don’t dress so far outside your comfort zone that you lose your personal edge. “You want to dress professionally, but you also want to dress who you are,” she says. “Be yourself and match what the culture is. Don’t downplay who you are.” For her, it isn’t just about fitting in; it is also about showing the recruiter why you are different – in a good way – from the other candidates.

“It’s really, really important to be well-groomed,” Coonan adds. For her, this means not only a tailored appearance, but also paying attention to the little things, like polished shoes and a professional-looking handbag or briefcase. What’s more, interviewers may not get over observations like dirty fingernails or stained clothing. Kolmin learned in his business school classes that little touches could make a big difference. One professor advised: “Do not wear anything that smells,” meaning no scented deodorant, aftershave or perfume. Strong scents can be distracting and may be offensive, depending on your interviewer’s tastes.

Kolmin’s suits are getting a lot more wear these days now that he has a job in the corporate world. Making a good impression doesn’t end when you’re hired – but it most definitely starts with your job interview.

Why should you try to make a strong first impression with a recruiter?

What is company culture and how can it influence the way you choose to dress for an interview?

What does it mean to “dress who you are,” and why is this important?

An Online Entrepreneur’s Best Friend: Getting to Know SEO